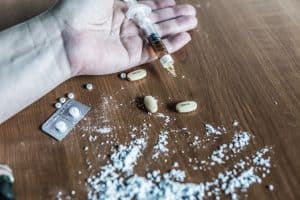 This story was first published by The Dark Wire Investigation Foundation

Police in Yonkers, New York have alerted the public to fentanyl-laced cocaine in the area after six recent overdoses.

One person died and five others were revived with the narcotics antidote Narcan, Yonkers Police told this reporter on Monday. The deceased victim was also given Narcan.

Yonkers Police have yet to determine the source of the deadly drug mixture as an investigation is ongoing, this reporter confirmed Monday.

Fentanyl is a highly-potent synthetic opioid. It is responsible for the surge in opioid-related overdoses in the past few years.

In fact, in the 12 months ending in May 2020, the U.S. Centers for Disease Control deemed it the “primary driver” for the over 81,000 overdose deaths recorded during that period.

Click here to read the original report on TheDarkWire.com