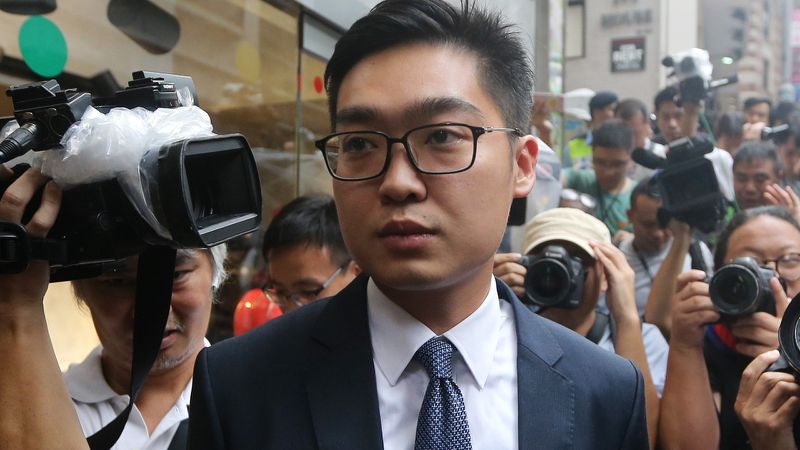 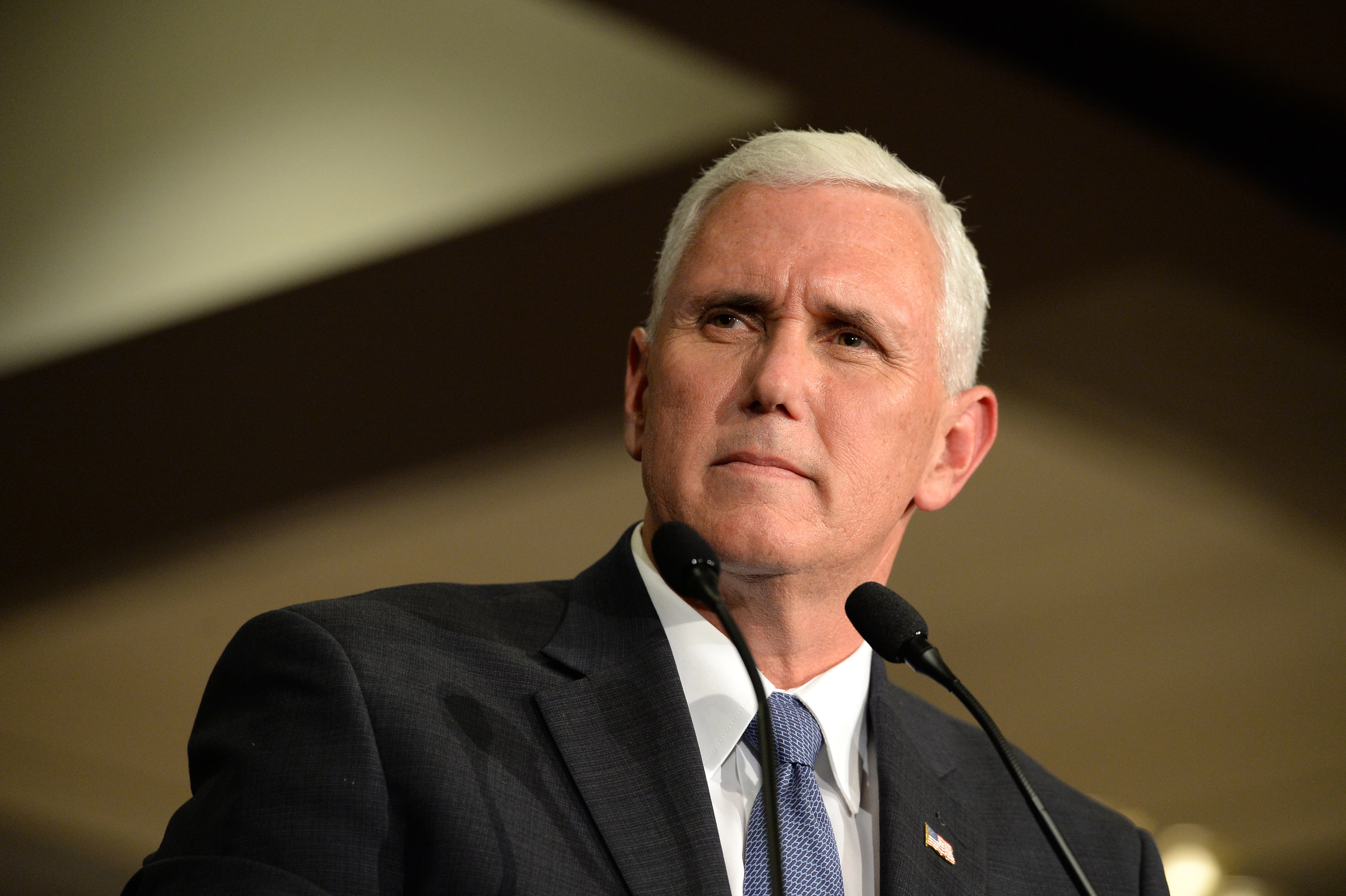 no threat is more dangerous or more urgent than radical Islamist terrorism and the authoritarian regimes, Pence

It’s a lovely sounding name for very dark times: the Ministerial to Promote a Future of Security and Peace in the Middle East. The conference with that august name just took place in Warsaw. The two-day summit led by the U.S. and Poland, ended Thursday afternoon but there was one major focus: Iran.

There were public diplomatic attempts to cast the summit as one generically focused on combatting international terrorism while promoting security and human rights. No one was fooled. U.S. Vice President Mike Pence pulled no punches:

The true goal of the summit was to galvanize a coalition of nations to work together towards one goal. They oppose the Islamic Republic of Iran’s continued effort to attain hegemony in and spread chaos and terrorism throughout and beyond the Middle East.

For years a growing number of Middle Eastern nations have, like Israel, come to view Iran as an existential threat. These Islamic countries including the Kingdom of Saudi Arabia, the United Arab Emirates and Bahrain, came to this summit and sat in the room with Israel’s representative: an astonishing feat. In all, 60 nations sent representatives to the summit.

It’s been nearly 30 years since Israel and Arab nations have come together for a peace summit, the last one was the 1991 Madrid Conference. But the length of time since the last gathering is not what made this summit so extraordinary.

What was unique about this international confabulation was that outside nations did not join together to craft and enforce a peace plan to be imposed on Israel and the Palestinian Arabs. Instead, this summit was about creating a joint peace effort with Israel and Muslim nations on one side, arrayed against Iran and its vassal states and their enablers on the other.

How did the Palestinian Arab leadership’s respond to having their conflict removed as the central focus of all Middle East issues? They refused to attend the Warsaw conference. They also failed in their efforts to induce the leadership of other Muslim nations to join their boycott.

There was one closed-door session about the Palestinian Arab-Israeli conflict, at which President Trump’s adviser and son-in-law Jared Kushner spoke. Kushner revealed at his  presentation that the administration’s Middle East peace plan would not be unveiled until after the Israeli elections in April.

WIDESPREAD AGREEMENT THAT IRAN IS THE GREATEST THREAT TO PEACE

Pence revealed that there was widespread agreement amongst conference participants on Iran as the central threat. He stated clearly: “At the outset of this historic conference, leaders from across the region agreed that the greatest threat to peace and security in the Middle East is the Islamic Republic of Iran.”

Those playing a minor role, really kicking and dragging their feet to the table, were the majority of the European nations, many of which sent lower-level diplomats rather than their foreign ministers.

The European Union refuses to change course on the Joint Community Plan of Action, the Nuclear Iran Deal, from which the Trump administration withdrew on May 8 of last year. The effort to expose the EU’s position as wrong-headed was the sub-theme of the summit.

Secretary of State Mike Pompeo joined Pence in leading the US delegation. He echoed
Pence’s praise for Arab nations cooperating with Israel to achieve peace and security in the Middle East.

“Arab and Israeli leaders were in the same room, sharing a meal and exchanging views.” They came together in what Pompeo called a new era of cooperation on how to confront “the real threats to our respective peoples emanating from the Middle East.”

The effort to corral long-standing enemies to unite and fight a greater enemy is the real red meat of international diplomacy. In this, the summit appeared to be a success. However, attendees did debate on how the international community would fight terrorism.

BATTLE OVER MOVING BEYOND OR CLINGING TO THE IRAN NUCLEAR DEAL

In this skirmish, the US is on one side, trying desperately to corral and align formerly disparate nations into one cohesive side with a single mission. The other side is being led by the European Union which continues to cling to the Joint Comprehensive Plan of Action.

The EU is just over 25 years old. It has sought to cast itself as the rising superpower, one that might replace the United States as the broker of peace and commerce in the world. The battle was the JCPOA.

Just two weeks ago, Germany, France and the United Kingdom created a financing mechanism to undermine the newly issued American sanctions against Iran. Pence blasted this effort to the summit audience. He said that subterfuge would only strengthen Iran and create still more distance between the EU and the US.

Instead, Pence called upon the EU to “stand with us and the Iranian people; to stand with our allies and friends in the region. The time has come for our European partners to withdraw from the Iran nuclear deal and join with us as we bring the economic and diplomatic pressure necessary to give the Iranian people, the region, and the world the peace, security, and freedom they deserve.”

NO SHOWS AT SUMMIT

Moreover, Russia, Iran and Turkey refused to attend the summit. Further, the EU’s representative, Federica Mogherini, was also not in attendance. Mogherini’s office claimed a scheduling conflict. Pompeo plans to meet with Mogherini on Friday in Brussels.

Instead, Iran, Russia and Turkey, met together on Thursday in Sochi, a Russian city on the Black Sea.

The summit concluded on Thursday with a joint statement from the co-chairs. They announced the establishment of half a dozen working groups and a US-Poland think tank, The Middle East Strategic Study Group, for moving discussions and actions forward. The working groups include ones on counterterrorism and illicit finance; missile proliferation; maritime and aviation security; cyber- and energy security; and humanitarian issues and human rights. Nowhere did the word “Iran” appear, but its presence could be felt everywhere.