VP Pence campaigns in Georgia ahead of Senate runoff elections there 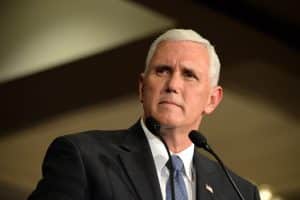 As the weather gets colder, things are heating up down in Georgia.

Ahead of two side-by-side runoff elections in Georgia on January 5, Vice President Mike Pence took some time on Friday to campaign with the state’s two incumbent GOP senators to fend off challenges from two well-funded Democratic candidates. These two races will determine which political party will hold a slim majority in the U.S. Senate during the next two-year session of Congress. If Democrats pick up both seats, the Senate will be split 50-50 and give Vice President-elect Kamala Harris the tie-breaking vote.

The Republican Party has controlled the Senate since seizing it during the 2014 midterm elections. Prior to the 2018 midterms, Republicans had controlled the House of Representatives since 2010.

This happened on the same day Georgia Secretary of State Brad Raffensperger’s office announced that, after its hand audit of the state’s election results, it has certified the results showing the President-elect Joe Biden has won the key state, making him the first Democratic presidential candidate to pick up the Peach State since 1992. While the major news outlets called the presidential election for Biden two weeks ago, President Donald Trump and his campaign have launched dozens of legal challenges to the results in multiple swing states alleging election fraud.

The vice president appeared alongside Sens. Kelly Loeffler and David Perdue at an event in the outer parts of the Atlanta metropolitan area, where he energetically reaffirmed his support for the Trump campaign’s lawsuits challenging the results in multiple states but slightly softened his rhetoric, focusing more on the runoffs and shoring up Republican turnout.

Pence is widely considered a top contender for the 2024 GOP presidential nomination and him campaigning to maintain the GOP’s Senate majority could help to position him well in less than four years from now.