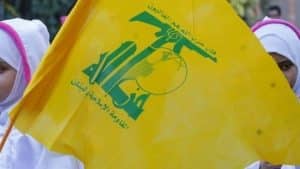 In a draft order, presented to the British Parliament, will proscribe Hezbollah in its entirety alongside Ansaroul Islam and Jamaat Nusrat al-Islam Wal-Muslimin (JNIM) who operate in the Sahel region in Africa.

Subject to Parliament’s approval, from Friday when the order comes into effect, being a member, or inviting support for Hezbollah (Hizballah), Ansaroul Islam and JNIM will be a criminal offence, carrying a sentence of up to 10 years’ imprisonment.

My priority as Home Secretary is to protect the British people. As part of this, we identify and ban any terrorist organisation which threatens our safety and security, whatever their motivations or ideology which is why I am taking action against several organisations today.

Hizballah is continuing in its attempts to destabilase the fragile situation in the Middle East – and we are no longer able to distinguish between their already banned military wing and the political party. Because of this, I have taken the decision to proscribe the group in its entirety.

We are staunch supporters of a stable and prosperous Lebanon. We cannot however be complacent when it comes to terrorism – it is clear the distinction between Hizballah’s military and political wings does not exist, and by proscribing Hizballah in all its forms, the government is sending a clear signal that its destabilising activities in the region are totally unacceptable and detrimental to the UK’s national security.

This does not change our ongoing commitment to Lebanon, with whom we have a broad and strong relationship.

The British government has taken the decision to proscribe Hezbollah in its entirety on the basis that it is no longer tenable to distinguish between the military and political wings of Hezbollah.