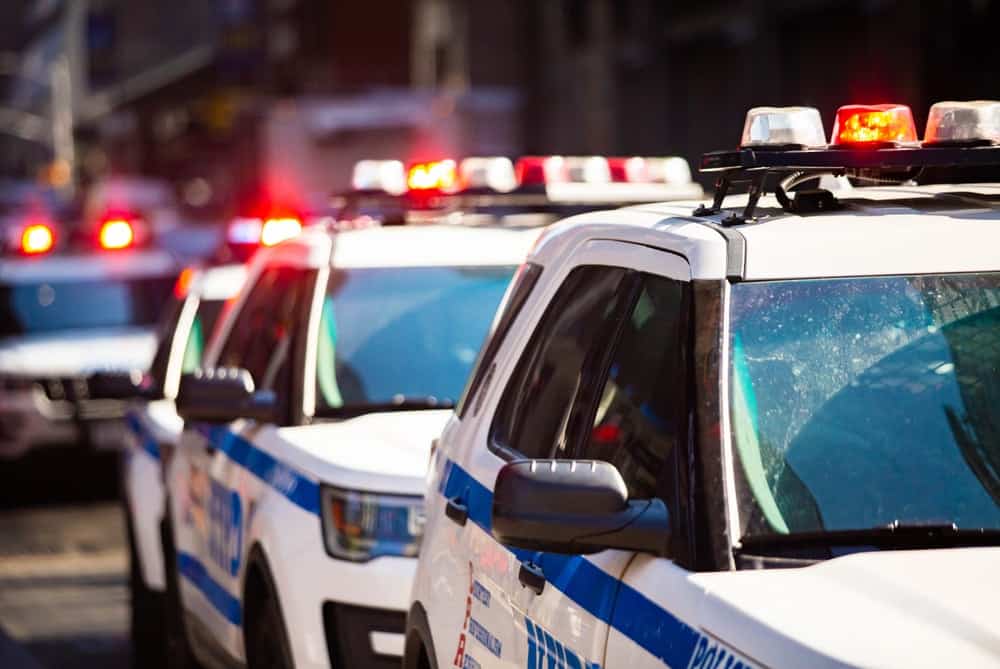 Two New York police officers stationed in The Bronx were shot and injured overnight in separate incidents that officials are calling assassination attempts.

According to ABC News, a gunman fired into their patrol van Saturday night, wounding one of them in the attack. The incident happened just before 8:30 p.m. in the South Bronx.

The officer driving the van was grazed in the chin and neck, but avoided serious injury, according to Police Commissioner Dermot Shea. The officer is expected to be released from a hospital in The Bronx on Sunday.

Audio obtained by the New York Post captures chaotic police scanner dialogue from the aftermath of the ambush.

Mayor Bill de Blasio (D) condemned the attack at a news conference outside of the hospital where the wounded officer was being treated.

Meanwhile, a second shooting occurred about 12 hours later at the headquarters of the 41st precinct. Both officers, who have not been named by the NYPD, were treated at Lincoln Hospital and are in stable condition, The Washington Post is reporting. The shooter from this incident has been taken into custody.

The coward from this morning’s shooting was quickly taken into custody. We are confident he’s responsible for last night’s shooting, as well. Below is a picture of the firearm recovered & believed to have been used in these attacks.

The investigation is active & ongoing. pic.twitter.com/aCscRwDC2P

“The coward from this morning’s shooting was quickly taken into custody,” Shea tweeted Sunday morning. “We are confident he’s responsible for last night’s shooting, as well…The investigation is active and ongoing.”

Governor Andrew Cuomo (D) also took to Twitter on Sunday morning, saying that he was “horrified” by these attacks.

Horrified by the multiple attacks on @NYPD officers in the Bronx.

NY's law enforcement officers put their lives on the line every day to keep us safe. These attacks are heinous.

Those responsible will be brought to justice & held accountable to the fullest extent of the law.

“NY’s law enforcement officers put their lives on the line every day to keep us safe. These attacks are heinous,” Cuomo wrote on Twitter. “Those responsible will be brought to justice & held accountable to the fullest extent of the law.”

New York has had a rough 2020, with a disastrous bail reform system, anti-Semitic attacks on the streets and officers being constant targets like we have seen this weekend.

Patrick J. Lynch, president of the Police Benevolent Association of the City of New York, released a statement Sunday on the two assassination attempts.

“It is a double miracle that we are not preparing for two funerals right now,” Lynch said. “These targeted attacks are exactly what we have warned against, again and again. The hatred and violence directed at cops continues to grow. Good luck and kind words are not enough to keep police officers or the public safe. Our elected officials need to start listening to us and working with us – not against us – to fix the deteriorating environment on our streets.”

The NYC PBA is the largest municipal police union in the world.

I grew up in New York City and, over many years, got to watch how GREAT NYC’s “Finest” are. Now, because of weak leadership at Governor & Mayor, stand away (water thrown at them) regulations, and lack of support, our wonderful NYC police are under assault. Stop this now!