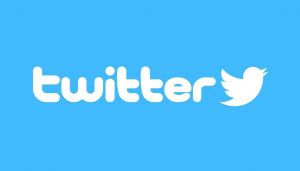 Social media platforms have become Petri dishes for the bacteria that is antisemitism to grow and flourish. Twitter is no exception to that rule.

The site allows antisemitic posts and accounts to often go unchecked. What’s more, it appears Twitter has spent more time cracking down on accounts exposing antisemitism online than it has countering actual antisemites.

A Statesville, North Carolina man, Uriah Brandon, threatened the life of a rabbi on an Instagram Live conversation with Miko Grimes, the wife former NFL Miami Dolphins football player Brent Grimes. The post was exposed by StopAntisemitism.org and shared on Twitter.

The Statesville Police Department didn’t immediately respond to requests to comment on the threat.

In the video, which is still on StopAntisemitism.org’s Facebook page, Brandon says “If I see a rabbi… I might take his life on the spot… F—- a rabbi.” Click here to see the full clip.

Here is a portion of the conversation:

The platform acted swiftly, putting the antisemitism watchdog in “Twitter jail,” meaning the post had to be deleted before a seven-day appeal process could start. The group deleted the post and waited.

On Sunday, the group cancelled the appeal because it didn’t seem like anything would come of it and it had already been six days. But, by canceling the appeal, Facebook added an additional seven days to the “jail sentence,” making it a total of 14 days before the group can get their account back. Until then, they’ve been posting from @StopAntisemitsm, a partnered account.

“We were literally punished for exposing an antisemitic physical threat where someone could have been hurt,” StopAntisemitism.org said in a statement to this reporter Tuesday.

If you’re the leader of the largest state sponsor of terrorism, however, it appears your tweets are free to post and linger.

“The nation of Palestine is under various, severe pressures,” said Iran’s Leader Sayyid Ali Hosseini Khamenei on Twitter Tuesday. “Then, the UAE acts in agreement with the Israelis & filthy Zionist agents of the U.S. —such as the Jewish member of Trump’s family— with utmost cruelty against the interests of the World of Islam. #UAEStabsMuslims“

U.S. Assistant Special Envoy To Monitor and Combat Anti-Semitism Ellie Cohanim reacted to Khamenei’s tweet, telling this reporter on Tuesday, “It is shocking to see Twitter give a platform to Iranian Supreme Leader Khamenei– which he routinely abuses to spread anti-Semitic hate. For example, just this morning he referred to members of the First Family with an anti-Semitic trope. It is well overdue for Twitter to enforce their own terms of use on Iran’s anti-Semite in Chief.”

Antisemitism online can inspire antisemites and/or validate their opinions. Unfortunately, it’s taken the loss of precious Jewish lives for many to realize that.