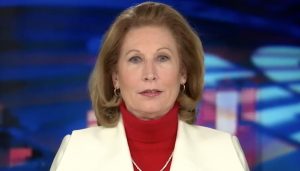 As the fight for Lt. General Michael Flynn’s case comes closer to vindication, Twitter has decided to restrict his lawyer Sidney Powell’s account for “unusual activity.”

The account of @GenFlynn's attorney, Ms. Sydney Powell (@SidneyPowell1), has been 'temporarily restricted'. Can you please explain why? We are publishing a story on this, and would appreciate your comments for the record. pic.twitter.com/VS9x5gXEMv

“I woke up to that this morning,” Powell said. “I think I’ve gotten that resolved now. I actually went on a Twitter rampage yesterday to stand up for America, to stand up for honesty, for respect, for decency, to protect our statues and our culture, to protect our freedoms, individual property rights, everything that America was built on. And that’s what comes of it?

She continued, “We also destroyed the New York Times article that came out yesterday. That was a bunch of abject lies about our case and how we conducted it. Molly McCann, my associate, did a brilliant rebuttal of that on Twitter, and of course, I retweeted that so I don’t know. I also tweeted that black lives matter is a Marxist organization, which you can see by the video of their founder.”

“It’s not something I made up and anything, any group that seeks to rule by mob and destroy anything in this country, any property and he statue anything,” Powell explained. “I mean, I was raised that you don’t touch property that isn’t yours. Whether it’s a laptop left on a seat in an airport or whatever, you pick it up and you turn it in the lost and found. But you do not do anything the harm, anyone else’s property or public property. And those who do should be severely punished immediately. We’ve got to restore American respect for other people’s property and persons.”