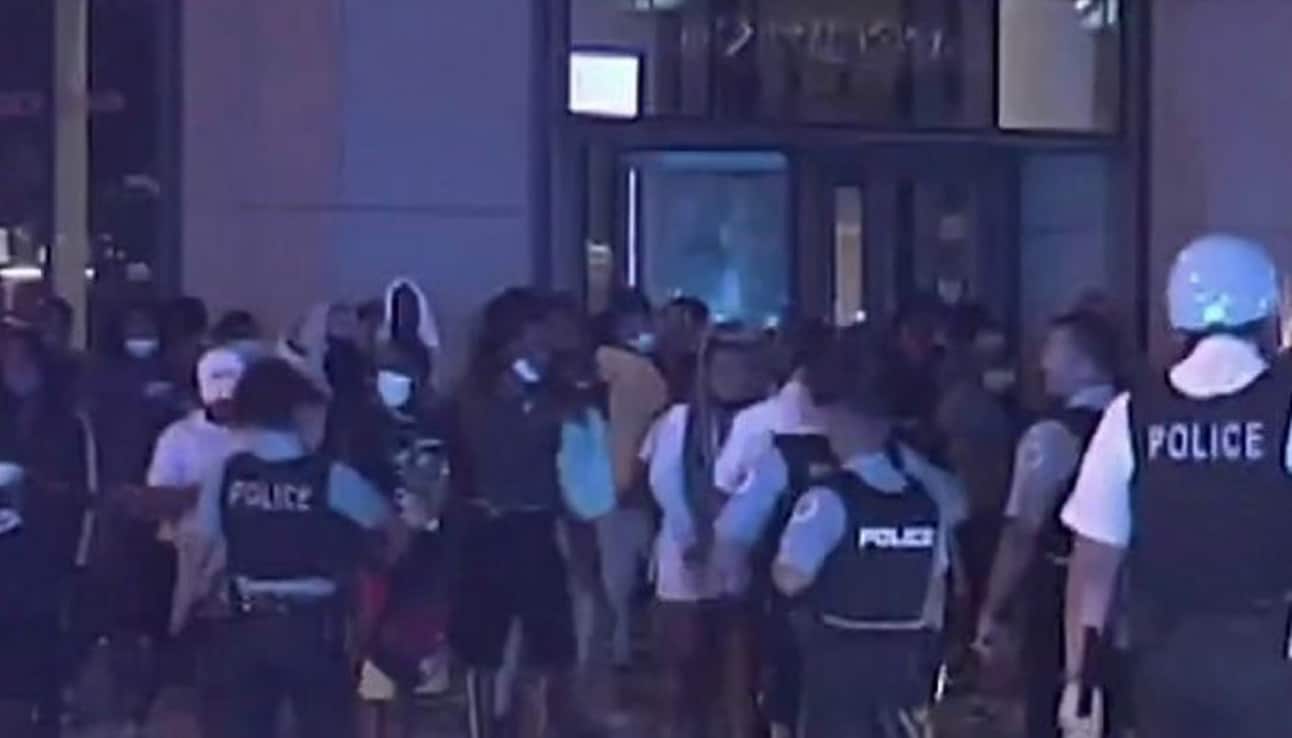 The Trump administration announced Wednesday that its scrapping the Flores Settlement, an agreement that started ‘catch and release,’ which incentivized illegal immigration and created loopholes in the system.  Basically, detention centers couldn’t hold family units for more than 20 days, even though it takes roughly 45 to 60 days to complete their immigration proceedings.

Critics of the Flores Settlement Agreement, which was based on the more liberal 9th circuit court ruling, have noted that the majority of family units never make it to court once they are released into the United States. Further, the statistics show that the families can stay up to eight years before going to court by using other loopholes in the system as an alternative to detention.

As of 2018, “ICE’s overall Average Length of Stay (ALOS) in detention is 39.8 days, but the average length of time for an alien to remain on a non-detained docket is close to 1300 days.”

Tom Homan, former Immigration and Customs Enforcement director, noted in earlier interviews with SaraACarter.com that the Flores loophole was not only a burden on the U.S. immigration system but presents a danger for children traveling with illegal migrants to the U.S. The children are being used as a tool to circumvent the immigration system, he said.

Congressional Democrats are openly advocating against the “inhumane” move. Rep. Joaquin Castro said in a statement, “President Trump and his Administration are doubling down on their cruel agenda by undermining the Flores Settlement in order to indefinitely imprison families and roll back independent oversight.” Moreover, Castro argued “Flores is not a loophole.”

Acting DHS Secretary Kevin McAleenan doubled down on those comments Wednesday on Twitter, he said, the change “addresses a court-imposed weakness in immigration law that prevented DHS from detaining a family together for more than 20 days and codifies critical commitments on the conditions for children in Federal care.”

(2/5) Today’s action addresses a court-imposed weakness in immigration law that prevented DHS from detaining a family together for more than 20 days and codifies critical commitments on the conditions for children in Federal care.

(4/5) This rule implements the commitments of the Flores settlement. While we continue to seek legislative solutions, we must take administrative action to address the ongoing security and humanitarian crisis.

(5/5) Keeping families together during immigration proceedings, & ensuring that asylum seekers w/ meritorious claims get resolution, are important steps to enhance the integrity of the system & extend protections to those that need them. See more here: https://t.co/fNibhnkxfH

The ongoing border crisis continues to stress law enforcement and backlog the immigration courts. The new plan promises “fair and expeditious immigration proceedings, and eliminates a key incentive that encourages traffickers to exploit children,” according to the acting Department of Homeland Security Secretary Kevin McAleenan.

Now, families will be held in detention centers until their court dates. Further, DHS and HHS are working together to implement changes that will “ensure humane detention of families,” while continuing to address a human trafficking epidemic. It’s an easy in for the Mexican drug cartels. This reporter spoke to residents in the Guatemalan village of Santa Rosa de Lima who told me that the children were being “recycled” as pawns to gain entry into the U.S. and then sent back to accompany a new group of adults. In FY2018, alone, ICE arrested 1,500 individuals linked to human trafficking operations.

According to DHS, the new plan will start in 60 days.