Wiretaps Of Flynn And Kislyak Could Be A Game Changer. Why Prosecutors Refuse To Release It. 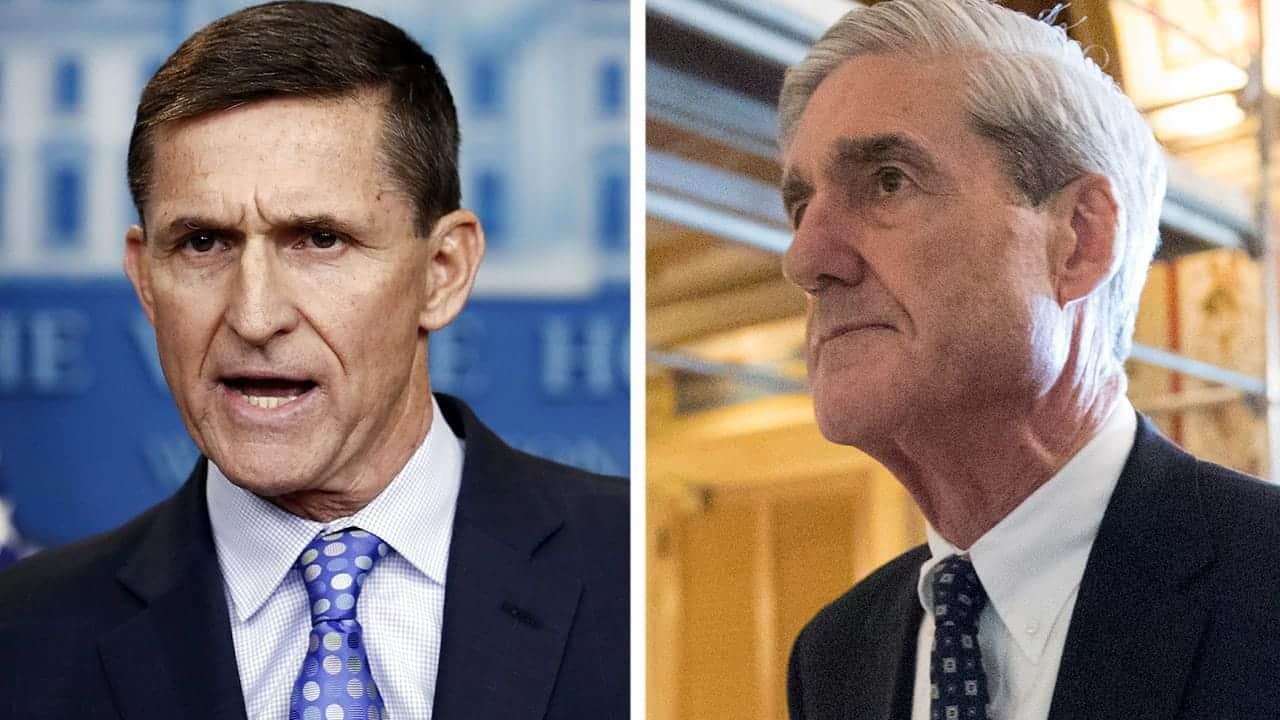 The highly classified transcript between former National Security Advisor Lt. Gen. Michael Flynn and former Russian Ambassador to the United States Sergey Kislyak would answer once and for all exactly what was said between the then senior government officials. Kislyak’s phone was being monitored by U.S. intelligence but that didn’t stop senior U.S. officials from leaking the conversation to the media. In fact, it was that essence of Flynn’s conversation with Kislyak that eventually led to Flynn being fired from his role as President Donald Trump’s national security advisor.

Knowing exactly what was said could be a game changer. Prosecutors don’t want that to happen. In fact, they argue that the transcripts aren’t essential to Flynn’s prosecution, in which he has already pleaded guilty. Isn’t that interesting, since it was senior government officials who broke the law and leaked the fact to the media that the two had spoken by phone.

“What you see in today’s filing is the government trying to avoid disclosing that material,” he said.

Interesting, again since it was the government that made it public in the first place.

Shouldn’t prosecutors be more concerned about the fact that government officials, who had access to such highly classified information, be investigated and held accountable for the leak?

Prosecutors made this argument to Federal District Court of Columbia Judge Emmet G. Sullivan late Friday night when they refused to oblige by his court order to have the transcripts released.

Flynn’s conversations with Kislyak occurred in December 2016 and were a turning point for the FBI in its investigation into the Trump campaign at the time. By January, the highly classified conversation, which was obtained by a Foreign Intelligence Surveillance Act warrant was leaked to The Washington Post. It was followed by more leaks that alleged the campaign was in cahoots with Russia and a plethora of inaccurate stories across cable networks accusing Flynn of being in the pocket of the Russian government.

Of course, now, these allegations have been debunked by four separate investigations, to include Mueller’s own report, which found that no American conspired with Russia in the 2016 presidential election.

Docket Text: MINUTE ORDER as to MICHAEL T. FLYNN. The government is hereby ORDERED to file on the public docket in this case the transcript of the “voicemail recording” referenced in the [75] Addendum to Government’s Memorandum in Aid of Sentencing and the transcripts of any other audio recordings of Mr. Flynn, including, but not limited to, audio recordings of Mr. Flynn’s conversations with Russian officials, by no later than May 31, 2019. It is FURTHER ORDERED that the government shall submit to Chambers audio versions of the recordings on a DVD by no later than May 31, 2019. Signed by Judge Emmet G. Sullivan on 5/16/2019.

Why Was Sullivan’s Order Refused By Prosecutors?

Sullivan’s order was rebuffed by the prosecution. Prosecutors did, however, release the full transcripts of a voicemail message left by Trump’s former lawyer John Dowd to Flynn’s lawyer Robert Kelner. They were formerly released by a court order and it appeared to tell a significantly different story than the one portrayed in Special Counsel Robert Mueller’s report.

Prosecutors made it appear in the Special Counsel’s report that Dowd was asking for a “heads up” if Flynn planned to say anything damaging about Trump and Mueller made it appear that he may have been obstructing. The full transcripts, however, revealed that Dowd was acting just as an attorney should and specifically stated that he did not want any classified or confidential information.

Dowd told Sean Hannity on Fox New’s Hannity show Monday night “isn’t it ironic that this man [Mueller], who kept indicting and prosecuting people for process crimes, committed a false statement in his own report.”

So it makes one wonder why the conversation between Flynn and Kislyak, which has already been disclosed by leaks from senior government officials is being kept close hold. In fact, late Friday night prosecutors suggest that they are not relying on “any other recordings.”

“The government further represents that it is not relying on any other recordings, of any person, for purposes of establishing the defendant’s guilt or determining his sentence, nor are there any other recordings that are part of the sentencing record,” states the Addendum to the Government’s Memorandum in Aid of Sentencing.

Both government sources and news reports suggest the audio transcript of the calls made by Flynn to Kislyak exist. Still, Special Counsel prosecutors suggest that “any other audio recordings” wouldn’t effect the purpose of establish guilt or determining the sentence of Flynn.

It is still unknown if there was a FISA warrant on Flynn. What’s stunning is that the classified nature of the phone calls didn’t stop multiple senior government officials from leaking the information to David Ignatius of the The Washington Post. It also didn’t matter that leaking the call and its contents gave the Russian government a heads up on which of Kislyak’s phones were being monitored by the U.S. intelligence community.

Flynn Was The Target

It didn’t matter because Flynn was the actual target.

It worked. Those government officials – who have never been named or apparently investigated – sullied Flynn’s name in the media. Later, Flynn would have to resign from the White House after Vice President Mike Pence said that Flynn never discussed Russian sanctions with Kislyak. In fact, the subject matter did come up in the brief conversations he had with the ambassador.

It also didn’t matter that Flynn, who was interviewed on Jan. 24, 2016 by FBI Special Agent Peter Strzok and his colleague FBI Special Agent Joe Pientka didn’t believe he was lying during their interview with him about his recollection of the conversation. Even former FBI Director James Comey said so. Eventually, Special Counsel Robert Mueller would get Flynn to plead guilty to one count of lying about the conversation. According to multiple sources the guilty plea was after Flynn had already gone into debt by millions of dollars and Mueller’s team threatened to bring his son Michael Flynn Jr., who had worked for his father previously and was on the transition team, into the charges.

And what about comparing the actual conversation between Flynn and Kislyak to Flynn’s 302 interview with the FBI agents? That would be revealing, wouldn’t it. Remember it was Sullivan who ordered that the FBI’s 302s be turned over and it revealed that they were dated more than seven months after the interviews were conducted on Jan. 24, 2017. It was a violation of FBI policy, say current and former FBI officials familiar with the process. According to information contained in Flynn’s memorandum, the interviews were dated Aug. 22, 2017. But strangely enough, it may be that the original 302 material (original interview with Flynn) is still under seal. It’s just not clear.

No one has been held accountable for the leak of the highly classified conversation to The Washington Post. Moreover, it didn’t seem to bother Mueller’s team much, as they didn’t even bother investigating it.