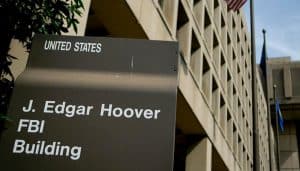 Justice Department Inspector General Michael Horowitz released a harsh summary report in May revealing that an FBI Deputy Assistant Director had numerous unauthorized contacts with the media, accepted gifts from journalists and disclosed the ‘existence’ of sensitive information under court seal to the media.

Several officials confirmed to SaraACarter.com this week that the unknown senior FBI official is Bryan Paarmann. Paarmann, who began his career with the bureau in 1996, was shuffled by FBI Director Christopher Wray in August, 2017 from his position as FBI Deputy Assistant Director of the International Operations Division to special agent in charge of the Counterterrorism Division for the New York field office. He is currently on leave and his security clearance has been suspended, sources stated.

Horowitz stated in his summary that the Department of Justice declined to prosecute.

A senior DOJ official confirmed “that the decision by the Department of Justice to decline prosecution was made before William Barr was Attorney General.”

The information comes on the heels of records obtained by Judicial Watch last week that it “received records of 14 referrals of Federal Bureau of Investigation (FBI) employees to the organization’s Office of Professional Responsibility (OPR) for the unauthorized disclosure of sensitive or classified information.”

Tom Fitton, the president of Judicial Watch, said the extent of referrals and recent information that Attorney General William Barr’s DOJ is declining to prosecute former FBI Director James Comey is concerning. The decision not to prosecute Comey was first reported by The Hill’s John Solomon.

Fitton noted that Comey kept FBI documents, memoirs of his meetings with President Trump at his house, and admitted to leaking these documents to a friend. The documents were leaked with the purpose of giving the information to the New York Times to push for a special counsel investigation into Trump, Comey had told Congress.

The IG report focusing on Comey could be released anytime and federal law enforcement officials are anticipating more bad news, as Horowitz’s investigators are preparing another report on the origins of the FBI’s probe into President Trump’s campaign and Russia. Alongside Horowitz, Connecticut U.S. Attorney John Durham has been tasked by Barr to fully investigate the bureau’s handling of the Trump Russia investigation.

“I would say that the decision made by the DOJ to not pursue prosecution of Paarmaan is reflecting of DOJ’s current M.O. of sweeping things under the rug to prevent further discredit being brought onto the FBI,” said a former FBI official, with knowledge of Paarmann’s situation. “This dismissal is an affront to all other leak cases that have been prosecuted.”

Horowitz’s investigation concluded that Paarmann engaged in misconduct when he was the Deputy Assistant Director of International Operations Division.

(1) disclosed to the media the existence of information that had been filed under seal in federal court, in violation of 18 USC 401, Contempt of Court;

(3) had dozens of official contacts with the media without authorization, in violation of FBI policy.

“The OIG also found that the DAD engaged in misconduct when the DAD accepted a ticket, valued at approximately $225, to attend a media-sponsored dinner, as a gift from a member of the media, in violation of federal regulations and FBI policy,” according to the report.

As for Paarmann, Horowitz’s investigators found that he “had numerous contacts with members of the media in violation of FBI policy. Additionally, it was alleged that the DAD may have disclosed law enforcement or other sensitive information to the media without authorization.”

Horowitz also referenced the OIG’s Review of Allegations Regarding Various Actions by the Department and the Federal Bureau of Investigation (FBI) in Advance of the 2016 Election report, specifically referencing his June, 2018 report, page 430.

According to Horowitz’s June, 2018 report: