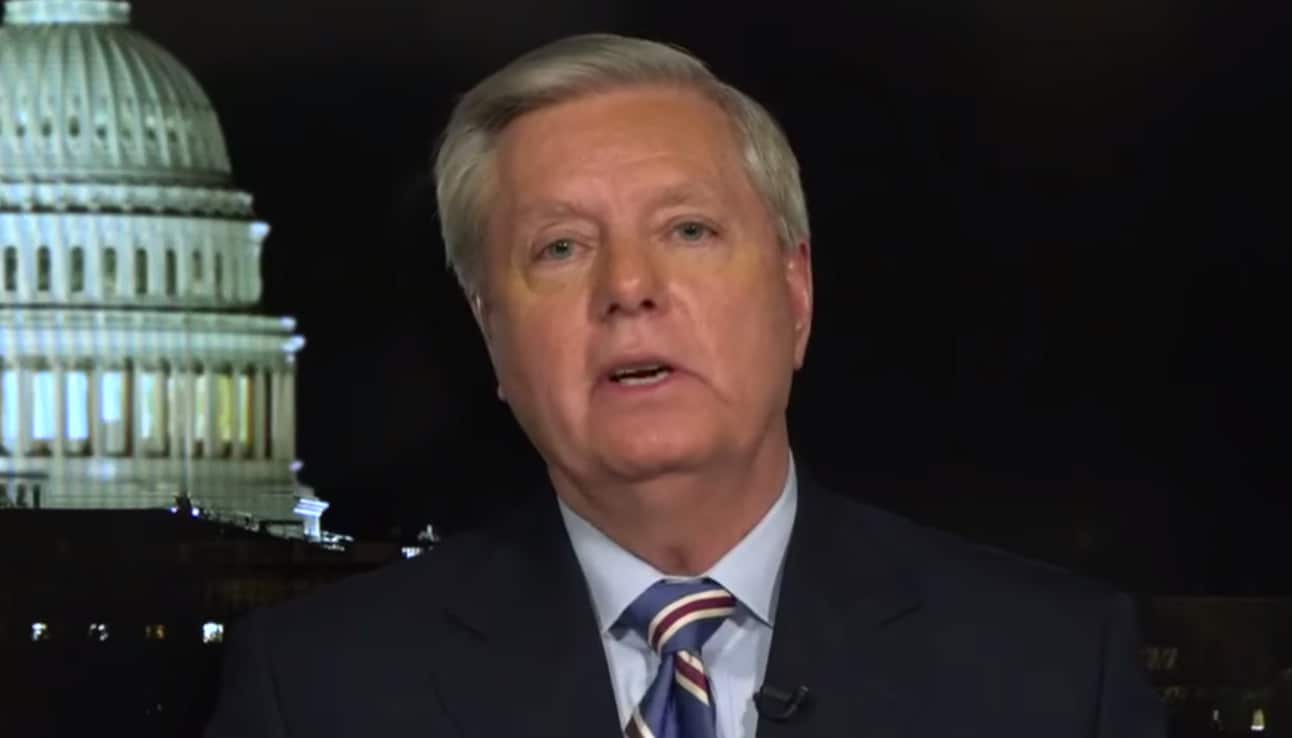 Did Lindsey Graham Push For Bob Woodward’s Interviews With Trump?

Why should the Senate wait until Justice Department Inspector General Michael Horowitz completes his report on the origin of the FBI’s investigation into Trump’s 2016 campaign to hold a hearing?

A Senate hearing would force former senior Obama Administration officials to answer some of the most poignant questions regarding the investigation into President Trump’s campaign and Russia.

The lack of action over the past year is frustrating. The American people are rightfully upset and with good reason. It’s been nearly three years of investigations. Trump has been cleared of all charges but mountains of evidence point to a conspiracy directly involving former senior Obama Administration officials who were intent on stopping or removing Trump from office.

So far all we have is noise. Graham sent a letter last week to Attorney General William Barr asking him to declassify the slew of documents that are now with the DOJ and which have been promised to the American people. Graham said in his letter that Horowitz’s report is “nearing completion” but the release of the report shouldn’t be a prerequisite for an investigation.

As for Connecticut Attorney John Durham, he is conducting his own separate investigation and according to sources he is continuing to interview all major players involved, to include CIA officials connected to Brennan, along with foreign sources connected to the FBI’s original investigation into the Trump campaign.

Graham stated in his letter that “in order for the Inspector General to be able to present the most complete results of his investigation to Congress and the American people, certain documents will need to be declassified and released to the public.”

“I write to urge you to declassify all documents the Inspector General identifies as appropriate for declassification as much as possible, without harming national security,” he asked Barr.

Graham is absolutely right on the point of declassification but his committee should take the lead and move forward with an investigative hearing. An investigation would hold Brennan, McCabe, and others accountable for what they are telling the media and what they have said in the past. Many times their statements conflict with one another. A hearing would eliminate any wiggle room for them and the narrative they put forward.

It would put those former officials in the hot seat once again and force them to answer questions regarding the latest trove of evidence regarding their role in the Trump investigation unearthed by Congress, the media and multiple nonprofit organizations, like Judicial Watch.

Rep. Devin Nunes is also pushing for the declassification of the documents. He reiterated in a Fox News interview Tuesday that the DOJ must hold those senior officials within the Obama Administration accountable for possible conspiracy. Comey is the primary culprit, he said. Although, Nunes wants the documents public, he also believes the disclosure must not interfere with Durham and Horowitz’s investigation.

“We know that Bill Barr has asked the U.S. attorney in Connecticut to look at everything. The origins of this investigation,” Nunes said. “Because, remember, in the Mueller report that came out, even though it cleared and exonerated Donald Trump, it really didn’t answer the very basic questions that we have been looking to as House Republicans, right? Who are all these characters that started this investigation? How did this begin? How did you use our secret, most powerful capabilities in this country that are designed to go after foreigners, go after bad guys? How does that system get turned around to target an American political campaign for president, nonetheless? So, those are the types of questions that Durham, the U.S. attorney in Connecticut, needs to answer.”

McCabe and Comey need to answer questions about their decision making process as to why the bureau cut short and halted its investigation into former presidential candidate Hillary Clinton. What about Comey’s signature on the Foreign Intelligence Surveillance Act warrant on Carter Page? The FISA application is required by law to have all the information independently verified by the FBI when it is turned over to the secret court. However, we now know that it relied heavily on former British Spy Christopher Steele’s now debunked dossier. I’m certain these questions can be answered by Comey and McCabe.

Moreover, Horowitz’s recent report on Comey revealed the former director of the FBI had multiple reasons for privately briefing then President-Elect Trump in January, 2017 on the salacious parts of Steele’s dossier.

Witnesses who spoke to Horowitz said the briefing was to handle sensitively handle the information but it was also to gauge the president’s responses. Comey was in effect targeting Trump for information. The witnesses noted that Trump “might make statements about or provide information of value to the pending Russia interference investigation.”

Brennan, Clapper and National Security Agency Director Mike Rogers attended that meeting in January, 2017 at Trump Tower. According to the IG report Comey documented the encounter and Trump’s responses in his first memo, known as Memo 1.

Further, what about the claims recently made by former Overstock CEO Patrick Byrne, who said the FBI had an investigation into Hillary Clinton in the first part of 2016 and that he was involved in it?

Moreover, a number of issues have come to light in the past several years that Brennan can certainly answer.  For example, he had to know about the contents of former MI-6 Christopher Steele’s now debunked dossier long before he said he viewed  in December, 2016. If Britain’s MI-6 and the State Department were aware of the dossier by July, 2016 then it is certain Brennan was informed and well aware of it’s contents. Yet, he denied this and told me he didn’t see the dossier until December, 2016.

According to the Washington Post article from June, 2017, Brennan’s CIA had hand delivered a document to President Obama in early August, 2016. It was apparently so secret that Brennan kept it from the President’s Daily Brief to keep it from leaking. Also, The Post noted that the information turned over to President Obama was so sensitive that he, along with three senior aides, were the only ones allowed to read it. After it was read, they were required to turn it back to the CIA.

I think the public would like to know exactly what Brennan knew and when he knew it. What was in that document he shared with Obama? Likely, it was the same debunked information used by Steele in his dossier. It was even more likely that Brennan had the same Russian informants Steele was using in his dossier.

The Washington Post said the information given to the senior Obama officials allegedly pulled “from sourcing deep inside the Russian government that detailed Russian President Vladimir Putin’s direct involvement in a cyber campaign to disrupt and discredit the U.S. presidential race.”

What we will likely find out once the information is made public is that not only were the Russian’s meddling but Obama Administration officials were meddling just as much in an effort to target Trump.

Brennan, Clapper and Comey must answer these questions.

What about the unmasking of Americans by former United Nations Ambassador Samantha Power and former National Security Advisor Susan Rice?

One stunning revelation in 2017, was the number of unmasking requests made by Power. She had requested nearly 300 people be unmasked. In an effort to explain the requests, she told Congress during a 2017 hearing that subordinates had signed her name for the information.

Former House Oversight Committee Chairman Trey Gowdy told Fox News shortly after that hearing, that Power admitted under testimony that the requests were under her name but stated to the lawmakers she “did not make those requests.”

What? Someone signed for her, Gowdy said. This needs to be investigated and she should be asked what was meant by her statement. If someone was signing in her name I think the American people deserve to who and why.

Unmasking American names is extremely rare and is done for the purposes of counterintelligence or terrorism investigation. The intelligence community should never be used or weaponized against a political opponent – if that’s what happened here. However, we don’t know because we never got an answer to this very important question.

If anything, a Senate hearing can get to the bottom of what happened in the Obama Administration and it would hold those officials responsible for their actions. The American people should demand more and the Senate should take the lead in making it happen.