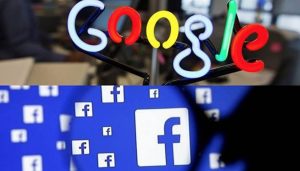 On Thursday, the Senate Commerce Committee authorized subpoenas for the testimonies of the heads of Facebook, Twitter, Google and its parent company Alphabet Inc. in a rare move amid a contentious election, according to the Wall Street Journal.

Senators cited the need to review Section 230, which gives these companies legal immunity with regards to controlling the content on their sites, along with privacy and additional issues.

These large social media companies, often pejoratively called “Big Tech,” have received increasing criticism over the past few years for issues relating to the collection and use privacy and metadata of their users, the spreading of conspiracy theories and misinformation by some users, and what to do about hate speech on the platforms.

Apple, while not a social media platform, is regularly classified, too, as “Big Tech.” Holding these corporate giants accountable has made strange bedfellows out of both Republicans and Democrats, especially among their more “populist” factions.

The committee voted unanimously to authorize these subpoenas and then debated whether the hearing should take place before or after the November 3 election. While some Democrats expressed that they think it should happen after, the Republicans, who control the committee, seem likely to move forward with the hearings swiftly.

“On the eve of a momentous and highly charged election,” said committee chairman Sen. Roger Wicker (R-Miss.), “it is imperative that this committee of jurisdiction and the American people receive a full accounting from the heads of these companies about their content moderation practices.”

The subpoenas were necessary, he added, because the CEOs had “declined to participate.”

While the highest-ranked Democrat on the committee, Sen. Maria Cantwell (D-Wash.), agreed to support the measure once the subpoenas’ intent was expanded to cover privacy concerns, she has some worries. “What I don’t want to see is a chilling effect on individuals who are in a process of trying to crack down on hate speech and misinformation about Covid during a pandemic,” she said.

“The unanimous vote in the Senate shows the bipartisan support for reforming Section 230,” said Commissioner Brendan Barr of the Federal Communications Commission (FCC) in an exclusive comment to this reporter. “The momentum now favors the adoption of commonsense reforms that will bring much needed accountability to Big Tech. I commend Senator Wicker and the Committee for ensuring that these Silicon Valley CEOs will respond to congressional oversight.”

The committee had originally asked the CEOs on September 18 to testify, according to people familiar with the matter, the Wall Street Journal reports. After six days, Sen. Wicker announced plans to progress toward authorizing subpoenas, which is exceptionally quick by congressional standards. This speediness indicates the committee’s feeling of urgency to get public testimonies out of the “Big Tech” CEOs.

A spokeswoman for the committee, according to the same Journal piece, said that the panel will reach out to the companies again to schedule a hearing and, if the witnesses don’t appear in a timely manner, would formally issue them subpoenas.