Seattle Mayor Describes ‘CHAZ’ As A ‘Block Party’, Not ‘An Armed Takeover’ 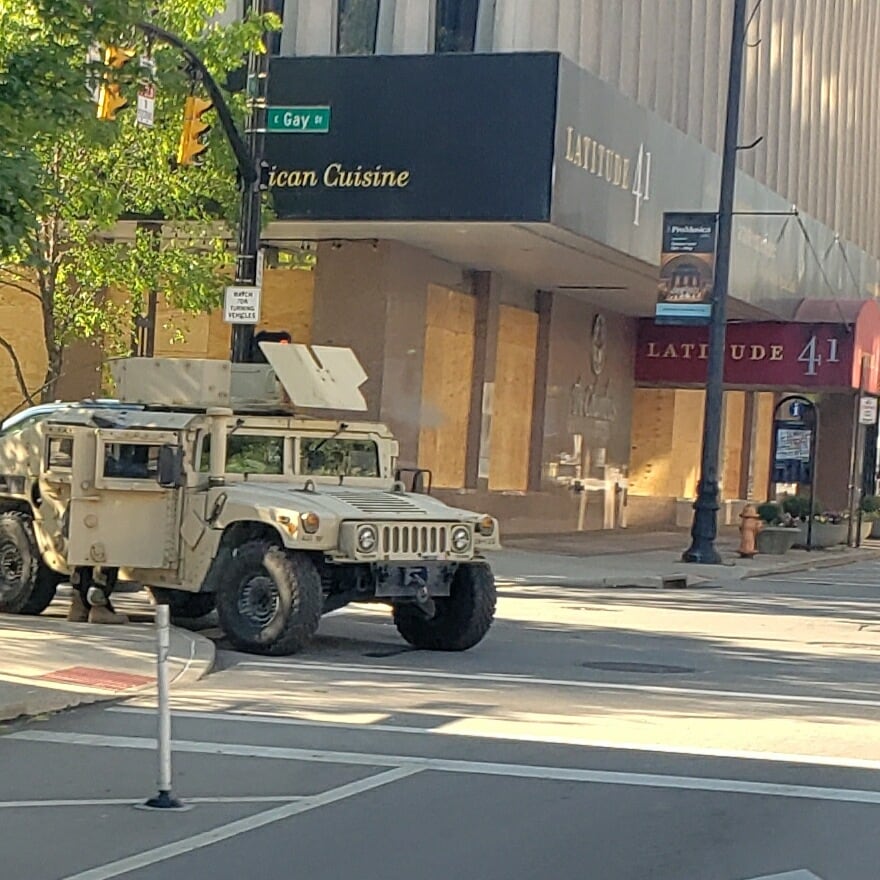 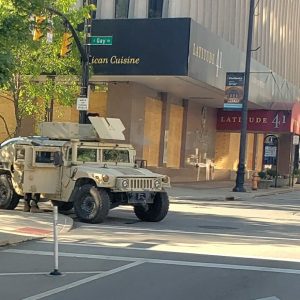 President Donald Trump warned governors across the United States Monday evening to deploy the National Guard to control the ongoing rioting throughout the country that has escalated into violence over the past three days, and if they won’t he will dispatch the U.S. military in its stead.

The unprecedented action was announced during a short Rose Garden press conference at the White House, and Trump stated that “we are putting everybody on warning on 7 p.m. curfew.” He took no questions.

The announcement has led to speculation that Trump’s decision verges on Martial Law, where the “U.S. military is in control of normal civil functions or suspension of civil law by a government, especially in response to a temporary emergency where civil forces are overwhelmed, or in an occupied territory.”

White House officials could not be immediately reached and the White House switch board said there was no one in the communications department to immediately take the call.

He warned organizers the protests that they “will face sever criminal penalty” including arrest and those will stay in place until law and order is “fully restored.”

“We must never give in to anger or hatred,” said Trump. “I take these actions today with firm resolve.”

National Guard troops have lined the streets of Columbus, Ohio since Saturday, and in Washington D.C. a military police battalion consisting of 200 to 250 military personnel is expected to be in the nation’s capital as soon as evening, according to reports.

In Columbus, some residents who spoke to SaraACarter.com by phone said “it looks like Marshall Law” as law enforcement officials prepare for the worst but hope for the best since the killing of George Floyd by a Minneapolis police officer.

In Columbus Monday, most businesses remained closed amid concerns that the riots and protests would escalate into violence later tonight. The past three days protesters have gathered outside the Ohio Statehouse but the protests escalated into violence, with looting and robberies in the downtown Columbus and surrounding areas.

A resident shared a video with SaraACarter.com of downtown Columbus Monday, describing it as appearing more like a war zone than an American city, with armed National Guard troops lining the empty city and businesses boarded up to protect from the rioters.

In Washington D.C. several trucks of National Guard troops arrived near Lafayette Park across Pennsylvania Avenue. The area was filled with large groups of protesters the past three nights and some instigated fires leading to the destruction.

According to CNN two defense officials said the troops being deployed to Washington D.C. will be coming from Fort Bragg, North Carolina.