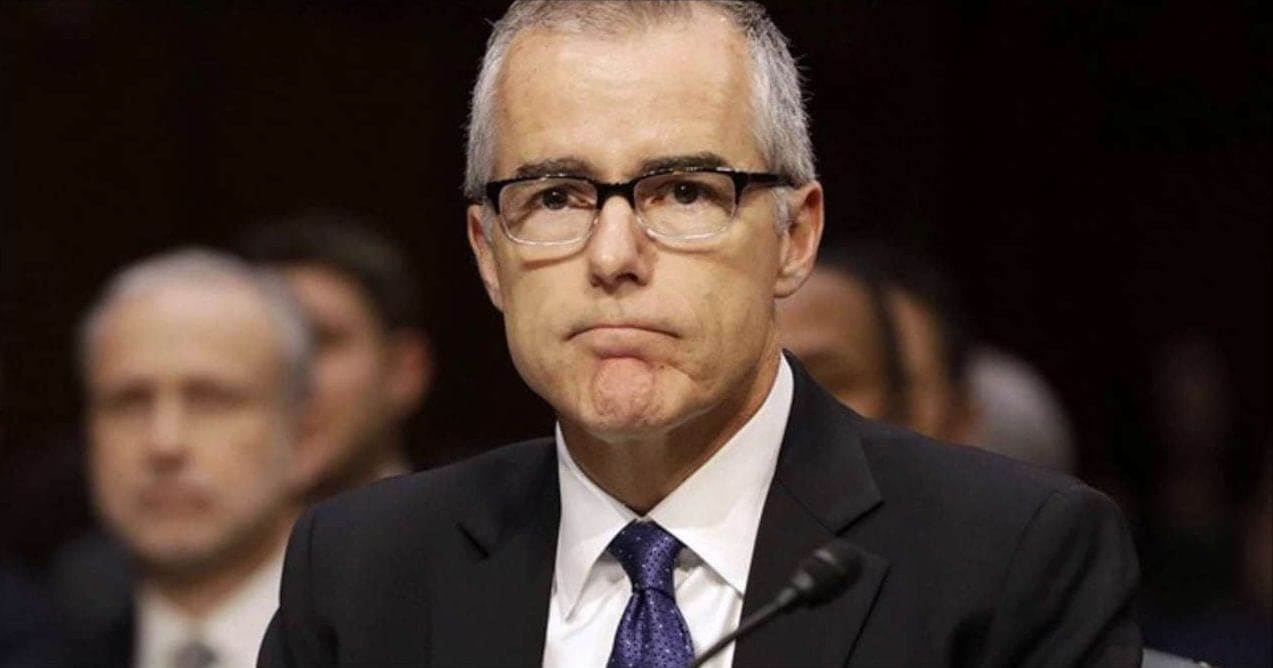 A retired FBI supervisory special agent filed a motion against the Department of Justice Friday for refusing a Freedom of Information Act Request to turn over text messages and emails related to former FBI Deputy Director Andrew McCabe. The texts and emails were related to McCabe’s involvement in the bureau’s investigation into Hillary Clinton’s use of a private server to conduct government business.

On Friday, the conservative government watchdog group Judicial Watch filed the motion in the U.S. District Court in the District of Columbia on behalf of Jeffery Danik, a retired FBI supervisory special agent. Danik had originally filed a FOIA two years ago for McCabe’s texts and emails. The FBI attempted to get the FOIA lawsuit dismissed, sending the watchdog back to court to argue that the requested material is obtainable from the DOJ under FOIA. Danik served 28 years in the FBI.

“My lawsuit for McCabe’s texts isn’t just about his actions,” Danik told SaraACarter.com. “It’s about a new day dawning for FBI executives being held accountable.” Danik filed for McCabe’s documents prior to the DOJ’s Inspector General’s Office opening its own investigation into the bureau’s handling of the Clinton case.

Danik’s FOIA lawsuit is focused specifically on McCabe’s text messages and emails. The search terms are related to all of McCabe’s connections with Hillary Clinton and person’s known to have associated with both him and family members connected to the Clintons. Judicial Watch filed the lawsuit for any information containing the name of McCabe’s wife, “Dr. Jill McCabe,” “Jill.” Jill had unsuccessful campaign for the Virginia state senate in 2015, when she was urged by then Virginia Gov. Terry McAuliffe to run for office.

The FBI, however, did not search for McCabe’s text messages and failed to search for 15 of the 24 search terms, according to the motion.

“In addition, it is withholding certain information under the deliberative process privilege. In each instance,” Danik’s motion states. “Defendant fails to satisfy its burdens. Its motion should be denied.”

McCabe was fired in 2017 by then Department of Justice Attorney General Jeff Sessions at the recommendation of Inspector General Michael Horowitz. Horowitz stated in his report that McCabe had lied to investigators on multiple occasions about his contact with the media. Danik’s lawsuit is requesting information on McCabe’s contact with former Virginia Governor Terry McAuliffe, a Clinton confidant who urged McCabe’s wife, Jill,  to run for state senate. According to reports, from October through November 2015, McCabe’s wife’s campaign filings revealed she received $467,500 from Common Good VA, a political action committee controlled by McAuliffe, as well as an additional $292,500 from a second Democratic PAC. McAuliffe was a close friend of Bill and Hillary Clinton.

Danik is seeking information on McCabe’s failure to recuse himself from the case in a timely manner, as well as, any information regarding McCabe’s “actions to further involve himself in the investigation,” according to Judicial Watch.

“More than two years later, Defendant still has not conducted an adequate search for all records responsive to Plaintiff’s Freedom ofInformation Act requests,” the motion states. “Nor has it produced all non-exempt, responsive records.”

The application used by the bureau is supposed to collect the messages and store them, “are retained by ESOC (Enterprise Security Operations Center),” according to the Department of Justice.

“The FBI has the technological capability to search for and produce text messages,”according to the Inspector General. “The FBI, Enterprise Security Operations Center uses a commercial, off-the-shelf, automated application to wirelessly collect text messages sent to or from FBI-issued mobile devices.”

“ESOC would then have the ability to produce text messages during the discovery process of criminal and civil matters, as well as for internal investigations,” the Inspector General’s report stated.

In fact, according to the motion, Danik “had been tasked with conducting OPR investigations and had personally observed the timely and efficient search and production of text messages by ESOC.”