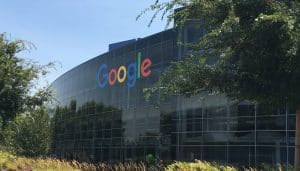 Google will lift its ban on political ads on Wednesday, after banning them following last month’s attack at the U.S. Capitol, The Hill has confirmed.

One week after the Capitol riot, Google’s “Sensitive Events” policy went into effect, after instituting political ad bans on and off during the prior months following the November election.

The policy banned advertisers from running any political ads or ads “referencing candidates, the election, its outcome, the upcoming presidential inauguration, the ongoing presidential impeachment process, violence at the U.S. Capitol, or future planned protests on these topics,” according to an email sent to ad buyers last month.

A Google spokesperson told The Hill Monday that the Sensitive Events policy will be lifted this week.

“Starting on Wednesday, we will be lifting our Sensitive Events policy to again allow advertisers to run political ads,” the spokesperson said. “We will continue to rigorously enforce our ads policies, which strictly prohibit demonstrably false information that could significantly undermine trust in elections or the democratic process.”

In order to resume buying ads, advertisers will have to use the self-service appeals tool to have their existing ads re-reviewed and listed, The Hill reported.

“If they are otherwise policy compliant, then our reviewers will approve the ad and it will be eligible to begin serving.”

Facebook’s political advertising ban that was implemented ahead of the election is still in effect.