REPORT: DC Council to decide on proposal to give African Americans autonomous areas 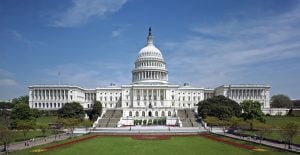 Subscribe to The Sara Carter Show Podcast on Apple, Spotify, IHeart or wherever you get your podcasts

A report from WAMU 88.5’s Martin Austermuhle reveals a proposal to create autonomous African American areas within the District of Columbia. Former D.C. Council candidate Addison Sarter is reportedly behind the proposal.

Sarter dropped out of the race for D.C. Council member before election day. Now, he’s proposing that Black people get their own mayor and legislatures within the nation’s capital. Back in April, he wrote the legislative text what he calls the “Black Autonomy Act.”

But, adding more mayors and council members could violate the law that established the D.C. council in the first place. District of Columbia Home Rule Act of 1973 drew the boundaries of D.C.’s eight wards that each council member represents. No single ward is completely made up of African Americans, so an extra ward would have to be drawn up.

However Sarter hopes that his proposal won’t violate the act because the areas will be “operating separately and free from control by the present DC government.” If it is found to violate the act, Austermuhle said in a tweet “it couldn’t get on the ballot to begin with.”