Just as the United States is negotiating a deal with the Taliban to withdraw from Afghanistan the Taliban leadership is continuing to ramp up attacks on American troops and civilians in the region.

There should be no negotiations with the terrorist insurgency. This is America’s longest war but our nation should not cower to Afghanistan’s Taliban or make concessions as they continue to kill our troops.

However, reports that the U.S. is continuing to negotiate even after the bombing in Kabul that that killed a U.S. soldier left me stunned. CBS News is reporting that U.S. envoy Zalmay Khalilzad returned to Qatar Friday to speak with the Taliban even after the series of deadly attacks against U.S. forces. An American soldier and a NATO soldier were killed Thursday after a car bomb exploded in Kabul near the U.S. Embassy.

Khalilzad said that his team had reached an agreement “in principle” with the Taliban aimed to end the war. He said Monday that the negotiations with the Taliban had concluded and was only waiting for a signature from President Trump, the report from CBS stated.

The Taliban is waging war against America and make no mistake any deal with the United States will not last long. If the Taliban get what they want, which it appears that they will — it won’t be long before they take Kabul and topple the fragile government.

It’s not about Afghanistan. This is about the national security of the United States. If and when the Taliban return to power the nation will once again return to a safe haven for radical terrorist organizations, including al-Qaeda.  Sources tell me both al-Qaeda, as well as other terror networks in the region, are reconstituting. Training camps are popping up in areas of Eastern Afghanistan and within the Federal Administrative Tribal Areas, the lawless land that divides Pakistan from Afghanistan.

If the Taliban comes to power again, those areas will be mostly unmonitored and the Taliban will allow those terrorist organizations safe havens to train and equip fighters. Moreover, the vicious cycle we hoped to stop will begin again. Before long those groups will attempt and more than likely successfully conduct an attack in the United States or against U.S. assets overseas. Guess what? We will then be back into the region for another cycle of never ending war.

Let’s do something right this time. President Trump can own this and there can be a solution without pulling out all our troops from the region.

Chairman of the Senate Judiciary Committee Lindsey Graham, R-South Carolina, has also implored Trump to not withdraw all military presence in the region.

“American service members are not acting as policemen in Afghanistan,” said Graham in a statement in late August. “They are the front-line of defense for America against the reemergence of radical Islamist groups who wish to attack the American homeland. Any peace agreement which denies the US a robust counter-terrorism capability in Afghanistan is not a peace deal. Instead, it is paving the way for another attack on the American homeland and attacks against American interests around the world.”
He urged Trump to “make sound and sustainable decisions” on the issue.

“A bad agreement puts the radical Islamist movement all over the world on steroids,” said Graham. 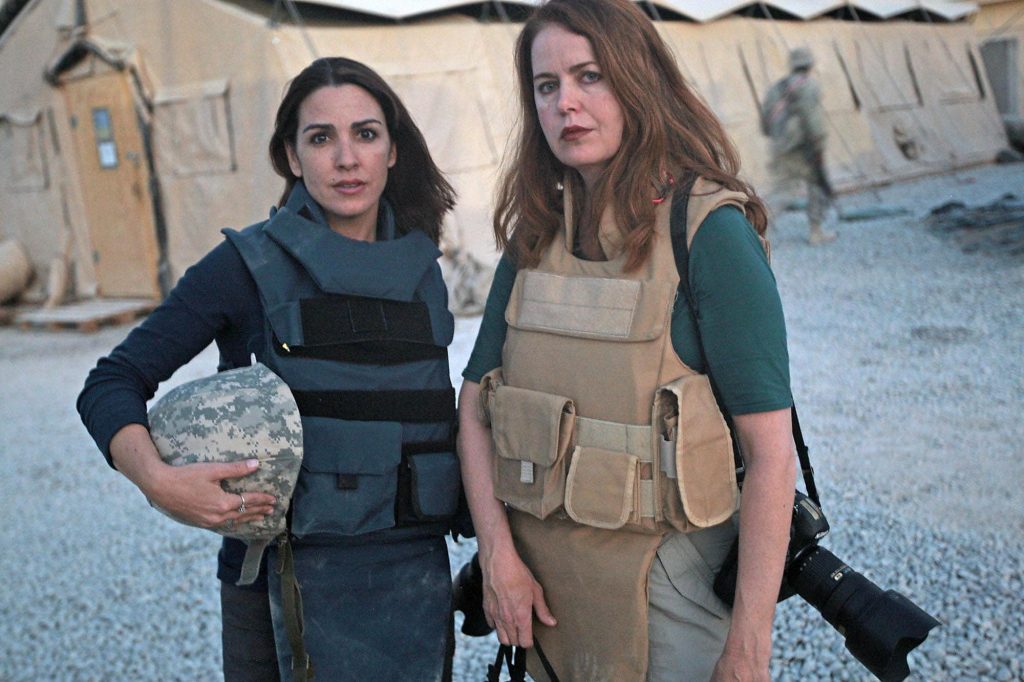 Thousands of our troops have been killed, many more thousands have returned home with life-long injuries, injuries their families also live with and the years they spent away from their loved one while protecting our nation.

I should know, my husband was one of them. On Easter Sunday, 2011 he was in a battle in Eastern Afghanistan and almost lost his life. He survived but his injuries left him completely blind. His sacrifice was a smaller price to pay than that of his best friend Brian, who died on the battlefield several years after my husband was wounded.

The troops fight is our fight and it should not be for nothing. The Taliban should not get a free pass to take over Afghanistan only to unleash their reign of terror in the region and threaten the safety and security of the west.

True, Afghanistan is nick-named the “graveyard of Empires” for a reason. For many, our presence in Afghanistan feels like it will be a never ending war and leave us in an unwinnable situation. But I don’t buy it for one minute.

America is not fighting the people of Afghanistan, America is fighting the Taliban, al-Qaeda, along with other terrorist organizations in the region, whose primary target is our nation, family and western way of life.

I hear all the time terrorist organizations like al-Qaeda are patient and can wait years for the right time to strike. Guess what, our troops are the same way. We should be the same way.

I often hear from people who have never been in the military, never fought in a war, never had a family member in the military and never lost a loved one who defended the nation that “Americans are tired of war.”

I get it. It’s tough. But for those of us who have, I can honestly say that even if we’re tired, we are always ready to defend the nation.

Let me recant a situation that I experienced at Bagram Air Base, in Afghanistan in 2008. It made me realize that at times when there is no other resolution fighting for something you believe in and want to protect is not only right but absolutely necessary.

Two U.S. soldiers were brought in after they rolled over an IED with their Humvee. I was in the hospital covering stories and I stopped when I walked by the room the two men were in. They were badly injured and had been bandaged by the medics. One of the soldiers was was unconscious and the other bloody from battle but awake.

Both men were laying on gurneys, close enough that one who was still awake could take his friends hand and said “I won’t leave you man, I’m not going anywhere. I will always be by your side.”

It broke my heart but I saw resolve in the soldiers face. This soldier stood by his buddy’s side in the battle and then held onto his hand during the worst moment of his life.

We should do the same for all those who have lost and will lose their lives to terrorist actions. We must not tire and we must find it in ourselves to stand up to these monsters and say no, we will not negotiate with you.

We will not allow you to target our nation, or kill our families and yes, we have the same resolve as you.