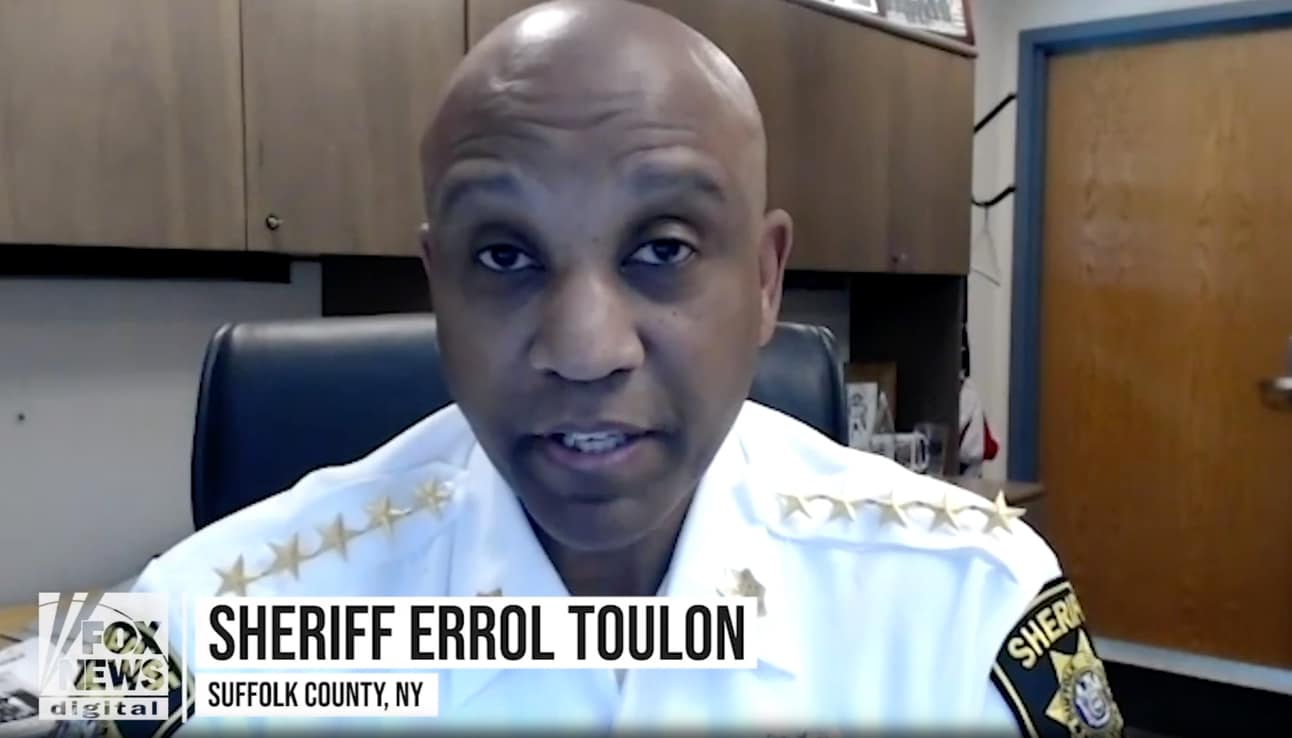 Overstock CEO Patrick Byrne delivered to the Department of Justice a number of documents, including emails and text messages, in April, regarding both the origins of the Russian investigation, and an FBI operation into Hillary Clinton with which he was personally involved during the first months of 2016, according to a U.S. official who spoke SaraACarter.com. Byrne has also confirmed the account.

He approached the DOJ and met with lawyers on April 5th and 30th. The first meeting was without counsel in Washington D.C. A source directly familiar with the interviews confirmed Byrne’s account of the meetings.

DOJ officials said they could not comment on Byrne’s allegations.

“I gave to the DOJ documents concerning both the origin of the Russian probe and the probe into Hillary Clinton, both of which I was involved in, and both of which turned out to be less about law enforcement than they were about political espionage,” Byrne told SaraACarter.com Monday. He noted that the communications will prove that the FBI also had an operation into Clinton Foundation that he was directly involved in.

This is going to become the greatest political scandal in US history. If we survive it, and if Rule of Law returns to America, it will be due to one man: Bill Barr, Byrne Said.

“This is going to become the greatest political scandal in US history,” he said. “If we survive it, and if Rule of Law returns to America, it will be due to one man: Bill Barr.”

Several weeks ago, FBI officials told SaraACarter.com that they declined to comment on Byrne’s allegations.

Byrne said the investigation into Clinton was one of the main reasons he came forward. This reporter first published Byrne’s story about his relationship with now convicted Russian gun right’s activist Maria Butina. She pleaded guilty in 2018 for failing to register as a foreign agent in the U.S. and is now serving out her sentence, which ends in October.

Byrne’s claims regarding the Clinton Foundation investigation are not without parallel. According to numerous officials the FBI had an ongoing investigation. Whistleblower and former government informant William Campbell was interviewed in 2018, by bureau agents from the Little Rock, Arkansa’s field office. According to Campbell, who first spoke to this reporter in 2017, he was asked by FBI agents whether donations to the Clintons charitable organization from Russia were used to influence U.S. nuclear policy during the Obama Administration. Specifically, he was asked about the sale of 20 percent of Uranium One.

As also reported in 2018, by John Solomon with The Hill, the “agents questioned him extensively about claims the Russians made to him that they had routed millions of dollars to an American lobbying firm in 2010 and 2011 with the expectation it would be used to help President Clinton’s charitable global initiative while major uranium decisions were pending before Hillary Clinton’s State Department.”

Byrne, told SaraACarter.com that the FBI was also investigating Clinton’s charitable organizations in the first half of 2016, and that he was directly involved in one of the operations being conducted by the FBI. He did not give details regarding the operation saying but said it directly dealt with Clinton and whether or not there was pay for play.

On Monday, Byrne appeared on Fox Business Network with David Asman, revealing his claims about the Clinton investigation.

“I ended up in the center of the Russian and the Clinton investigations,” said Byrne. “I have all the answers. I have been sitting on them waiting for America to get there. Last summer I figured out… what they all are is all about political espionage. It had nothing to do with law enforcement, it was all political espionage. Here’s the bottom line. There is a deep state like a submarine lurking just beneath the waves of the periscope depth watching our shipping lanes. And a nuclear ice breaker called the USS Bill Barr has snuck up on them and is about to ram midship.”

“That’s about to happen and I think we’re about to see the biggest scandal in American history as a result. But it was all political. Everything you think you know about Russia and Clinton investigations is a lie,” Byrne told Atman. “It’s all a cover-up. It was all political espionage.”

Connecticut attorney John Durham, who has been appointed by Justice Department investigator Attorney General William Barr is probing the FBI’s handling of the investigation into Russia probe, and according to several sources is investigating the full extent of Byrne’s claims and the documentation he provided in April.

This story is developing…