Another Country Will Sign A Peace Deal With Israel ‘in the next day or two’, Reveals Amb. Kelly Craft

Opposite Day: Ousted Ambassador Marie Yovanovitch Will Be Honored At Georgetown 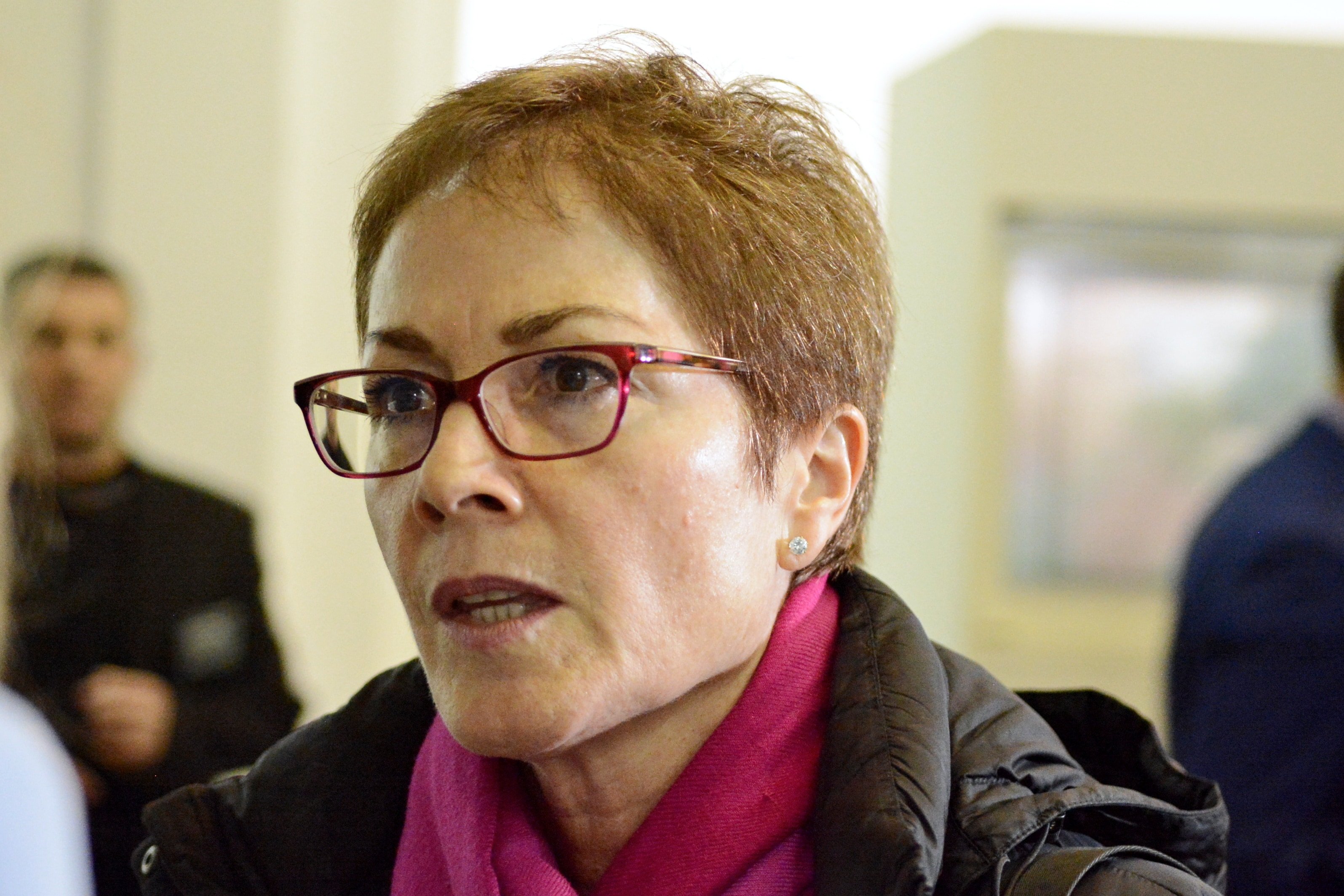 Ousted Ukrainian Ambassador Marie L. Yovanovitch, who testified against President Donald Trump at the House impeachment hearings, will be receiving the “Excellence in the Conduct of Diplomacy” award from The Institute for the Study of Diplomacy Edmund Walsh School of Foreign Service at Georgetown University Wednesday.

Trump recalled the 30 year plus diplomat, Yovanovitch from her post in Ukraine in May, 2019. Although she was recalled by Trump she remained working at the State Department until several weeks ago when she retired. She was collecting checks, according to an article posted by Fox News in January. A source that spoke to Fox News said the former ambassador could remain on the State Department payroll for months because, yes, she has been assigned to Georgetown through the department up until her retirement.

And it is at Georgetown University where she will receiving the 2020 J. Raymond “Jit” Trainor Award for Excellence in the Conduct of Diplomacy, stated an email invitation to students from the university. It will be moderated by former Deputy Secretary of State Ambassador William J. Burns, who is now the President, Carnegie Endowment for International Peace.

Yovanovitch claims her firing was orchestrated by Rudy Giuliani, Trump’s personal attorney. She said he wanted her removal from her post in Kiev. However, the president can recall any Ambassador assigned overseas for any reason. And although the House Dems voted to impeach Trump on two articles – abuse of power and obstruction of Congress –  related to the Ukraine scandal there was no evidence that he committed any wrongdoing that was impeachable. The Senate acquitted him of all charges in January.

Yovanovitch, who recently wrote an opinion editorial for The Washington Post, said she has “no regrets” about her decision to testify. She is staunchly opposed to President Donald Trump’s foreign policy and said in the opinion editorial that he “undermined our democratic institutions.”

“When civil servants in the current administration saw senior officials taking actions they considered deeply wrong in regard to the nation of Ukraine, they refused to take part,” Yovanovitch wrote in an op-ed in The Post. “When Congress asked us to testify about those activities, my colleagues and I did not hesitate, even in the face of administration efforts to silence us.”

She testified “because it is the American way to speak up about wrongdoing. I have seen dictatorships around the world, where blind obedience is the norm and truth-tellers are threatened with punishment or death,” she said in her op-ed.

Yovanovitch didn’t, however, explain why she allegedly used State Department resources to spy on not only my social media but a slew of other reporters, pundits and family members of President Trump.

She says she understands the danger of dictatorships and political systems that don’t afford people their freedoms but it appears she, herself, decided to use similar tactics that these governments she warns about used.

Judicial Watch announced in January that it filed two Freedom of Information Act (FOIA) lawsuits against the “State Department for documents tied to the alleged monitoring of President Trump’s family, lawyer, and journalists, as ordered by” Yovanovitch.

“In October 2019, the conservative watchdog group began its investigation into the alleged monitoring, via CrowdTangle and other means, of journalists and persons linked to Trump,” a press release stated. “Ambassador Marie Yovanovitch is alleged to have ordered State Department entities to conduct the monitoring.”