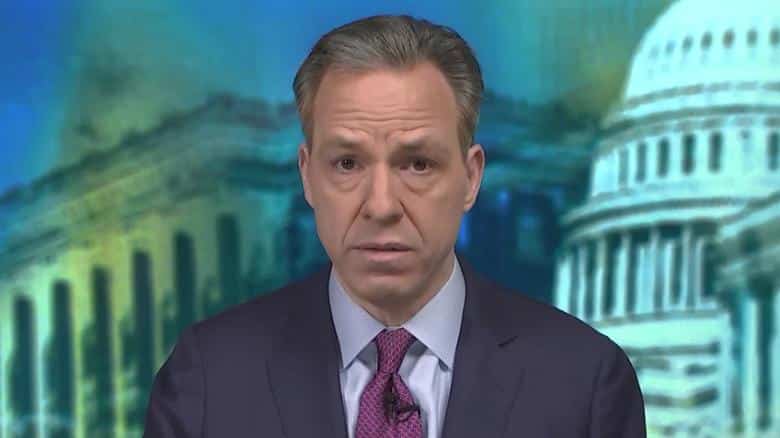 Media Weaponized: Continued Assaults On Kavanaugh Are Political Warfare That Should Concern Us All 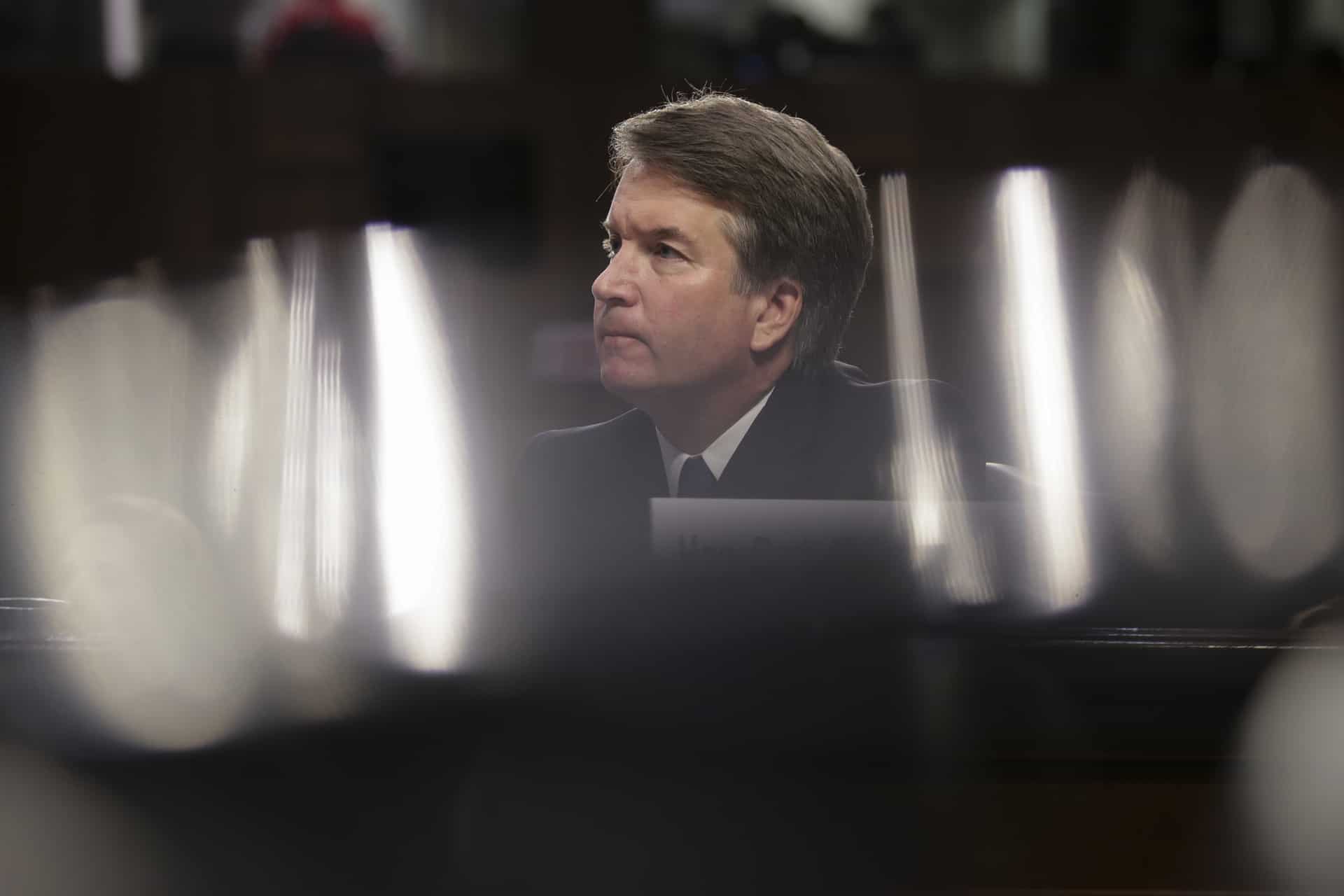 And now they are at it again with a damaging article published Saturday by The New York Times aptly titled Brett Kavanaugh Fit In With the Privileged Kids. She Did Not. It rehashes an old accusation by a woman named Deborah Ramirez. She alleges that Kavanaugh assaulted her during a dorm party at Yale University. She said Kavanaugh exposed himself to her and that his exposure forced her to slap away his penis. The story delves into white privilege, prejudice and every other angle you can imagine. Kavanaugh is the villain of privilege and Ramirez is the innocent victim, who as a college student was forced to grow up too soon.

The New York Times, along with other main stream outlets, have not hesitated in publishing damaging stories on Justice Kavanaugh. Many of the stories they have already published were based on unverified allegations and contained no proof of the sexual assault accusations he was being accused of by several women who claimed to have known him in high school and college.

CNN, MSNBC, as well as, numerous pundits smeared his name on the cable networks. How can these outlets and news organizations get away with printing hearsay? Because the executives at these media outlets are not holding their writers to the same standard they would if the story was about someone they supported. I hate hypotheticals but do you think the media would publish similar stories if the nomination took place during former President Barack Obama tenure.

The all out assault campaign on political opponents can only exist because the main stream media has chosen a side. Those executives believe they know more than the American people and challenge any figure, particularly Justice Kavanaugh, because he is a direct threat to their leftist ideals. The media has been weaponized in a way we have never experienced in modern history and only because those running the organizations have allowed it to be. It erodes our Democracy and frankly, makes us as vulnerable as banana republics where media outlets side with political candidates and are in the pockets of their nations intelligence agencies.

Remember last year’s media and left allegations against Kavanaugh stemmed from testimony brought forth by Christine Blasey Ford. She accused Kavanaugh of sexually assaulting her in high school at a party. However, even during her testimony she couldn’t remember basic details like how she got to the party, how she got home and no one at the party, not even her best friend at the time, recalled the incident.

Just last week, Blasey Ford’s lawyer Debra Katz, was caught on camera during a speaking engagement undermining her client’s credibility. She discussed accusations against Kavanaugh saying Blasey Ford’s “motivation” for coming forward with claims against him during his confirmation hearings stemmed from the assertion the justice would be tagged with an “asterisk” in future abortion cases.

The left wants to smear his name.

Katz made the remarks at the University of Baltimore’s 11th Feminist Legal Theory Conference. It was aptly titled the “Applied Feminism and #MeToo.” Her remarks expose what is really going on with Kavanaugh: the left is terrified of a conservative Supreme Court.

“In the aftermath of these hearings, I believe that Christine’s testimony brought about more good than the harm misogynist Republicans caused by allowing Kavanaugh on the court,” Katz says in the video. “He will always have an asterisk next to his name. When he takes a scalpel to Roe v. Wade, we will know who he is, we know his character, and we know what motivates him, and that is important.

Even more intriguing was a story revealed by The Federalist’s Mollie Hemingway and Carrie Severino, who wrote the definitive book Justice on Trial: The Kavanaugh Confirmation and the Future of the Supreme Court.It revealed that Christine’s father, Ralph Blasey, Ford, “went out of his way to offer to Ed Kavanaugh (Justice Kavanaugh’s father) his support of Brett Kavanaugh’s confirmation to the Supreme Court, according to multiple people familiar with the conversation that took place at Burning Tree Club in Bethesda, Maryland.”

The left and their allies in the media haven’t finished smearing Kavanaugh’s name. They want him and his family to feel the pain enough so that they get him removed from the Supreme Court. This is what these targeted assaults on Kavanaugh and constant disinformation campaigns against him are all about.

President Donald Trump Tweeted Sunday morning that Kavanaugh should sue for liable. I believe he is right. Kavanaugh has to fight back against these allegations again. He has to fight back, just as he did during his confirmation hearing. He can not let the left take the upper hand on this newest allegation.

Brett Kavanaugh should start suing people for libel, or the Justice Department should come to his rescue. The lies being told about him are unbelievable. False Accusations without recrimination. When does it stop? They are trying to influence his opinions. Can’t let that happen!

Those who opposed his nomination have labeled him a notorious drunk and spread malicious lies about him in the media. The media also allowed the unverified allegations by now embattled leftist lawyer Michael Avenatti’s former client Julie Swetnick to accuse Kavanaugh of being a depraved leader of gang rapes, only to find out that she had almost certainly made the entire story up.

And now the media and the left are at it again. They are launching this assault on Kavanaugh just weeks before the Supreme Court goes into its next session.

This time it’s an allegation from Deborah Ramirez, who attended Yale with Kavanaugh. Here’s how the New York Times opens up Ramirez’s unverified story. I’m not saying it isn’t true but there is no verification, as with the other allegations, that something happened.

But she’s a victim, who did everything the right way, right from the top of the story. Kavanaugh is described as a depraved young man, who thrust his penis at her in a dorm room party and changed her life forever.

Mind you, this is all hearsay. There is not one shred of evidence that this actually happened. Still, the story is now trending all over Twitter and other social media. The left is out to get Kavanaugh by any means necessary, including digging up over 30 year old allegations and try to get everyone who heard the rumor to go on the record to prove their point.

“Deborah Ramirez had the grades to go to Yale in 1983. But she wasn’t prepared for what she’d find there.

A top student in southwestern Connecticut, she studied hard but socialized little. She was raised Catholic and had a sheltered upbringing. In the summers, she worked at Carvel dishing ice cream, commuting in the $500 car she’d bought with babysitting earnings.

At Yale, she encountered students from more worldly backgrounds. Many were affluent and had attended elite private high schools. They also had experience with drinking and sexual behavior that Ms. Ramirez — who had not intended to be intimate with a man until her wedding night — lacked.

During the winter of her freshman year, a drunken dormitory party unsettled her deeply. She and some classmates had been drinking heavily when, she says, a freshman named Brett Kavanaugh pulled down his pants and thrust his penis at her, prompting her to swat it away and inadvertently touch it. Some of the onlookers, who had been passing around a fake penis earlier in the evening, laughed.”