Many main stream media outlets and cable networks have failed to correct their record of misinformation they delivered to the American people regarding President Donald Trump’s 2016 campaign, even after evidence continues to surface showing that the dodgy dossier compiled by a former British spy was Russian lies.

The declassified footnotes revealed that the FBI “possessed intelligence reports that stated key portions of the anti-Trump dossier were tainted by Russian disinformation, yet it continued to rely on them to justify Foreign Intelligence Surveillance Act (FISA) warrants against Trump campaign aide Carter Page,” the Senators press release Monday stated.

Those footnotes were so damaging to the FBI and intelligence community’s actions that last week, Grassley, chairman of the Senate Finance Committee, and Johnson, Chairman of the Senate Homeland Security and Governmental Affairs Committee, sent a letter to FBI Director Christopher Wray requesting all the records from the FBI’s Crossfire Hurricane team after declassifying the Horowitz footnotes.

Even with all this explosive news over the dossier, very few news outlets have reported or clarified their previous reporting to the American people. 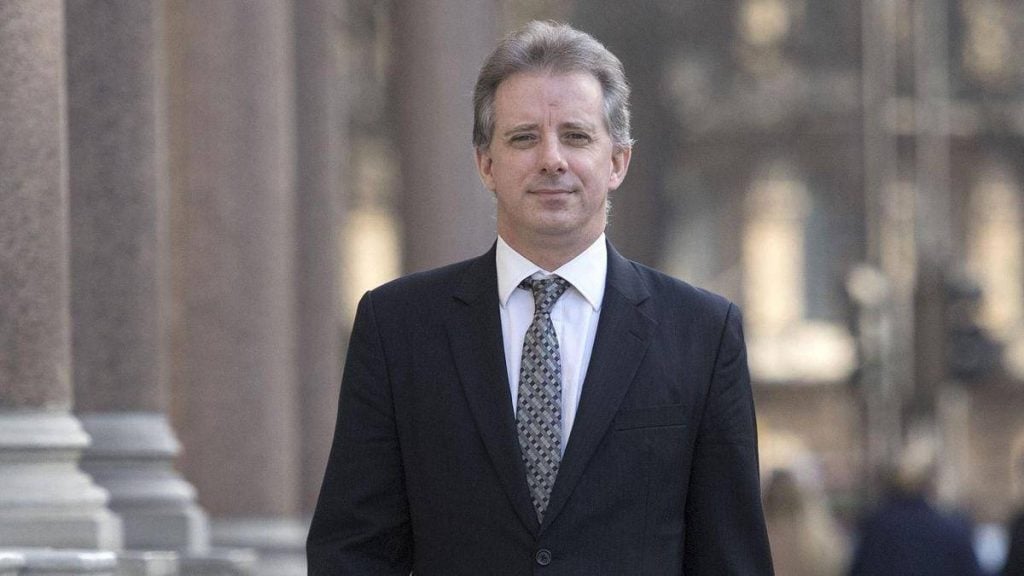 The Senator’s pointed to Eric Wemple’s Washington Post column on Monday that scrutinized the other major media outlets, for not doing so. Wemple noted that many outlets and cable news outlets were quick to cover the dossier and the FBI’s reliance on it when it suited their assumptions that Trump conspired with Russia but have failed to correct the record now that the evidence reveals it was tainted by Russian intelligence.

“Freshly declassified footnotes from a 2019 Justice Department report cast further doubt on one of the central documents of Russiagate — a collection of memos compiled by former British spy Christopher Steele and published by BuzzFeed in January 2017. The dossier contained extravagant allegations about presidential candidate Donald Trump and was treated to deference in some precincts of the mainstream media,” Wemple wrote.

Steele’s dossier was not only central to the FBI’s Foreign Intelligence Surveillance Applications on campaign volunteer Carter Page but also played a central role in the Intelligence Community Assessment that Russia preferred Trump to former Democratic candidate Hillary Clinton, which was also debunked in the declassified footnotes.

Interestingly enough, it was Hillary Clinton’s campaign and the Democratic National Committee that funded Steele’s dossier with Russian disinformation and the FBI’s Crossfire Hurricane team was aware that the information being supplied was false.

“The declassified footnotes lend texture to that grim assessment. They have been unsheathed at the urging of Senate Finance Committee Chairman Charles E. Grassley (R-Iowa) and Senate Homeland Security Committee Chairman Ron Johnson (R-Wis.), two critics of the investigation into Trump’s ties to Russia. Even a cursory look at the footnotes makes clear why they pushed for sunlight,” stated Wemple in his column.  “Remember the dossier’s famous allegations that the Russians had kompromat against Trump because of illicit alleged activities in a Russian hotel? A declassified footnote elaborates on the provenance of that story: According to an intelligence community report, a source who spanned Trump’s circles and Russia said that it was false and resulted from Russian intelligence ‘infiltrat[ing] a source into the network.’”

Still, CBS News, the Associated Press, MSNBC, the New York Times and CNN have failed to cover the footnotes or clarify the findings to their viewers and readers.