Lisa Page Slams Her Haters For Calling Her ‘Coup Plotter’ 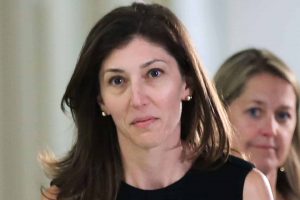 Former FBI lawyer Lisa Page popped onto Twitter Tuesday to reminisce of her time at the bureau she left two years ago today. Since then, she wrote, “I’ve lived a thousand lives and yet, everything is immovable the same.”

Except that now I speak out. No doubt my haters wish it wasn’t so, but I do and I will and I am not going to stop. And yes, I know: insurance policy treason deep state traitorous slut coup plotter. I know. It’s okay. I know.

Page, a vehemently anti-Trump figure, was part of an effort to weaponize the law enforcement and intelligence apparatus alongside to assure Trump would never get elected and later targeted him.

And that was also known as the “insurance policy” to “stop Trump,” which was discovered in text messages she sent to her then-lover former FBI Special Agent Peter Strzok 2016.

Tuesday’s Twitter thread isn’t the first time Page has surfaced in the last two years. In fact, she’s been outspoken on the platform and has used it to tout herself as an innocent figure. As Sara A. Carter wrote in an earlier column, Page and others that were part of the setup “continue to act as if the world owes them something and they play out this crazy narrative in public appearances that stray far from the reality of the evidence that has been compiled against them.”