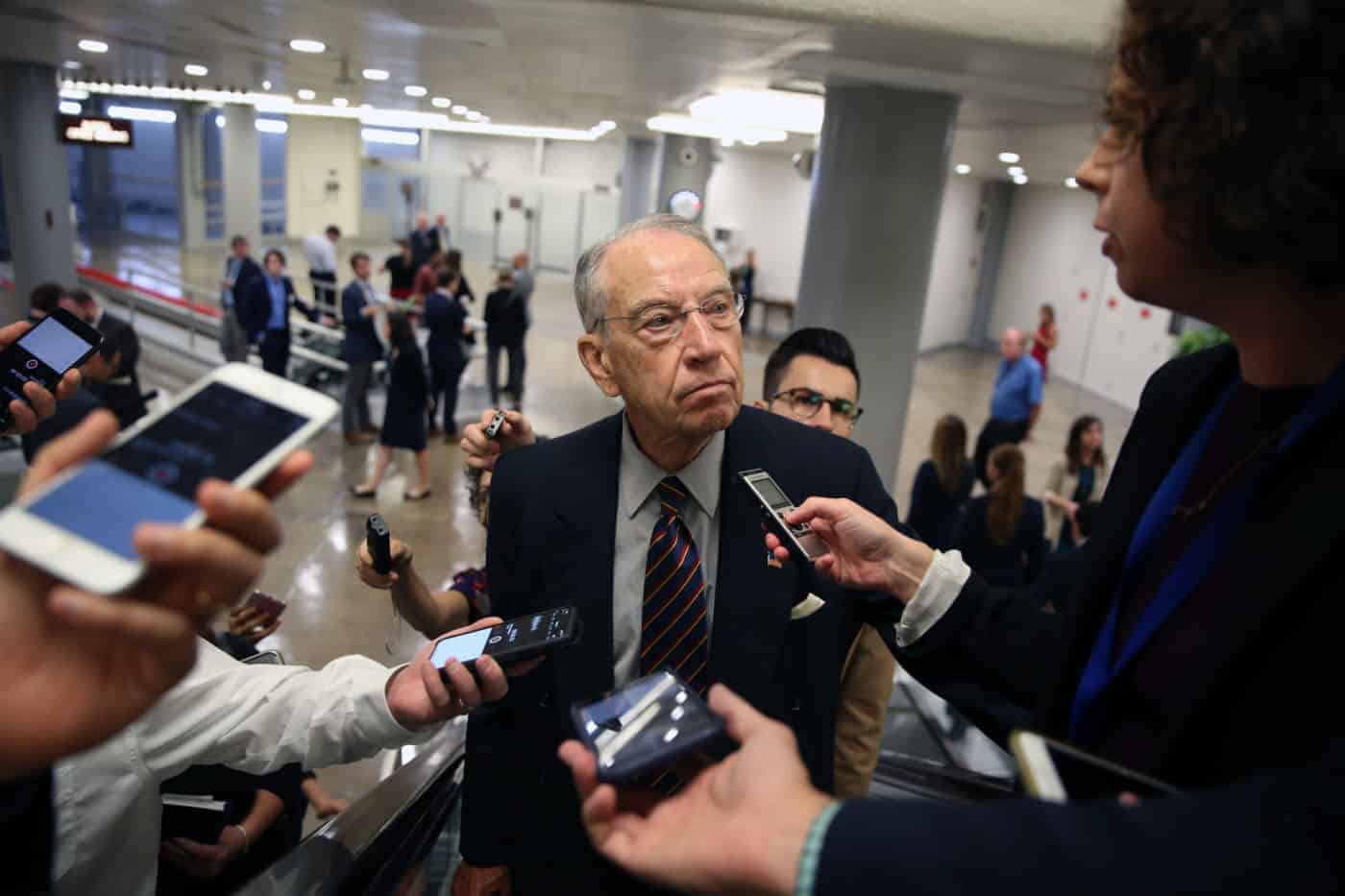 Ohr was demoted twice for failing to disclose his involvement with significant figures (including his wife) associated with the unverified dossier from the now-embattled research firm, Fusion GPS, which alleged President Donald Trump’s 2016 campaign colluded with Russia.

The lawmakers say Ohr’s close relationship with former British spy and dossier author, Christopher Steele is deeply troubling. Also concerning to lawmakers is the fact that even after Steele was terminated by the FBI (he worked as a source until he was fired for “unauthorized disclosure to the media of his relationship with the FBI”), Ohr continued to supply documents from the ex-spy to the bureau.

Lawmakers tell SaraACarter.com that the interview documents (known as 302s) should be declassified because they believe it will reveal the extent of Ohr’s involvement with Fusion GPS, his relationship with Steele and Fusion GPS owner Glenn Simpson, and his communications with FBI officials investigating Trump’s campaign.

“Ohr was one of the top officials at DOJ and they told the court they had terminated Steele, but Ohr was continuing to meet with Steele despite his termination and then (he was) feeding the information to the FBI,” said Nunes on Thursday. “It is completely appropriate for Grassley to ask for these documents to be declassified.”

In February, Trump declassified a House Intelligence Committee memorandum, which revealed information about Ohr and his FBI interviews.  According to that memorandum, even after Steele was terminated by the FBI, he continued to maintain contact with Ohr, who was then a senior official with the DOJ. The memo also revealed that Ohr, who also worked closely at the time with Deputy Attorney General Sally Yates and later with now-Deputy Attorney General Rod Rosenstein, told the FBI during his interviews that Steele “was desperate that Donald Trump not get elected and was passionate about him not being president.”

The House Intelligence Committee memo also revealed that Ohr’s wife, Nellie, worked for Fusion GPS in 2016 to “assist in the cultivation of opposition research on Trump.” Fusion GPS told CNN in December 2017 that Mrs. Ohr was a “widely-recognized” scholar on Russia and that she speaks fluent Russian.

The information of Bruce Ohr’s close ties to the FBI’s relationship with Steele appear to be corroborated by testimony former FBI Special Agent Peter Strzok provided in July to the House Oversight and Judiciary Committees. According to Strzok, Ohr gave extensive material to the FBI regarding the dossier. Some lawmakers believe it was Mr. Ohr who gave the salacious material contained in former British spy Steele’s multi-part dossier to the bureau.

The answers to the onslaught of questions about Ohr’s involvement in the Russia-Trump probe reside in approximately 12 of the 302s, Nunes said. The interviews were conducted by FBI agents from December, 2016 to May, 2017, documents show.

Grassley and a limited number of committee members were given “in camera” access to review some of the documents, meaning they could not take notes or receive copies of the documents that the DOJ stamped “SECRET,” according to the committee.

In a July letter, Grassley stressed his frustration saying “the Department’s insistence on limiting access to these documents creates unnecessary complications and burdens on the Committee’s oversight work. Relying solely on memory of the documents or scheduling trips to the Justice Department for additional reviews is a poor substitute for possession of actual copies. It thwarts the Committee’s ability to conduct a thorough analysis, compare the contents with other information, and take investigative steps to pursue related information.”

Here are the Ohr 302 interviews requested by the committee, according to an unclassified letter sent by Grassley and Sen. Lindsey Graham in February to DOJ Inspector General Michael Horowitz, who is expected to release his findings this year on the FBI’s handling of the Russia probe into Trump’s campaign.