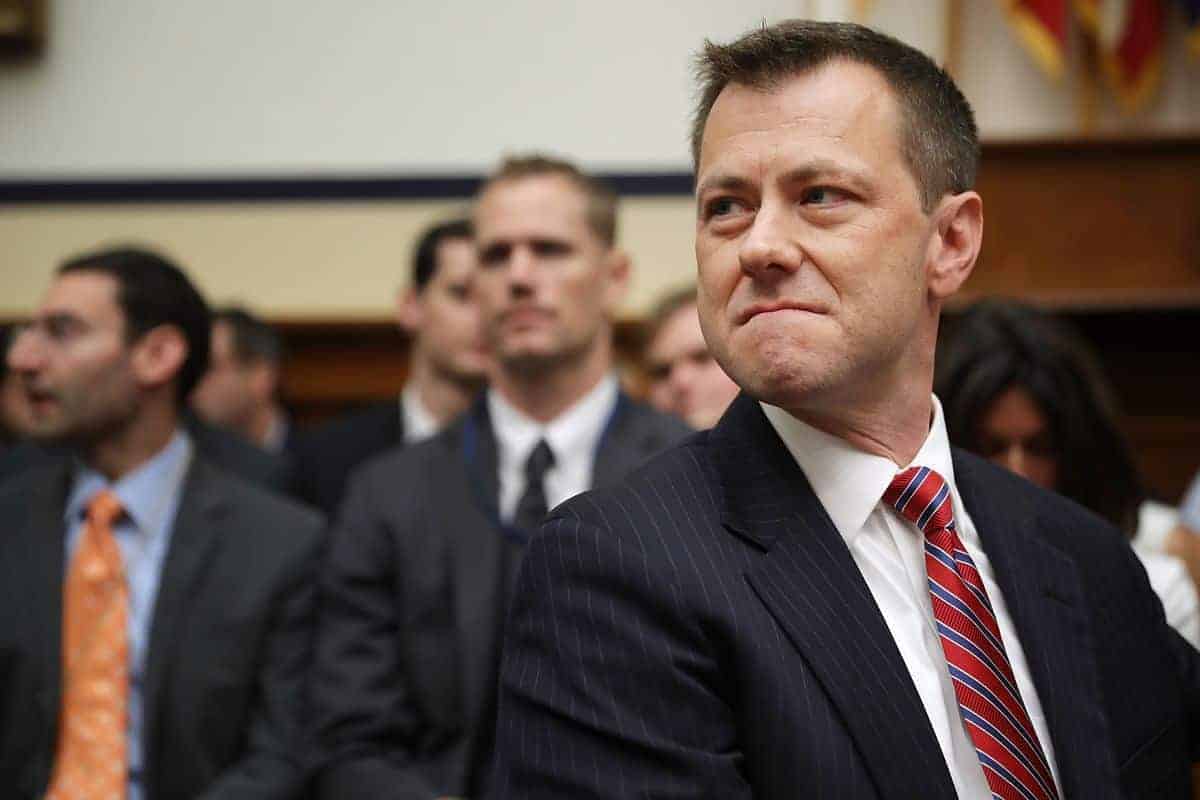 Republican lawmakers called on President Trump to declassify the highly redacted Foreign Intelligence Surveillance Act warrant that allowed the FBI to spy on a short-term Trump campaign volunteer. They are asking for 20 pages of the FISA, along with other classified documents and footnotes, they say the Department of Justice has withheld from their ongoing investigation into the bureau’s handling of the investigation into alleged collusion between the Trump campaign and Russia.

The lawmakers are also asking that Trump declassify the DOJ’s Gang of Eight briefing notebook that was presented only to a select group of lawmakers in the Senate and House this summer, who have access to classified material, according to numerous congressional sources. The third bulk of documents consists of 12 interviews the FBI conducted with DOJ official Bruce Ohr in 2016 regarding his communications with former British spy Christopher Steele, who compiled the anti-Trump unverified dossier. Ohr’s wife, Nellie Ohr, worked for the now embattled research firm Fusion GPS, that was hired by the Democratic National Committee and the Hillary Clinton campaign to investigate alleged ties between Trump’s campaign and Russia. Steele was hired by Fusion GPS founder Glenn Simpson, a former Wall Street Journal reporter, who among others has testified to Congress about his role.

President Trump is expected to declassify the documents within the next several weeks, sources tell SaraACarter.com. On Wednesday this news site reported that Trump is listening to lawmakers who complained the Justice Department has been stonewalling and failing to provide Congress with the documents necessary for appropriate oversight.

The dossier was the key to all this and the FBI knew everything, everything before they went to the court to get a warrant to spy on a fellow American citizen and then to spy on the Trump campaign

Over the past month, lawmakers also discovered that Ohr was a backchannel for Steele, who had been removed as a confidential source by the FBI after it was discovered that he was shopping around his dossier in the summer of 2016 to journalists.

The unverified dossier was used by the FBI as evidence to the secret court to obtain a warrant on Carter Page, the short term volunteer for the Trump campaign. The FBI obtained the initial warrant on Page and then three subsequent renewals, of which the final renewal signed was signed in the Spring of 2017 by Deputy Attorney General Rod Rosenstein. Lawmakers say Rosenstein’s involvement presents a serious issue since he signed off on the final FISA warrant and would have had access to all the previous warrants that failed to provide the secret court with the necessary information and led the court to grant the warrant.

But lawmakers, specifically the House Permanent Select Committee on Intelligence, along with the aide of the government watchdog group Judicial Watch discovered among the troves of documents that they have obtained over the past year that the FBI failed to provide significant exculpatory evidence to the FISC judges and other major discrepancies in the application and the way the FBI handled its investigation.

“The dossier was the key to all this and the FBI knew everything, everything before they went to the court to get a warrant to spy on a fellow American citizen and then to spy on the Trump campaign,” said Rep. Jim Jordan, R-Ohio, who has been at the forefront of the congressional investigation. “They knew who paid for the document- they didn’t tell the court that. They knew Ohr’s involvement and Nellie’s involvement in producing that document -they didn’t tell the court that.”

Jordan said another significant piece of information withheld from the court was that the FBI knew through Ohr that Steele “the author of the document was desperate to stop Trump from being elected.”

We’re calling on President Trump to declassify the Carter Page FISA applications and other key documents.

It’s time for the American people to get the full story. pic.twitter.com/VEZjS5TbWz

Rep. Matt Gaetz, R-Fla, said during the news conference alongside his colleagues, “Mr. President, we need your help…the rotten basis for the investigations that continue, solely to delegitimize the duly elected president of the United States.”

On Wednesday, the Washington Post first reported that former FBI Deputy Director Andrew McCabe, who was fired in March by Attorney General Jeff Sessions for lying to investigators and leaking information to the media, is under a grand jury investigation.

According to The Post Prosecutors in Washington, D.C., impaneled a grand jury and are looking into McCabe’s involvement in the investigation’s he headed and the scathing report and referral from DOJ Inspector General Michael Horowitz who reported McCabe “lacked candor” and was not truthful to investigators.