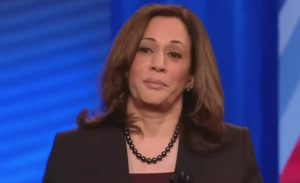 On Friday, Vice President Kamala Harris will take part in a conversation about “empowering women and girls” with former President Bill Clinton, whom numerous women have accused of sexual misconduct.

The chat will occur during the 13th annual Clinton Global Initiative University meeting, which is being held in partnership with Howard University, Harris’s alma mater.

The Clinton Foundation announced on Tuesday that this year’s meeting will feature: “A one-on-one conversation with President Clinton and Vice President Kamala Harris on the impact of the COVID-19 pandemic on women, and empowering women and girls in the U.S. and around the world.”

Former President Clinton was infamously impeached but eventually acquitted over lying under oath about having a sexual relationship with a White House intern, Monica Lewinsky. Over the decades, other women have accused the Arkansas Democrat of sexual misconduct.

On top of that, the former president’s longtime friendship with the deceased financier — and convicted sex offender — Jeffrey Epstein has drawn more scrutiny.

Moreover, according to the Clinton Foundation, the virtual meeting will “bring together 600 students from across the world who have made Commitments to Act — new, specific, and measurable initiatives that address pressing challenges.”

This year’s event, having already started on Tuesday, will run up through Friday. It is being hosted by former President Clinton, Chelsea Clinton, and Howard University.

According to the Clinton Foundation, the event will also discuss subjects such as faith in democracy, environmental justice, COVID-19 recovery, and creating systemic change.

Also due to appear at the meeting are former Secretary of State Hillary Clinton, Georgia Democrat Stacey Abrams, and Washington D.C. Mayor Muriel Bowser (D), among others.