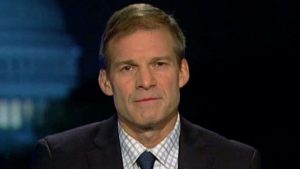 Lawmakers are questioning the extensive use of facial recognition technology after the Government Accountability Office revealed that the FBI can scan about 640 million pictures, to include drivers licenses, passport photos and mug shots. Further, recent reports revealed that federal law enforcement agencies are mining driver’s license databases in 21 states for information without the consent or knowledge of American’s in the system.

Ranking Member of the House Committee on Oversight and Reform Rep. Jim Jordan, R-Ohio, warned on Twitter Tuesday that the government’s unlimited and unauthorized access to private information “should concern every American.”  He linked a fantastic story published on Reason.com. The article lays out the arguments and reveals the extent of what federal law enforcement can access from databases in terms of individual privacy.

Now we learn about the government’s ability to use facial recognition tech and access drivers license databases in 21 states.

This should concern every American.https://t.co/r9Ca45S9fC

Jordan’s right. Anytime federal law enforcement agencies conduct a search into a database people pulled into that search are considered suspects, whether they committed a crime or not.

Just remember why our founding father’s established the Fourth Amendment of the Constitution states:

The right of the people to be secure in their persons, houses, papers, and effects, against unreasonable searches and seizures, shall not be violated, and no Warrants shall issue, but upon probable cause, supported by Oath or affirmation, and particularly describing the place to be searched, and the persons or things to be searched.