Oman Expected To Send Official To Signing Of Abraham Accords

Jordan: Obama Biden Admin Had No Proper Predicate For FBI Trump Probe. There Must Be Indictments. 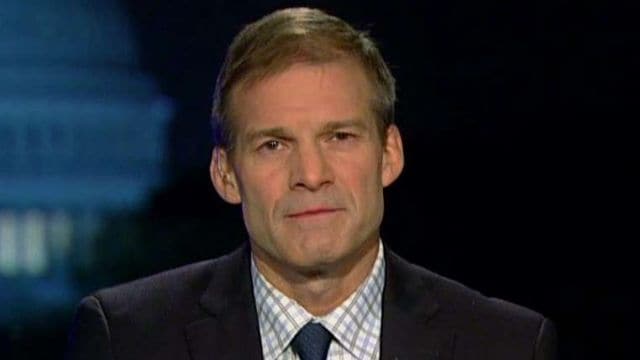 Rep. Jim Jordan told Fox News Wednesday that former FBI and Obama officials must be held accountable for dragging the nation through four years of turmoil in an investigation against President Donald Trump and his campaign that in “their own words” was not predicated on any real evidence.

Jordan, the ranking member of the House Judiciary Committee, said the “Obama- Biden intelligence community told us” they didn’t have any evidence showing the Trump campaign was conspiring with Russia. The investigation into Trump was purely political and based on lies, he added.

Senior Obama officials worked against congressional investigations to hide the truth from the American people, Jordan said. He added “they didn’t want to tell us – but thanks to Rick Grenell who released their sworn testimony we have all what they said.”

Grenell, who recently served as the acting Director of National Intelligence, declassified and released a mountain of congressional testimony from former Obama officials that revealed they had no predicate to believe Trump, nor anyone in his campaign, was conspiring with Russia in the 2016 election.

Jordan pointed to testimony from former national security advisor Susan Rice, who was intimately involved in the FBI’s probe into Trump, stating that there was never any evidence of a conspiracy. Moreover, he noted that former Obama DNI James Clapper also admitted there was no evidence of a conspiracy. Still, both Rice and Clapper, along with Obama’s other top officials, continued to investigate Trump and propagate lies in the media that the campaign had somehow colluded with Russian intelligence officials.

He noted that Attorney General William Barr, among others, believe that there were members of the FBI, and possibly senior officials within the Obama administration, that were aware illegal spying was taking place on a political opponent.

Watch the interview with Jordan below: