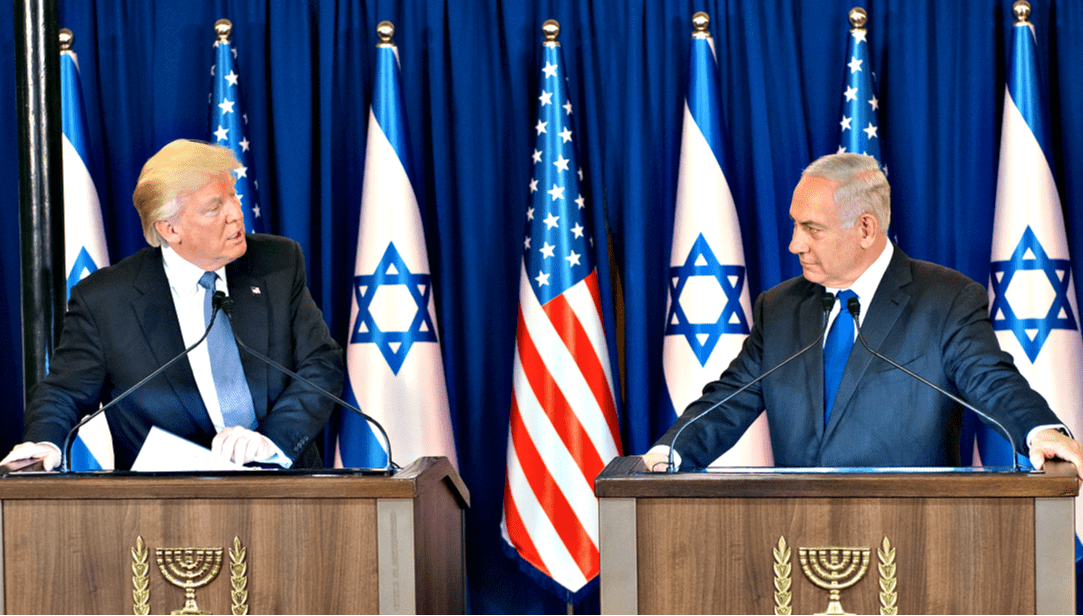 The White House has invited Israel’s Prime Minister and opposition leader to the White House. The Trump administration says it plans to finally unveil its strategy for ending the Israeli-Palestinian conflict.

“President Donald J. Trump will welcome Prime Minister Benjamin Netanyahu of Israel to the White House on January 28, 2020. LTG. (Res.) MK Benjamin Gantz, Blue and White Chairman, has also accepted the President’s invitation to come to Washington,” the White House said in a statement. “The United States and Israel are strong partners, and the Prime Minister’s visit is an opportunity to discuss our shared regional and national security interests.”

The President told the press Thursday that he would release his peace plan, which some call the “Deal of the Century,” before Tuesday’s meeting with Netanyahu and Gantz, who are just over one month away from their third election in the span of a year.

Vice President Mike Pence, who was in Jerusalem for the Fifth World Holocaust Forum, extended the invitation from Pres. Trump to the two leaders. The Vice President said Thursday that Netanyahu and Gantz would be visiting the White House to discuss “regional issues as well as the prospect of peace.”

“President Trump asked me to extend an invitation to Prime Minister Netanyahu to come to the White House next week for talks on regional issues, including peace,” Pence said during a meeting with Netanyahu on Thursday night. “At the prime minister’s suggestion, I also extended an invitation to Benny Gantz.”

Gants accepted the invitation, which was made at the request of his political rival.

“I suggested that Benny Gantz be invited to this event as well because I think it is important that we not lose this historic opportunity with such friends in the White House,” PM Netanyahu said. “We should get as broad as consensus as possible.”

In the meantime, Israeli Defense Minister Naftali Bennett has indicated that his right-wing Yamina alliance would oppose any plan that includes transferring land or the creation of a Palestinian state.

“President Trump, [Jared] Kushner and Ambassador [David] Friedman are true friends of Israel,” Bennett said in a statement. “It is likely that Israel faces a historic opportunity, along with significant risks.”

The Palestinian Authority is expected to reject this proposal. Nabil Abu Rudeinah, a spokesman for PA president Mahmoud Abbas, said the Palestinian leadership had a “clear and unwavering position” to reject any initiatives led by Pres. Trump.