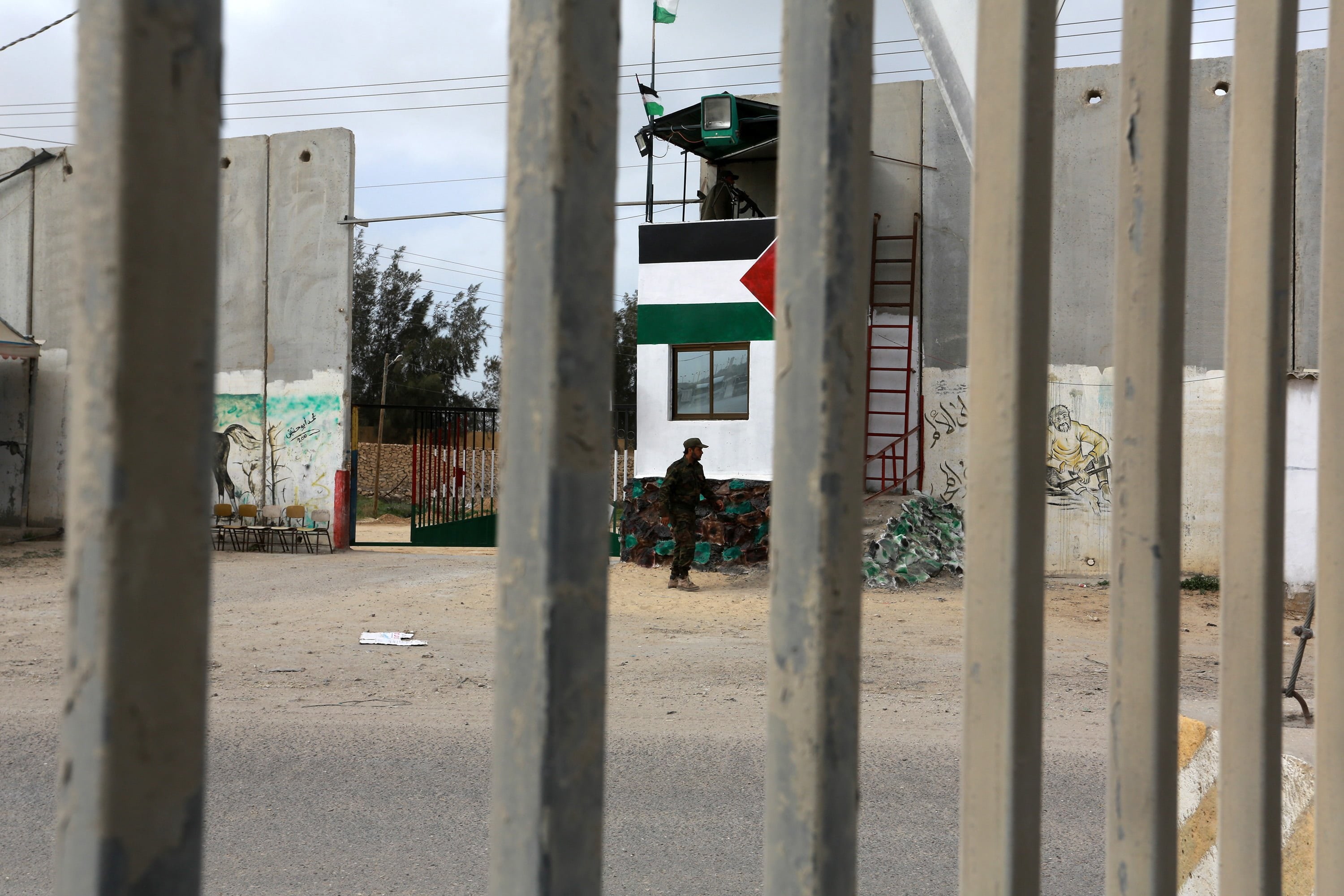 Everyone’s anticipating a new outbreak of violence in Israel’s Disputed Territories and the Gaza Strip. Not news? In this particular clash, Israel is not involved. Instead, it’s a fight between the two leading Arab terrorist organizations that battle for control in that part of the world. The opening round began this week, with the dissolution of the so-called unity government.

On one side of this battle is the Islamist certified foreign terrorist organization Hamas, which rules the Gaza Strip. Gaza is a small area of about 140 square miles, located on the Mediterranean Sea, north of Egypt and south and west of Israel.

On the other side is the nominally moderate and secular terrorist organization which claims control over all of what it calls “Palestine,” the Palestinian Authority. It is headed by Mahmoud Abbas. Known as the PA, its headquarters is in Ramallah, which is located 52 miles east of Gaza and a bit to the north, closer to Jordan and Syria.

The PA is responsible for the annual distribution of millions of dollars of foreign aid, diverting it from improving the lives of its citizens and instead funneling it to terrorists who murder Israelis and to the families of those terrorists.

The PA just called for the formation of a new government which is to rule in both Gaza and the Territories. This move was likely taken to solidify and expand its own claims to leadership, some of which it had ceded to Hamas when a power-sharing government was created about ten years ago.

Fatah has been the leading political party of the Palestinian Liberation Organization which was first formed in 1964 at an Arab League Summit in Cairo. It is the party long-headed by Yasser Arafat and subsequently by Abbas. Abbas was elected to a four-year term as president of the Palestinian Authority in 2004. Without any subsequent elections, Abbas remains in that office fourteen years later.

In 2006, the first and last time national elections were held in Gaza, Hamas defeated Fatah, to the shock of the international community. That election led to a years-long, often brutally violent warfare between the factions. Abbas and his top followers were ignominiously dumped from positions of authority in the Strip where Hamas retained tight control.

In 2014, following Hamas’s costly battle with Israel in Gaza, Hamas and Fatah cautiously agreed to unite. Rami Hamdallah was appointed Prime Minister of that government, with its seat in Ramallah.

Formation of the Palestinian National Consensus Government was met with unbridled enthusiasm by the likes of the United Nations and the European Union.

Despite international encouragement, fissures began to erupt early on. Calls by Abbas for Hamas to disband its “armed wing” were resoundingly and unequivocally rejected.

At the time, Abbas signaled his own equivocation, stating that despite his “strong desire to see this reconciliation through,” this would not happen unless the PA “ruled the Gaza Strip just as it does the West Bank.” He added that the “border crossings, security, and all the ministries must be under our control.”

In 2017, Hamas finally stated that the National Unity Government assumed control as the administrative authority over the Gaza Strip, but there is little evidence Hamas ever ceded any real control in Gaza.

FATAH CENTRAL COMMITTEE MADE THE CALL

The Fatah Central Committee called for the formation of a new government this past Sunday. Fatah is the largest political faction within the Palestinian Authority and most likely to benefit with additional seats in the new government.

Hamdallah announced his resignation on Tuesday, Jan. 29, during the government weekly cabinet meeting. He called for the formation of a new government which he hoped would represent “all factions.”

Hamas belittled the move by Abbas, suggesting it was an effort to appease the Israeli government or, just as bad, the US government.

In denouncing the move, Hamas spokesman Fawzi Barhoum sought to portray Abbas and Fatah as undermining the Arab cause, claiming it will “solidify the split between the West Bank and Gaza.”

“Any government that Abbas and his team form should be presented to the [Israeli] Knesset because it does not represent the Palestinian people,” Khaled Abu Hilal said. Hilal lives in Gaza. “Fatah’s intention to form a political factional government in the West Bank proves that Abbas is involved in the ‘deal of the century.’” That is, that they are working with President Trump in his effort to bring peace to the region.

A Fatah official who is considered a potential successor to Hamdallah acknowledged that the purpose of the new government was to replace the consensus government, the goal of which was to bring Hamas into the fold.

The ensuing open hostility between the two Palestinian Arab political rivals is likely to lead to violence. Whether that will also signal a lull in Arab-Israeli violence while the rivals focus their enmity on each other remains to be seen.

The response of the U.S. government to this public divorce is also unclear.

Under previous administrations, the PA was the clearly preferred party between the two, and efforts were undertaken to prop it up so it could head a hoped-for Palestinian state.

Removal of funding for much of the PA last year by the Trump-led government was predicated on the PA agreeing to cease incitement, and to discontinue its “Pay for Slay” policy – payment of salaries for terrorism. Still, the constant whispers about what has been called the “Deal of the Century” means that the Trump administration intends to play a strong role in future developments. For its plan to succeed, it will have to pick a side – not between Israel and its Arab neighbors, but between these two Arab factions.

Good luck with that.