Homan Slams Dems Over Migrant Detention: ‘You Need To Look In The Mirror’ 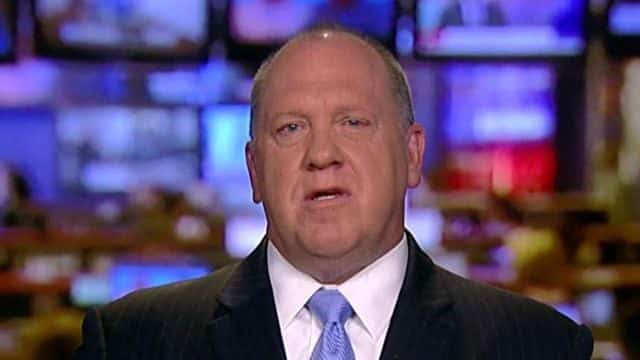 Former ICE Director Tom Homan didn’t hold back when Democratic lawmakers pressed him about migrant detention at a House Judiciary committee hearing Thursday. Homan argued that the Trump administration’s policy was the same under President Obama’s administration. Democrats like Rep. Pramila Jayapal took aim at Homan’s statements however, Homan charged that the problem lies now in the hands of congress.

if you want to know why this issue exists, you need to look in the mirror. You have failed American people by not securing the border and closing loopholes, Tom Homan

Homan’s words visibly angered Democrats. Rep. Jayapal, who chaired the hearing, cut Homan’s time every chance she could. Things got especially heated between the two of them. Then, Homan gave his last word, “I’m a taxpayer. You work for me.”

One of the loopholes, is the Flores Settlement agreement.

In August, the Trump administration said it was scrapping the Flores Settlement, an agreement that started ‘catch and release,’ which incentivized illegal immigration and created loopholes in the system. Basically, detention centers couldn’t hold family units for more than 20 days, even though it takes roughly 45 to 60 days to complete their immigration proceedings.

Critics of the Flores Settlement Agreement, which was based on the more liberal 9th circuit court ruling, have noted that the majority of family units never make it to court once they are released into the United States. Further, the statistics show that the families can stay up to eight years before going to court by using other loopholes in the system as an alternative to detention.

Now, under the new law, families can be held in detention centers until the court dates.

Further, DHS and HHS are working together to implement changes that will “ensure humane detention of families,” while continuing to address a human trafficking epidemic. It’s an easy in for the Mexican drug cartels.

On a trip this year to Guatemala this reporter spoke to residents in the village of Santa Rosa de Lima who told me that the children were being “recycled” as pawns to gain entry into the U.S. and then sent back to accompany a new group of adults.