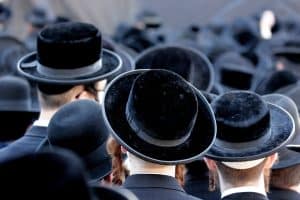 Agudath Israel of America on Thursday filed a lawsuit in a federal court to prevent Gov. Andrew Cuomo (D-N.Y.) from limiting how many people can gather in places of worship in certain parts of the state, The Yeshiva World reports.

The organization, which was founded in 1922 to serve the American Orthodox Jewish community, took the action after months of what it claims is Gov. Cuomo’s targeting and ostracizing of Jewish communities during the COVID-19 outbreak.

Recent outbreaks in New York City have been mostly confined to certain areas of Queens and Brooklyn, which have been called “red zones.” Many Orthodox Jewish communities live in these red zones. For this reason, Gov. Cuomo earlier this week stated that he might ban large gatherings at houses of worship, which has been met by large Jewish protests and condemnation from Jewish political and religious leaders.

Gov. Cuomo’s office responded to SaraACarter.com and told this reporter: “We’ve been sued virtually every day for every action taken. We’re concentrating on reducing the virus in these hot spots and saving lives, period.”

The governor’s executive order comes consequentially as the Jewish community commemorates their high, holy days. In light of that, the lawsuit claims that the order is “depriving them of their religious worship and holiday observance.”

Furthermore, the lawsuit argues that the order is unconstitutional for discriminating against individuals practicing their religion while secular events comparable in size and social distancing are allowed. Additionally, they argue that, while the order targets all religions, because the restrictions apply to these “red zones” where many Jewish people live, it disproportionately targets them and their faith.

According to the Yeshiva World article, the fact that Orthodox Jews cannot drive on certain holidays essentially prevents them from attending services at synagogues outside the red zones.

Agudath Israel of America was not available for immediate comment. This story will be updated if and when a comment is received.