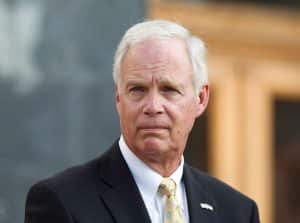 The National Archives is in the process of reviewing several thousand documents related to meetings held between senior Obama Administration and Ukrainian officials at the White House in 2016. The trove of documents was discovered after a request for documents was submitted by two top GOP Senators in November of last year, this website has learned.

The documents requested by Senator’s Ron Johnson, R-Wisconsin, and Chuck Grassley, R-Iowa, are significant as they directly concern meetings that senior Obama Administration and Ukrainian officials had at the White House in 2016. The documents are expected to be reviewed for classification purposes, as well as Executive privilege by lawyers for both President Obama and President Donald Trump, officials told SaraACarter.com.

Johnson, Chairman of the Committee on Homeland Security, and Grassley, Chairman of the Committee on Finance, sent the three page detailed request letter in November to David S. Ferriero, the head of the National Archives. The request was for “records of multiple White House meetings that took place in 2016 between and among Obama Administration officials, Ukrainian government representatives, and Democratic National Committee officials.”

Sen. Johnson, who spoke to this reporter, said “we will continue our oversight. We are going to get to the bottom of what all has been happening here. Hopefully we will get access to the information to make it available to the American public so they really do understand what’s been happening.”

We are going to get to the bottom of what all has been happening here. Hopefully we will get access to the information to make it available to the American public so they really do understand what’s been happening, Sen.Ron Johnson

A source familiar with the ongoing Senate investigation told SaraACarter.com that the request for documents “is still in NARA’s notification process.”

The National Archives (NARA) did not immediately respond for comment. This story will be updated when and if NARA officials respond to the request.

The National Archives did, however, recently notify the Senator’s offices that the expected response “to our documents request will likely be in the order of several thousand responsive pages. They cannot give us a specific date for when it will completed,” said one source familiar with the investigation.

The notification process, however, will involve notifying both the current and former Trump and Obama administrations, a review that is likely to take time.

The normal notification process involves a 30-day waiting period that has now turned into a “rolling” waiting period for the requested documents on Ukraine.

“The White House meeting records also show Alexandra Chalupa, a Ukrainian American operative ‘who was consulting for the Democratic National Committee’ during the 2016 election, attended numerous meetings at the White House, including one event with President Obama,” it stated.

Chalupa allegedly “worked to get dirt on Trump from the Ukrainians,” the letter states, referring to stories originally posted by Politico reporter Ken Vogel, who is now with the New York Times.

Another important facet of the request made by Johnson and Grassley was information obtained recently by Fox News host Laura Ingraham, who recently reported on new information that coincides with a central charter in the White House meetings: the alleged Whistleblower.

Ingraham first revealed on her show in January, a slew of internal emails exchanged in May, 2019, between State Department officials and New York Times journalist Ken Vogel. Vogel requested answers regarding the White House meetings that took place at in 2016. Vogel had previously reported on former Vice President Joe Biden’s son, Hunter Biden’s ties to the Ukrainian gas company Burisma when he worked as a journalist for Politico.

According to the emails obtained by Ingraham, which were disclosed on her show the Ingraham Angle, the alleged whistleblower had coordinated the White House meetings in 2016. Those are the same meetings currently being investigated by the Senators.

One May 1, 2019 email exchange obtained by Ingraham, reveals that Vogel had reached out to the State Department and wanted information on the January, 2016 meetings at the Obama White House. Those meetings, Vogle confirmed in the emails, were being held with Ukrainian prosecutors, and more than likely were coordinated by the now alleged whistleblower. Fox News has not revealed the name of the alleged whistleblower until the identity is clearly confirmed.

In the email to the State Department, Vogel said that the New York Times was going to report on the meetings.

“We are going to report that [State Department official] Elizabeth Zentos attended a meeting at the White House on 1/19/2016 with Ukrainian prosecutors and embassy officials as well as … [redacted] from the NSC … The subjects discussed included efforts within the United State government to support prosecutions, in Ukraine and the United Kingdom, of Burisma Holdings … and concerns that Hunter Biden’s position with the company could complicate such efforts.”

However, the New York Times never ran the story and Ingraham has questioned why The Times dropped it and if there were more emails exchanged between Vogel and the State Department.

According to the November letter sent by Johnson and Grassley, Hunter Biden was also discussed at those White House meetings. The Senate request specifically references Hunter Biden’s role on the board of Burisma Holdings, the Ukrainian gas giant, that was believed to be under investigation by Ukrainian prosecutors at the time. From 2014, until 2019, Hunter Biden served as a paid board member of Burisma, which was founded in 2002 by Mykola Zlochevsky, an ally of the former Ukrainian President Viktor Yanukovych.

According to the letter, at one meeting in January, 2016 attended by Andrii Telizhenko,  a Ukrainian political officer in the Ukrainian Embassy, the issue of Hunter Biden was brought up.

“During that same meeting, U.S. officials also reportedly brought up investigations relating to Burisma Holdings, the Ukrainian gas company that hired then-Vice President Joe Biden’s son, Hunter to serve as a board member, ” stated the letter, which footnoted a reference to a story by John Solomon, who was then working as a columnist for The Hill publication.

As for Hunter Biden, at the time he first joined Burisma Holdings board in 2014, British officials froze Zlochevsky’s London bank accounts. According to James Risen, the reporter who originally broke the story in 2015 on Hunter Biden’s Burisma connection, Zlochevsky’s accounts were worth $23 million. Britain’s Serious Fraud Office was “conducting a money-laundering investigation and refused to allow Zlochevsky or Burisma Holdings, the company’s chief legal officer, and another company owned by Zlochevsky access to the accounts.”

However, Risen disputed claims made that former Vice President Joe Biden played any role in stopping the Burisma investigation and that the White House was in fact at the time trying to stop corruption in Ukraine.

From Risen’s Story In The Intercept.

Hunter Biden was the family millstone around Joe Biden’s neck, the kind of chronic problem relative that plagues many political families. George H.W. Bush had his son Neil; Jimmy Carter had his brother Billy.

Still, when Joe Biden went to Ukraine, he was not trying to protect his son — quite the reverse.

However, we really don’t know the facts because we don’t have access to the most crucial documents related to the whistleblower, or the Obama Administration meetings.

Part of those facts are contained in documents that are now going through an extensive review by both former President Obama’s lawyers and the Trump White House.

What we do know is that the whistleblower, submitted a secondhand account report to the Intelligence Community Inspector General of Trump’s phone conversation with Ukrainian President Volodymyr Zelensky on July, 25 of last year.

The report itself raises serious questions. It was the whistleblowers account received by  Inspector General Michael Atkinson that was the impetus leading to Trump’s partisan impeachment in the House and the Senate trial. However, Trump did the unexpected last year and he released the summary of his conversation with Zelensky. That summary contradicted what the whistleblower alleged in his report. There was no evidence  of bribery or  that Trump threatened to withhold aid to Ukraine in exchange for an investigation into the former Vice President Joe Biden or his son, Hunter Biden.

On Wednesday, the Senate is set to vote on whether or not to acquit Trump of the charges of obstruction of Congress and abuse of power that stemmed originally from the whistleblower’s report. Last week, the Senate voted not to call witnesses to the trial and he is expected to be acquitted from the charges during Wednesday’s vote.