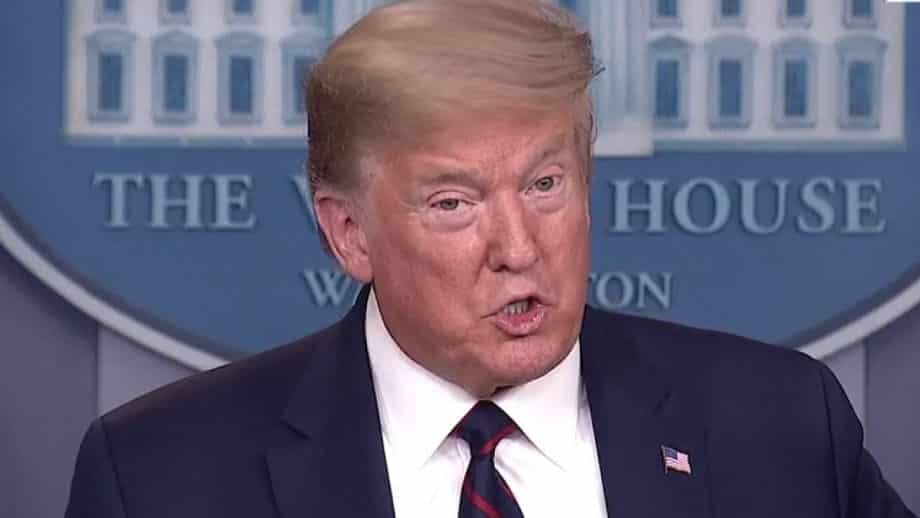 An established German politician is demanding U.S. Ambassador Richard Grenell be expelled, after the most senior U.S. diplomat called out Germany for its shortfall in defense spending to NATO.

It’s just one of many issues Grenell has been challenged with since starting his tenure as ambassador. The most recent challenge, however, came from Vice president of the Free Democratic Party Wolfgang Kubicki. He has asked for Grenell’s expulsion. But based on recent reports out of Europe it appears Kubicki may be targeting Grenell because of his  opposition to the Russian pipeline project.

Kubicki called Grenell the “high commissioner of an occupying power.”

A publication by The Guardian of London, suggests that Kubicki may have a political interest in the controversial Nord Stream 2 pipeline that would move gas directly from Russia into Europe. Critics suggest is would make Europe more dependent on Russian gas and could damage U.S. relations with the Germany.

The Guardian allegedly reviewed an email they obtained showing that Nord Stream 2 was lobbying Kubicki. The paper stated that the lobbying effort was “throwing into doubt cross-party claims of a “more critical” attitude towards the contentious energy deal in a potential three-party coalition alongside Angela Merkel’s Christian Democrats and the Greens.”

“we need people like the ambassador to call balls and strikes, so Europe knows when the quislings cross the line, because the rest of Europe is listening,” Said CarafAno.

James Carafano, vice president for foreign affairs and security at the conservative Heritage Foundation, told SaraACarter.com dismissed the attack by Kubicki, saying Grenell is “the right person at the right time in the right place.”

“He is being attacked by all the right people—they are soft on Putin and intentionally trying to damage the transatlantic relationship, “ said Carafano. Carafano is referring to Grenell’s demand that Berlin scrap Nord Stream 2 project. Companies involved in the pipeline project risk sanctions and doing business in the United States, according to reports.

“The greatest threat to European security isn’t Trump,” said Carafano. “He is all in for Europe. It isn’t Russia. US policy is strong there.”

Carafano noted that the real threat is places like Berlin and Paris, “where people are doing Putin’s work for him by proposing preposterous ideas like European strategic autonomy; making Europe more dependent on Russian energy and undermining NATO.”

He said “we need people like the ambassador to call balls and strikes, so Europe knows when the quislings cross the line, because the rest of Europe is listening and when the US calls out the real enemies of the transatlantic community, the rest of Europe hears us.”

Ambassador Grenell told The Associated Press that the country’s plans for “reducing its already unacceptable commitments to military readiness is a worrisome signal to Germany’s 28 NATO allies.”

Grenell has examined a selfless agenda for championing justice time and time again. The 52-year-old diplomat, who is a confidant of President Trump, has championed against terrorist nations, Chinese hacking and espionage, human right’s abuses and is holding Germany accountable.

He has spent his tenure championing human rights around the world. In early February, Grenell penned an op-ed titled “The hanging of a gay man in Iran should be a wakeup call”. Grenell called out the Iranian Supreme Leader Ali Khamenei for such egregious human rights violations. “Reasonable people can help by speaking out when young gay men are publically hanged in Iran or shot in Chechnya. And government officials must work harder to demand that UN Members decriminalize homosexuality.” wrote Grenell.

Oped in @BILD_English: The Hanging of a Gay Man in Iran Should be a Wakeup Call https://t.co/ScivlI30NN

Hadi inspires me. He is so brave and focused. Let’s do this, Hadi! The US is with you. https://t.co/9k4befjoaN

Later, Grenell slammed German Foreign Ministry officials for celebrating the anniversary of the Islamic Revolution. Grenell reacted to the story telling Fox News, “No one should confuse the desire to have dialogue with a celebration marking 40 years of brutality. This sends a troubling mixed message,”.

Grenell Stands Up to Iran’s Death Penalty for Homosexuality

Earlier this month, Grenell took action after Iran’s religious court charged a female activist for her attempts to “normalize same-sex relations”. Homosexuality in Iran is punishable by death. Grenell has been fighting for the people of Iran, human right’s advocates say.

Grenell has also put immense pressure on Germany to hold Iran accountable for its support of terrorist groups around the globe. Last month, he worked with Germany to ban the Iranian state airline  in the country. It was a difficult political battle for Grenell, as he was faced with opposition inside Germany. The ban put a serious dent in Iran’s ability to  transport weapons and militants to war torn countries in the Middle East and Syria.

The US ambassador to Germany, @RichardGrenell who is spearheading a United States government campaign to decriminalize homosexuality across the world, helped draw attention to the case of Mohammadi. @usbotschaft @Jerusalem_Post https://t.co/PQDggUPayx

Grenell is unapologetically pro-Israel and holds its enemies accountable. Speaking before a leading U.N. watchdog group Grenell said, “It speaks to the fundamental flaws of the Human Rights Council that it singles out Israel on a permanent basis.” Further, when Germany extended an invitation for Rasmeah Oded, a Palestinian terrorist, to speak in their country Grenell condemned the move telling Fox News, “Some people plant the seeds of anti-Semitism while others water it and help it grow.”

U.S. Ambassador to Germany @RichardGrenell addresses our Rally for Equal Rights at the United Nations: "It speaks to the fundamental flaws of the Human Rights Council that it singles out Israel on a permanent basis." #EndItem7 pic.twitter.com/H1MejaMbCG

Grenell is anything but a so-called “high commissioner of an occupying power”. He is devoted to stopping anti-semitism, anti LGBTQ+, anti civil liberty campaigns.

Jennie Taer contributed to this report.