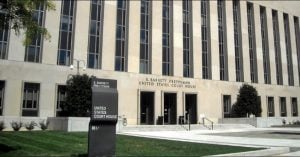 More than four years after the FBI began its improper surveillance of the Trump campaign, Mary B. McCord, who approved the surveillance, has been appointed as an advisor to the Foreign Intelligence Surveillance Court. The same court McCord was just appointed to excoriated the decision to spy on Carter Page. He was the Trump campaign national security advisor at the time.

However, even though the report personally named McCord over 25 times for all of her contributions, she faced no consequences. Now, she is one of the eight amici curiae, advising the FISC. She is also a visiting professor at Georgetown Law and the executive director of the Institute for Constitutional Advocacy and Protection.

Page expressed his disappointment in a statement to SaraACarter.com.

“The complete failure of Congressional oversight and the overall FISA regime catastrophe has further perpetuated the dire predicament for average American citizens outside of the DC Swamp whose civil liberties continue to get destroyed,” the former Naval officer said.