FBI Agents Manipulated Flynn 302 Interview. His Case Must Be Dismissed. It Was A Setup.

The tide is turning for former National Security Advisor Army Lt. Gen. Michael Flynn and if his attorney has her way the entire case will be thrown out. It should be.

The retired three-star general has had his life turned upside down for more than three years as former senior Obama Administration officials targeted him, attempted to destroy  his reputation and dragged him through a Special Counsel investigation that culminated in his decision to plead guilty to one count of lying to the FBI.

His attorney, Sidney Powell, is doing what should have been done since he first sought an attorney for his defense — Fight for her client.

His indictment was one of the most egregious and most apparent set-ups that occurred during the FBI’s now debunked and extremely flawed probe into President Trump’s campaign and Russia.

Flynn is and was a victim of the FBI’s malfeasance. The bureau’s malfeasance, unfortunately, played into a much larger scheme by former senior Obama Administration officials and supporters of former presidential candidate Hillary Clinton. They weaponized the intelligence community and distorted the power of the Justice Department in an attempt to remove Trump from office and rattle his administration. More accurately, it was and is a  ‘soft coup’ by those who hated Trump more than they respected the Constitution they swore to defend.

Powell’s explosive 37-page brief reveals significant details and evidence suggesting the investigation into Flynn was a setup and she correct in arguing to the court that his case must be dismissed.

“If there is any integrity in the D.C. US Attorney’s office and the Department of Justice, they will move to dismiss this case now in the interest of Justice,” Powell told me Friday. 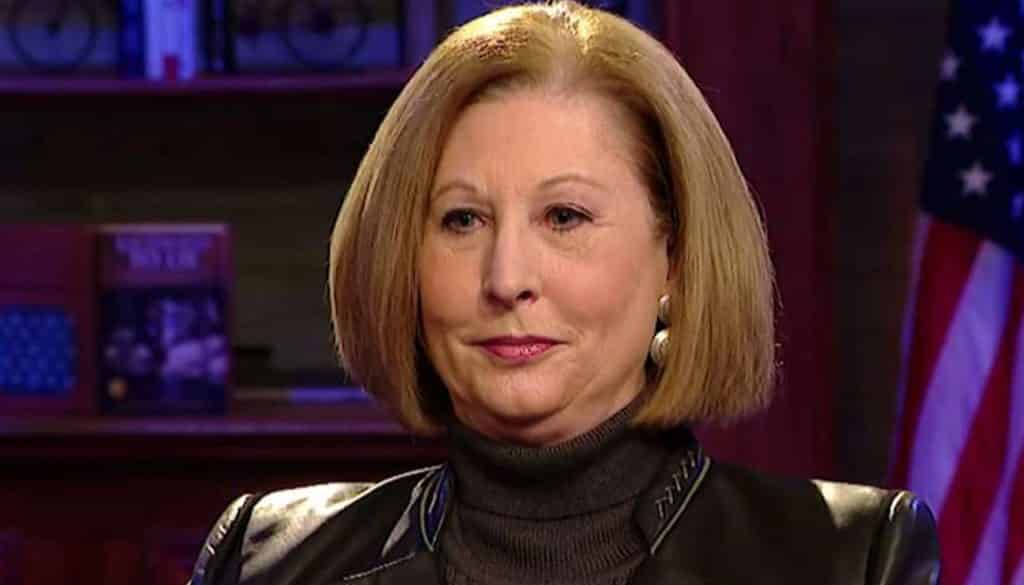 She’s right and without equivocation.

Flynn’s long respected military reputation was sullied by untruthful and inaccurate media leaks both in the United States and Great Britain. It was an attempt to frame him and discredit Trump. His finances were drained. His family suffered and those associated with him were also dragged through Washington D.C.’s very dirty and muddy swamp.

Everything that happened to Flynn, happened for one reason only: It was to target Trump and it’s still ongoing.

This has led to a slew of new evidence against the bureau and validation of alleged misconduct by its FBI agents, some of which had been slowly trickling out since former senior Obama Administration officials began targeting Flynn openly in January, 2017.

Further, she reveals concrete evidence that the government is still holding onto significant Brady material that would fully exonerate her client. It would also hold responsible senior federal law enforcement and Justice Department officials who distorted facts and leaked lies to the media about the three-star general.

Because of this, Powell is demanding that the court require that the government produce all evidence related to Flynn. She is also urging the court to hold prosecutors in contempt and “dismiss the entire prosecution for outrageous government misconduct.”

The most significant evidence against the FBI validated in Powell’s brief was the circumstances surrounding Flynn’s first interview with the FBI on Jan. 24, 2017 and the manipulation of the interview report, known as a 302, from that interview. The interview was conducted by now fired FBI Special Agent Peter Strzok, whose texts messages later revealed he was vehemently anti-Trump and current FBI Special Agent Joe Pientka, who has never spoken publicly on the matter. In December, 2017 this reporter revealed that it was Strzok who had interviewed Flynn and that the interview itself was a set-up.

“Those changes added an unequivocal statement that ‘FLYNN stated he did not’—in response to whether Mr. Flynn had asked Kislyak to vote in a certain manner or slow down the UN vote. This is a deceptive manipulation because, as the notes of the agents show, Mr. Flynn was not even sure he had spoken to Russia/Kislyak on this issue. He had talked to dozens of countries.”

Excerpt from my December, 2017 story:

The former U.S. intelligence official told this reporter, “with the recent revelation that Strzok was removed from the Special Counsel investigation for making anti-Trump text messages it seems likely that the accuracy and veracity of the 302 of Flynn’s interview as a whole should be reviewed and called into question.”

“The most logical thing to happen would be to call the other FBI Special Agent present during Flynn’s interview before the Grand Jury to recount his version,” the former intelligence official added.

The interview regarded Flynn’s conversation with with then Russian Ambassador Sergey Kislyak, which occurred in December, 2016, as previously published by this reporter. His private conversation was being monitored by the FBI, which had a FISA warrant on the Russian ambassador. The contents of conversation, from highly classified transcripts, were leaked to David Ignatius with the Washington Post, and he published the story in early January.

Powell reveals in her filing that she has requested the records of FBI spy Stefan Halper, who worked as a contractor for the Pentagon Office of Net Assessment (ONA) and director James Baker. Halper, who is a professor had and spied on several of Trump’s campaign aids, may have information.

According to Powell “ONA Director Baker regular lunched with Washington Post Reporter David Ignatius.Baker is believed to be the person who illegally leaked the transcript of Mr. Flynn’s calls to Ignatius.”

Flynn was also tricked into the interview with the FBI. It’s no exaggeration. Former FBI Director James Comey admitted it whole heartedly with a smile on his face and a satisfaction that comes from a man who truly is a narcissist. Flynn’s interview with Strzok and Pientka occurred at a chaotic time when the Trump White House was still settling in and very disorganized, as Comey suggested in an interview.

Interestingly, Comey admitted to Congress later during a hearing that the agents at the time didn’t believe that Flynn lied in his interview. None of it mattered. They were setting him up. They already had the transcripts of his phone conversations but chose not to tell him, hoping they’d trip him up in the interview. When they couldn’t trip him up, somebody manipulated the 302 report of their interview with him. Even though they had no evidence Flynn had lied, they didn’t care. The prosecutors and FBI have the power of the purse and the ability to threaten and strong arm those they want to prosecute. That’s what they did.

The prosecutors threatened that they would drag his son Michael Flynn Jr., whose wife had just given birth to their first child, into a major legal mess, several sources with direct knowledge told me.  Further, Flynn had already paid his previously high priced attorneys an substantial amount of money and his finances were depleted. He eventually had to sell his home and ended up spending more than $1 million for his defense that has left him in debt.

In January, 2018 I reported on Sean Hannity’s Fox News that several U.S. officials – with knowledge of the FBI interview- had informed me that the 302 interview of Flynn, had been altered or manipulated to make it appear that there may have been a discrepancy in his statements to Pientka and Strzok.

In her brief Powell reveals that the FBI has never granted access to the original 302. She also lists serious discrepancies with the 302 that was submitted by the agents, text messages that reveal the 302 was more than likely altered and more importantly the revelation that numerous text messages between Strzok and his paramour FBI lawyer Lisa Page have still not been released by the FBI or Justice Department. Page worked directly for former FBI Deputy Director Andrew McCabe. McCabe is currently under a criminal probe.

“This was the most important interview the FBI did—carefully orchestrated by the Director (James Comey) and Deputy Director (McCabe) after many internal discussions, and extensive meeting of the upper crust of the FBI for no valid purpose,” Powell’s brief states. “The original 302 is not ‘missing.’ If the government will not produce it, it could only have been deliberately destroyed, and this prosecution should be dismissed on that basis alone.”

Powell alleges that the manipulation of the 302s by FBI officials is compounded by evidence in text messages between Strzok and Page and the actual notes taken by the agents the day that they met with Flynn at the White House. Her argument suggests Flynn was framed from the onset.

Powell also notes in reference to the 302 that agents added: “or if Kislyak described any Russian response to a request by Flynn.”

“That question and answer does not appear in the notes, yet it was made into a criminal offense,” Powell wrote. “The draft also shows that the agents moved a sentence to make it seem to be an answer to a question it was not.”

It’s all in the details and Powell nails it perfectly.

Powell also referenced text messages between Strzok and Page that also raise significant questions as the timing of the their text messages coincide with stories that were leaked to the media by apparent officials of the FBI or DOJ.

Just days after stories published regarding the now debunked and salacious aspects of the anti-Trump dossier, “Strzok wrote to Page: ‘Sitting with Bill watching CNN. A TON more out…We’re discussing whether, now that this is out, we can use it as a pretext to go interview some people.’”

The dossier, written by former British spy Christopher Steele, was funded by the Clinton campaign and the Democratic National Committee through law firm Perkins Coie. Perkins Coie paid Fusion GPS, which was founded by former Wall Street Journal reporter Glenn Simpson, for the research. Simpson hired Nellie Ohr, the wife of senior DOJ official Bruce Ohr. She was a Russia specialist to also work on a dossier targeting Trump and Russia. Ohr was a close friend of Steele and was back-channeling information from Steele to the FBI after Steele was dismissed as an informant for leaking information to the media.

It’s twisted but simple once you know who all the players are and how they worked to target President Trump.

Powell’s brief, moreover, outlines the very nature of what occurred during the very implementation of what I describe as a ‘soft-coup’ against the Trump White House. One that is ongoing and one that threatens the foundation of the Constitution.

Flynn was the first and most necessary target for likes of Comey, former FBI Deputy Director Andrew McCabe, former CIA Director John Brennan, former Director of National Intelligence James Clapper and the numerous other anti-Trump bureaucrats who wanted to rattle the fledgling administration that the American people put into office.

Flynn’s appointment as Nation Security Advisor to Trump was the reason why. He had worked in the intelligence community throughout his illustrious military career and headed the Defense Intelligence Agency until he was fired by President Obama. In numerous interviews with this reporter in 2015 and 2016 Flynn said he was unwilling to support the Obama administration’s false narrative that terrorist organizations – like al-Qaeda and Islamic State – were on the run.

Flynn knew and understood well where the bodies were buried. He had fought long and hard with in his career against policies implemented by senior CIA officials, as well as some Pentagon officials, who saw his plans to reform the intelligence community as a threat, according to interviews with CIA and military officials who spoke to this reporter.

When he was nominated by Trump to be the most powerful man next to him in the White House, “his enemies from the intelligence community went into full swing to target him and get him out,” said a former intelligence official who was aware of the situation at the time.