Jeffrey Epstein Attorney: He Was Concerned For His Life 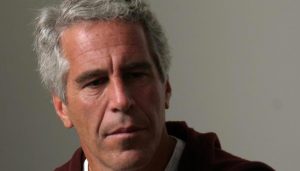 Jeffrey Epstein was concerned for his life after an incident in the jail in late July that sources at the Metropolitan Correctional Center in New York said was an attempted suicide, said Criminal Defense Attorney David Schoen, who had visited Epstein on Aug. 1, at the facility.

Schoen had been speaking to Epstein weeks prior and deliberating whether or not to take on the federal sex trafficking case authorities had brought against the billionaire. He was being held without bail for child sex trafficking, as well as conspiracy charges. Epstein pleaded not guilty. He faced up to 45 years in prison if convicted and the mystery surrounding his death deepened with his alleged suicide Saturday. Epstein has been connected by friendship, as well as through his lavish parties, to some of the most powerful people in the world.

Schoen said, he was just days away from officially representing Epstein when he learned of his death.

The meeting on Aug. 1, which Schoen said lasted five hours, was detailed and long. Schoen said Jeffrey Epstein did not appear to be suicidal and instead, seemed relieved that Schoen would be joining his legal team as they worked on his defense. The meeting was interrupted at one point by the jail psychologist came to visit Epstein, who appeared open to speak to her.

This would be the last time Schoen spoke to Jeffrey Epstein.

Epstein, who was 66 years old, was found dead Saturday at the Manhattan detention facility. The medical examiner believes Epstein’s cause of death is suicide by hanging, according to reports. However, the medical examiner is waiting for additional information from law enforcement before making the findings public, reports state.

Since meeting with Epstein on Aug. 1, Schoen was in communication with intermediaries regarding the case and said there was no indication on his part that Epstein was suicidal the day they met in New York. He had planned to see him this week, before finding out Saturday that his future client was dead of an apparent suicide.

“He was afraid of any consequences if he spoke about what happened in the first incident,” said Schoen, who recalled Epstein’s conversation with him during their meeting about the inmate he was housed with during the time. Epstein had been put into a cell with a very dangerous former police officer, accused of killing four people and the incident regarding his alleged suicide in July needs to be thoroughly investigated.

“He had asked me to take over his case, to essentially quarterback the legal team,” said Schoen, who also recalled that Epstein had sent a message to Schoen to meet with him on Friday. Schoen was working another case and couldn’t make it, he said. After the Aug. 9 meeting was canceled, Schoen had rescheduled to fly to back to New York this week to meet with Jeffrey Epstein.

On Friday Schoen received a call from a member of Epstein’s legal team, who had visited Epstein on Friday. They relayed to Schoen that Epstein wanted to hire him and said “if you could get on the case immediately. My plan was to fly back and see him.

According to Fox News that officer was Nicholas Tartaglione, who’d been a Briarcliffe Manor cop in Westchester County, N.Y.. He was charged in 2016 with the deaths of four men stemming from an alleged cocaine drug conspiracy. Epstein was housed at the MCC federal lockup with the 51-year-old former cop after his July arrest for sex trafficking, Tartaglione’s attorney told Fox News on Monday.

Attorney General William Barr said Monday he was “appalled and frankly angry to learn of the (correctional facility’s) failure to adequately secure this prisoner.” Barr spoke at a conference for police officers in New Orleans adding, “we are now learning of serious irregularities at this facility that are deeply concerning and demand a thorough investigation.”

On Saturday, William Barr announced that he has called on the F.B.I. and the Department’s Inspector General Michael Horowitz to investigate the circumstances surrounding Jeffrey Epstein’s death.

DOJ officials will want to know why Epstein was taken off suicide watch, what happened in the first instance and why there was only minimal security at the time of his death. Jeffrey Epstein remained on suicide watch until July 23, according to reports.

Sources had told The New York Times that Epstien was removed from suicide watch several weeks ago, after he had tried to kill himself on July 23. Schoen does not believe that to be the case based on the conversation he had with Epstein Aug. 1.

Schoen said Epstein had told the investigators at the correctional facility that “he couldn’t remember what happened and they told him they were going to close investigation. He was afraid to tell them what happened in the cell.” Schoen said he was skeptical of the suicide claims but was waiting on the coroner’s findings.

Judicial Watch, a conservative government watchdog group, has also opened an investigation into Epstein. Judicial Watch president Tom Fitton tweeted on Monday “Epstein death is a disaster for the rule of law and Justice Department.”

“Judicial Watch has begun its own independent investigation,” he said.

#Epstein death is a disaster for the rule of law and Justice Department. Who can you trust! @JudicialWatch has begun its own independent investigation. My reactions this am on @WMALDC. https://t.co/ig2nfg7PrA pic.twitter.com/MClu1HCPhb