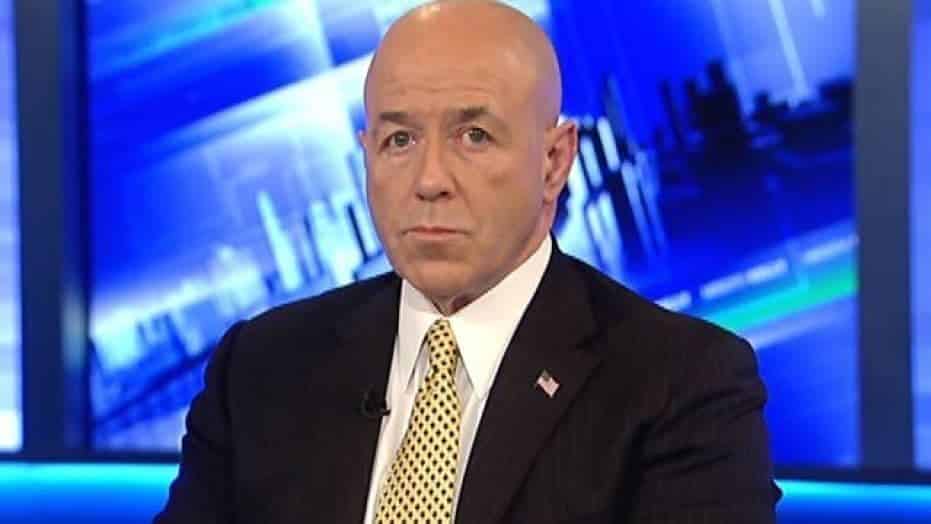 Kerik: If Black Lives Really Mattered, BLM, Antifa would be Marching All Over Chicago

Dr. Profeta Warned Of A Viral Pandemic In 2014. Now He’s On The Frontline Fighting COVID-19

Dr. Louis Profeta has worked as an emergency physician at St. Vincent Hospital of Indianapolis since 1993. He also serves as a clinical instructor of Emergency Medicine at both Indiana University and Marian University Schools of Medicine.

In October 2014, he warned us of a global pandemic like the coronavirus in his LinkedIn article, What Scares Me Even More Than Ebola.

“The thing that scared me the most was a viral pandemic,” Dr. Profeta told this reporter before going to work Saturday night. “It wasn’t things like terrorism or an earthquake or a hurricane. You literally can’t protect the health centers from this onslaught. We probably don’t have enough protective gear and we don’t have enough ventilators.”

He added that doctors across the nation will be faced with incredibly difficult decisions moving forward.

Dr. Profeta’s key warning in his 2014 article: “There is no way you can prepare for (a viral pandemic). The goal should be to protect your hospital from it.”

Since COVID-19 started spreading rapidly across the U.S., it has exposed the general lack of preparedness from government and the health care industry at every level. In Indiana’s neighboring state Illinois, Governor J.B. Pritzker is calling on retired doctors and nurses to come back to work in order to help fill critical voids in hospital staffing.

“One of the biggest fears we have is if we get to the point where we tell people with loved ones who are dying with pneumonia that we can’t even help them,” said Dr. Profeta. “We’re not there yet (at St. Vincent Hospital of Indianapolis) but I bet they’re getting close in major cities.”

Dr. Profeta Warned Of A Pandemic During Obama Admin. Nothing Was Done.

A graduate of Indiana University’s School of Medicine, Dr. Profeta completed his post-graduate training in Emergency Medicine at the University of Pittsburgh. As an influential voice in emergency care, he was named LinkedIn Top Voice for readership in health care in 2015, 2016 and 2017. In 2018, he was honored by the National Society of Newspaper Columnists for his contributions to online media.

Moreover, Dr. Profeta’s best-selling book, The Patient in Room Nine Says He’s God, has continued to earn critical acclaim as a unique look at society, God and life through the perspective of an ER doctor.

His warning of a global viral pandemic was published during the Obama administration and he mentioned that every president has had an opportunity to prepare for this situation but has not. Profeta adds that the Trump administration has taken the most proactive approach to combatting epidemics to date. He says Jared Kushner’s office sought the advice of approximately 20,000 emergency room doctors in the nationwide Facebook group “EM Docs.” Profeta is one of those members.

However, in May 2018, President Donald Trump’s biodefense preparedness adviser warned that a pandemic was the country’s top health threat and that the U.S. was not prepared. In 2019, the President demobilized the National Security Council’s global health security office.

According to Dr. Profeta, COVID-19 consists of novel RNA strands, animal strands, that are unlike anything that have ever existed in the human body, which is why it is so infectious.

“It’s a whole new virus,” he said. “Why some people respond to it one way and others don’t, we don’t know.”

Medical professionals are just like ordinary Americans. Dr. Profeta is a devoted husband and father of three sons. His oldest son, Max, survived a battle with cancer.

“We’re absolutely terrified,” Dr. Profeta said of himself and his fellow medical professionals. “The nursing staff is terrified and we all have families. A lot of us are married, we have kids of our own. We want to grow old with our loved ones too. We’ve seen this coming for years. Some of us are getting sick too. It’s hard, we’re physically beat.”

It’s time to consider a national medical license to allow doctors to move across state lines to help where needed. In addition hospitals need to fast track privileges. The feds also need to Provide malpractice coverage For those willing to help out in other communities.

Dr. Profeta says he has been washing his hands hundreds of times a day. He says the best thing to do is stay at home but realizes that you cannot shut down a free society.

“One of the reasons we may see a higher death rate here than in China is because we’re free and can’t be held at gunpoint by the government,” he told this reporter. “You watch the Spring Break videos and the kids don’t get it. They’ll understand it if we start burying their parents and grandparents. People are starting to die and those numbers will increase.”

Dr. Profeta says it is time for the younger generation to step up in order to protect those who are more vulnerable to succumbing to this virus. Instead of congregating in public spaces, people should do their best to stay at home.

“This is that generation’s ‘Churchillian moment’ and what are they doing? Beer bongs on the beach of Daytona. That is your Pearl Harbor? Are you kidding me?” he told this reporter. “Instead of rallying around partying, why aren’t they rallying around helping older people to get them the things they need? They all need to rally together and be stewards of this country. It’s a f***ing embarrassment. We’re watching this as ER docs on the front lines, risking our lives to save yours, watching this generation and this is their ‘wokeness.’ It’s so sad.”

The other issue for hospitals and medical providers is dealing with insurance companies, who have been far from helpful in these trying times.

“This has been going on for years since the Balance Billing issue, they literally just stop paying us,” Dr. Profeta said. “They essentially fill these unbelievably expensive policies with huge co-pays to people with capability to pay the co-pay and turn around and tell us that they can’t pay for it. It’s like going into Walmart and stealing something. Insurance companies are bankrupting ER’s around the country and we’re cutting down our staffing because we’re not making enough revenue to make payroll.”

He says doctors are frustrated because they are “risking their lives and can’t even get insurance companies to pay their bills.”

A DAY IN THE LIFE OF DR. PROFETA DURING COVID-19

“I wake up in the morning and wonder if this is the last day I’m going to be healthy,” he said. “I look at my wife and kids. I make sure my wife has everything she needs just in case. We try to stay positive.”

Then he goes to work and dons the protective gear. He sees patient after patient, trying to alleviate their fears if he can. Some doctors are even taking their clothes off in the parking lot so they don’t take the virus in the car and bring it home.

“Then I get home, have something to eat, sip a little bourbon, and do it the next day,” he chuckled.

Dr. Profeta has maintained his distance from his family if possible, but ultimately it’s difficult living in the same house.

UNDERSTAFFING AND OVERWHELMING THE MEDICAL INDUSTRY

Dr. Profeta wrote the following warning in his 2014 article, What Scares Me Even More Than Ebola, regarding the next global viral pandemic:

“Now imagine that huge numbers of hospital staff – from doctors to housekeepers, from food services to registration, from security and parking to transportation will decide not show up. They will call in sick or simply just say: “No, I’m not coming to work today.” In just a few days, human waste, debris, soiled linens, the sick, the dying and the bodies will pile up. We will be overwhelmed and unable to offer much in the way of assistance because the labor-intensive protocols that allow us to safely care for even one patient are just too exhausting. These procedures are barely repeatable more than once or twice of day, and fraught with so many steps and potential for mistake that it becomes too physically and emotionally taxing for the staff to do … so they simply wont show up.”

But most importantly, creating coronavirus treatment sites is a better way to limit the spread into the hospitals, where it could contaminate other doctors and otherwise sick patients.

“We’ve had nearly a hundred years to get ready and the best we can come up with is plastic suits, double gloves, respirators, and masks. The battleground of this problem can’t be in the hospital. It is un-winnable in our emergency rooms.”