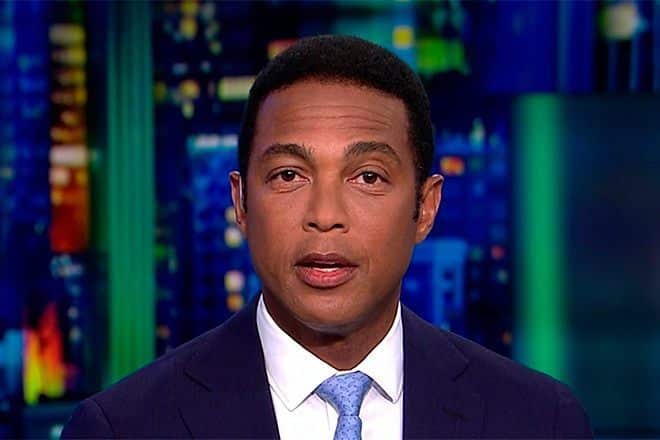 Yes, there you have it.

Other journalists and anchors were apparently in disbelief until they listened to his broadcast where he exchanged thoughts with fellow CNN anchor Chris Cuomo as they discussed the thousands of migrants heading to the United States from Central America.

Fox New’s Brit Hume was one of the journalists who found it difficult to believe until he heard Lemon’s rhetoric on links included in Twitter feeds that began posting late Monday night and Tuesday morning.

“I could hardly believe he actually said that, but the video shows he certainly did,” Hume stated on Twitter. “Remarkable.”

I could hardly believe he actually said that, but the video shows he certainly did. Remarkable. https://t.co/6x6YMoDVkV

Lemon told fellow CNN anchor Chris Cuomo late Monday, “We keep thinking that the biggest terror threat is something else, someone people who are marching, you know, towards the border, like it’s imminent.”

“And the last time they did this, a couple hundred people came and they — you know, most of them did get into the country, most of them tired– you know, got tuckered out before they made it to the border,” he continued.

“So, we have to stop demonizing people and realize the biggest terror threat in this country is white men, most of them radicalized to the right, and we have to start doing something about them,” said Lemon. “There is no travel ban on them. There is no ban on — you know, they had the Muslim ban. There is no white guy ban.”

SaraACarter.com reported yesterday that the migrant caravan is–indeed–linked to dangerous people who, according to Mexican authorities, are carrying gasoline bombs and firearms with them. The same caravan was involved in a violent clash with Mexican and Guatemalan authorities, pelting rocks, firecrackers, and glass bottles at police.