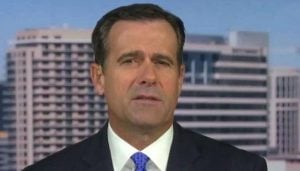 “China poses a greater national security threat to the U.S. than any other nation – economically, militarily and technologically. That includes threats of election influence and interference,” Director of National Intelligence John Ratcliffe told Fox News in a statement.

“China is concerned that President Trump’s reelection would lead to a continuation of policies that they perceive to be ‘anti-China,’” Ratcliffe explained, noting that the intelligence community has briefed “hundreds of members of Congress” to raise their concerns about China “and its increased efforts to impact the U.S. policy climate in its favor.”

“Fair and free elections are a bedrock of American democracy, and the IC remains vigilant against the various activities by China, as well as other threat countries and actors, which seek to affect our electoral process,” Ratcliffe said.