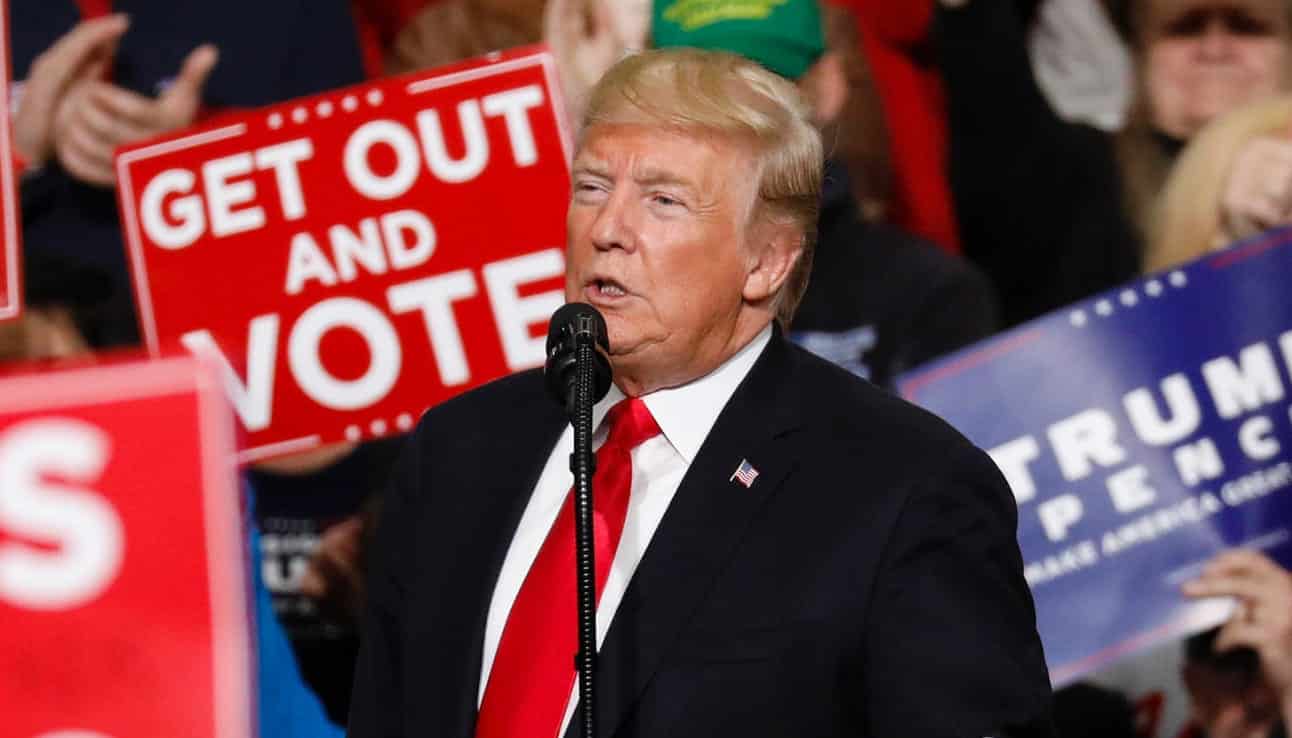 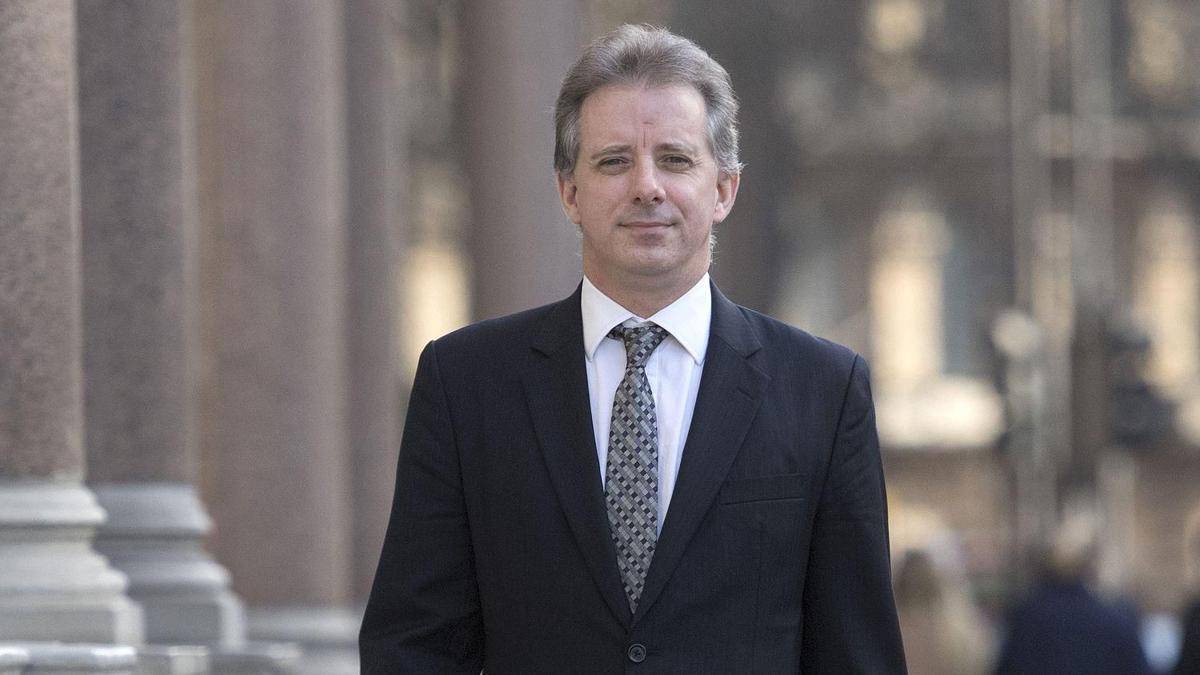 Further, the partially declassified footnotes reveal that those senior intelligence officials were aware of the disinformation when they included the dossier in the Obama administration’s Intelligence Communities Assessment (ICA).

As important, the footnotes reveal that there had been a request to validate information collected by British spy Christopher Steele as far back as 2015, and that there was concern among members of the FBI and intelligence community about his reliability. Those concerns were brushed aside by members of the Crossfire Hurricane team in their pursuit against the Trump campaign officials, according to sources who spoke to this reporter and the footnotes.

The explosive footnotes were partially declassified and made public Wednesday, after a lengthy review by the Director of National Intelligence Richard Grenell’s office. Grenell sent the letter Wednesday releasing the documents to Sen. Chuck Grassley, R-Iowa and Sen. Ron Johnson, R- Wisconsin, both who requested the declassification.

“Having reviewed the matter, and having consulted the heads of the relevant Intelligence Community elements, I have declassified the enclosed footnotes.” Grenell consulted with DOJ Attorney General William Barr on the declassification of the documents.

Grassley and Johnson released a statement late Wednesday stating “as we can see from these now-declassified footnotes in the IG’s report, Russian intelligence was aware of the dossier before the FBI even began its investigation and the FBI had reports in hand that their central piece of evidence was most likely tainted with Russian disinformation.”

“Thanks to Attorney General Barr’s and Acting Director Grenell’s declassification of the footnotes, we know the FBI’s justification to target an American Citizen was riddled with significant flaws,” the Senator stated. “Inspector General Michael Horowitz and his team did what neither the FBI nor Special Counsel Mueller cared to do: examine and investigate corruption at the FBI, the sources of the Steele dossier, how it was disseminated, and reporting that it contained Russian disinformation.”

A U.S. Official familiar with the investigation into the FBI told this reporter that the footnotes “clearly show that the FBI team was or should have had been aware that the Russian Intelligence Services was trying to influence Steele’s reporting in the summer of 2016, and that there were some preferences for Hillary; and that this RIS [Russian Intelligence Services] sourced information being fed to Steele was designed to hurt Trump.”

The official noted these new revelations also “undermines the ICA on Russian Interference and the intent to help Trump. It undermines the FISA warrants and there should not have been a Mueller investigation.”

Russian’s Appeared To Have Preferred Clinton

The footnotes also reveal a startling fact that go against Brennan’s assessment that Russia was vying for Trump, when in fact, the Russians appeared to be hopeful of a Clinton presidency.

“The FBI received information in June, 2017 which revealed that, among other things, there were personal and business ties between the sub-source and Steele’s Primary Sub-source, contacts between the sub-source and an individual in the Russian Presidential Administration in June/July 2016 [redacted] and the sub source voicing strong support for candidate Clinton in the 2016 U.S. election. The Supervisory Intel Analyst told us that the FBI did not have a Section 702 vicarage on any other Steele sub-source.”

The complete four pages of the partially redacted footnotes paint a clear picture of the alleged malfeasance committed by former FBI Director James Comey, former DNI James Clapper and former CIA Director John Brennan, who were all aware of the concerns regarding the information supplied by former British spy Christopher Steele in the dossier. Steele, who was hired by the private embattled research firm Fusion GPS, was paid for his work through the Hillary Clinton campaign and Democratic National Committee. The FBI also paid for Steele’s work before ending its confidential source relationship with him but then used Obama DOJ Official Bruce Ohr as a go between to continue obtaining information from the former spy.

In footnote 205, for instance, payment documents show that Steele lied about not being a Confidential Human Source.

“During his time as an FBI CHS, Steele received a total of $95,000 from the FBI,” the footnote states. “We reviewed the FBI paperwork for those payments, each of which required Steele’s Signed acknowledgement. On each document, of which there were eight, was the caption ‘CHS payment’ and ‘CHS Payment Name.’ A signature page was missing for one of the payments.”

In footnote 350, Horowitz describes the questionable Russian disinformation and the FBI’s reliance on the information to target the Trump campaign as an attempt to build a narrative that campaign officials colluded with Russia. Further, the timeline reveals that Comey, Brennan and Clapper were aware of the disinformation by Russian intelligence when they briefed then President-elect Trump in January, 2017 on the Steele dossier.

“[redacted] In addition to the information in Steele’s Delta file documenting Steele’s frequent contacts with representatives for multiple Russian oligarchs, we identified reporting the Crossfire Hurricane team received from [redacted] indicating the potential for Russian disinformation influencing Steele’ election reporting,” stated the partially declassified footnote 350. “A January 12, 2017 report relayed information from [redacted] outlining an inaccuracy in a limited subset of Steele’s reporting about the activities of Michael Cohen. The [redacted] stated that it did not have high confidence in this subset of Steele’s reporting and assessed that the referenced subset was part of a Russian disinformation campaign to denigrate U.S. foreign relations.

A second report from the same [redacted] five days later stated that a person named in the limited subset of Steele’s reporting had denied representations in the reporting and the [redacted] assessed that the person’s denials were truthful. A USIC report dated February 27, 2017, contained information about an individual with reported connections to Trump and Russia who claimed that the public reporting about the details of Trump’s sexual activities in Moscow during a trip in 2013 were false, and that they were the product of RIS (Russian Intelligence Services) ‘infiltrate[ing] a source into the network’ of a  [redacted] who compiled a dossier of that individual on Trump’s activities. The [redacted] noted that it had no information indicating that the individual had special access to RIS activities or information,” according to the partially declassified footnote.

Another concern regarding Steele’s unusual activity is found in footnote 210, which states “as we discuss in Chapter Six, members of the Crossfire Hurricane Team were unaware of Steele’s connections to Russian Oligarch 1.”

The question remains that “Steele’s unusual activity with 10 oligarch’s led the FBI to seek a validation review in 2015 but one was not started until 2017,” said the U.S. Official to this reporter. “Why not? Was Crossfire Hurricane aware of these concerns? Was the court made aware of these concerns? Didn’t the numerous notes about sub sources and sources having links or close ties to Russian intelligence…so why didn’t this set off alarm bells?”

More alarming, it’s clear, Supervisory Intelligence Agent Jonathan Moffa says in June 17, that he was not aware of reports that Russian Intelligence Services was aware of Steele’s election reporting and influence efforts.

“However, he should have been given the reporting by UCIS” which the U.S. Official says, goes back to summer 2016.

Footnote 342 makes it clear that “in late January, 2017, a member of the Crossfire Hurricane team received information [redacted] that RIS [Russian Intelligence Services] may have targeted Orbis.”