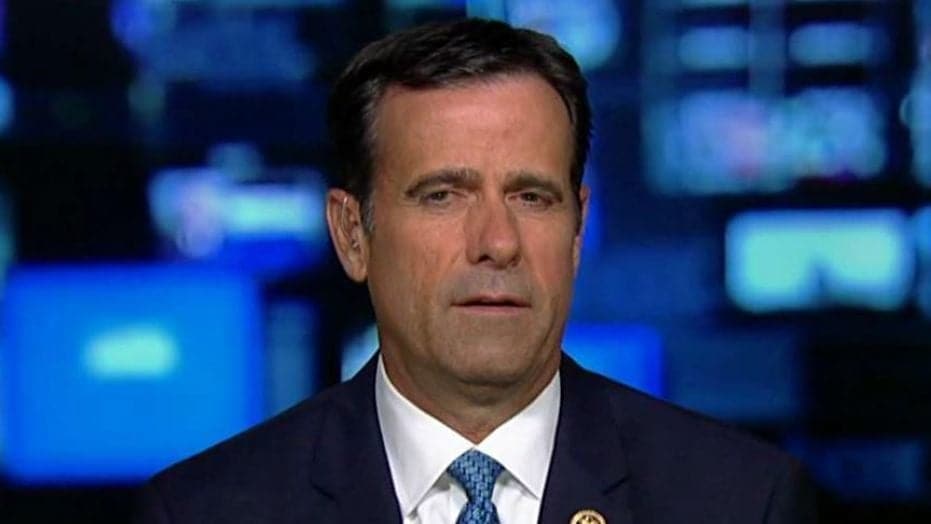 Congressional sources are concerned that the House Judiciary Committee may not follow through on its recent threat to subpoena Deputy Attorney General Rod Rosenstein if he does not agree to come forward and answer questions. The subpoena threat comes after former FBI General Counsel James Baker testified to Congress that Rosenstein’s comments about secretly recording President Trump and invoking the 25th Amendment to remove him from office were taken “seriously” by then-Deputy FBI Director Andrew McCabe and then-FBI lawyer, Lisa Page.

Over the weekend, House Judiciary Chairman Bob Goodlatte (R-VA) told Fox News that Rosenstein “has not agreed to come for a transcribed interview on the record. He needs to do that, and if he does not agree to do that very soon, I will issue a subpoena for him to appear.”  However, several sources close to the investigation contend that the threats to subpoena Rosenstein won’t carry a lot of weight and claim they must move forward with a subpoena or risk losing their credibility.

“Time is running short and the congressional break is looming, leaving lawmakers running against the clock and we believe Rosenstein is hoping that’s exactly what happens,” said a source close to the investigation, who added that “Congress has no teeth unless they make good on their threat to get to the truth.”

According to a source with the Judiciary Committee, the committee will continue to work with the Justice Department to obtain testimony from Rosenstein on the record.

Congress is also deliberating on whether it can hold embattled Fusion GPS founder Glenn Simpson in contempt, as he is refusing to be deposed by Congress for questioning and has invoked his Fifth Amendment right not to participate, according to his attorney.

Lawmakers say it is essential to get answers from Rosenstein on the recent reports that he was ‘serious’ about secretly recording Trump in May 2017 during discussions with McCabe and Page. Baker, who did not attend the meeting with Rosenstein, said that both Page and McCabe took seriously what was suggested and that it was not a joke, as the DOJ spokesperson explained after the New York Times first published the story.

Baker is expected to speak to congressional officials again this week during a follow-up deposition, said Rep. Mark Meadows (R-NC) who has been at the forefront of the investigations.

It’s a matter of when Rod Rosenstein testifies, not if he testifies

“In talking to some of the other Judiciary members they’ve said it’s a matter of when Rod Rosenstein testifies, not if he testifies, but any definitive time frame has not been agreed to,” Meadows told SaraACarter.com.  “I think they are still negotiating with Rosenstein and the DOJ.”

McCabe was fired by Attorney General Jeff Session’s early this year after DOJ Inspector General Michael Horowitz released a scathing report showing that McCabe had lied numerous times to investigators and leaked information to the media. Page resigned from the FBI in May, months after Congress discovered tens of thousands of text messages between her and her lover former FBI Special Agent Peter Strzok, which showed their anti-Trump bias and involvement in the FBI’s questionable handling of the Russia probe.

Nellie Ohr, the wife of DOJ official Bruce Ohr, is also scheduled to testify Friday but “because Glenn Simpson didn’t show up I doubt she will, let’s see,” added Meadows. Nellie Ohr worked for Simpson’s Fusion GPS research group during 2016 and was hired as a contractor to specifically work on research investigating alleged ties between Trump’s campaign and Russia. Fusion GPS, which was paid by the Democratic National Committee and Hillary Clinton campaign to investigate Trump, also hired former British Spy Christopher Steele, who compiled the salacious and unverified dossier. Bruce Ohr was demoted twice by the DOJ after it was discovered he had withheld information that his wife was working for Fusion GPS and that he was in communication with Steele. The bureau dismissed Steele from his work as a confidential informant after it was discovered he was sharing information with the media. However, the FBI continued to use Bruce Ohr as a go between to gather information from Steele, congressional investigators discovered.

On Sunday, in an interview with Fox New’s Maria Bartiromo, Rep. John Ratcliffe (R-TX) said that the FBI and DOJ have information that contradicts the FBI’s account of when the bureau’s Russia probe started. Ratcliffe, a member of the House Judiciary Committee who has seen all the documentation, said the information needs to be made public and hinted that it has to do with George Papadopoulos, who was a short-term campaign advisor to Trump. Papadopoulos, who became wrapped up in Special Counsel Robert Mueller’s investigation, was charged with one count of lying to the FBI.

Meadows said Ratcliffe, who has viewed the classified documents Congress has asked Trump to declassify, said it is imperative that the American people and Congress have access to them to understand what happened and how the DOJ and FBI handled the Russia investigation.

Republican lawmakers are asking Trump to declassify the Bruce Ohr interviews, known as the FBI 302s, the ‘Gang of Eight’ documents seen by a handful of lawmakers with top secret security clearances and the Foreign Intelligence Surveillance Act warrant used by the FBI to spy on short-term campaign volunteer Carter Page.

“It’s in the hands of the IG to make a determination on the entire body of documents and possible declassification,”  Meadows added. “We’ll have to wait and see.”