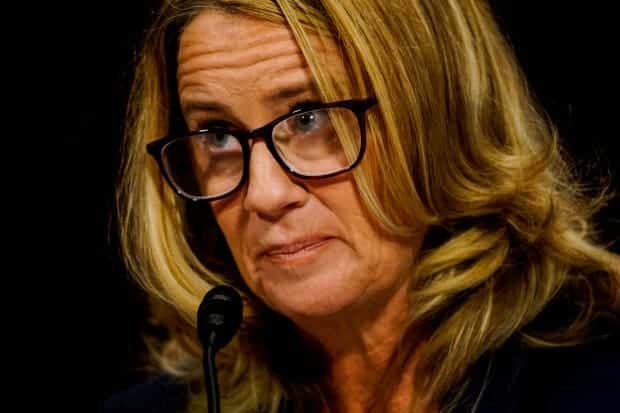 Dr. Christine Blasey Ford’s story is coming back to light after Time Magazine published Tuesday it’s list of “The 100 Most Influential People of 2019.” Ford was honored by the magazine for her ‘courage’ in coming forward with accusations of alleged sexual violence involving Supreme Court Justice Brett Kavanaugh. Democratic 2020 hopeful Kamala Harris said Ford’s story for the Time’s saying, “Her courage, in the face of those who wished to silence her, galvanized Americans. And her unfathomable sacrifice, out of a sense of civic duty, shined a spotlight on the way we treat survivors of sexual violence.”

Dr. Christine Blasey Ford’s sacrifice, out of a sense of civic duty, shined a spotlight on the way we treat survivors of sexual violence — forcing our country to reckon with an issue that has too often been ignored and kept in the dark. #TIME100https://t.co/dKOzlf77Cc

During the confirmation of Supreme Court Justice Brett Kavanaugh, Ford alleged that Kavanaugh attacked her at a high school party 35 years ago. Kavanaugh said it never happened. Moreover, several women who worked with Kavanaugh in the past defended his name. With no corroborating evidence, Ford’s case went dark and Kavanaugh was confirmed to the Supreme Court. However, Senator Kamala Harris vehemently opposed Kavanaugh’s confirmation standing by Ford.

“When Dr. Christine Blasey Ford came forward with serious and credible allegations of sexual assault, not only was she attacked by Senate Republicans, she was mocked by the President of the United States,” said Harris in her 2020 campaign announcement.”The White House then prevented the FBI from investigating critical aspects of the allegations or interviewing key witnesses—not even permitting the FBI to interview Judge Kavanaugh and Dr. Ford.”