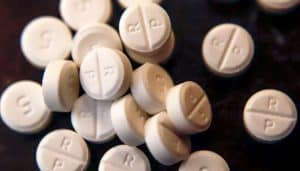 The Center for Disease Control and Prevention (CDC) says it expects the death toll from drug overdoses to hit 75,500 by the end of 2020, according to alarming preliminary estimates from the public health institute.

Coverage of the opioid crisis has fallen to the wayside this year as the nation and the rest of the world contend with the largest pandemic in a century.

Before the novel coronavirus arrived on the scene, the opioid crisis was already deadly and far-reaching in scope. Most deadly is how the pandemic has exacerbated drug abuse.

Since the start of the COVID-19 lockdowns, drug use has shot through the roof—both for opioids and drugs like cannabis. This is mostly because the millions of Americans who have been cooped up in their homes often feeling depressed, anxious, stressed, lonely, and bored—factors that increase a person’s likelihood of using drugs.

However, it is worth noting that “party drug” usage has fallen significantly this year, according to a more internationally focused July survey from The Economist, with “party drugs” here referring to ecstasy, cocaine, and ketamine. Cannabis, however, has seen the biggest uptick in usage, the same study found.

The CDC report published on Wednesday found that, in the first three months of this year, there were 19,416 drug-overdose deaths, a 10% spike from the same period in 2019, which saw 16,682 deaths. Between February and March alone, there was a 10,000-person death increase.

RELATED: 73% uptick in overdose deaths in 2020 so far in Ohio county: Coroner’s report

Demographically, the group most impacted was white males who fall between the ages of 25 and 64, which is not a significant change from pre-pandemic trends.

What drives home the true scale of this crisis, however, is that only 13 U.S. states have reported a decrease in overdose deaths this year so far, the report said.

These results are preliminary and more data is expected to be published about 2020, likely sometime after the start of 2021.