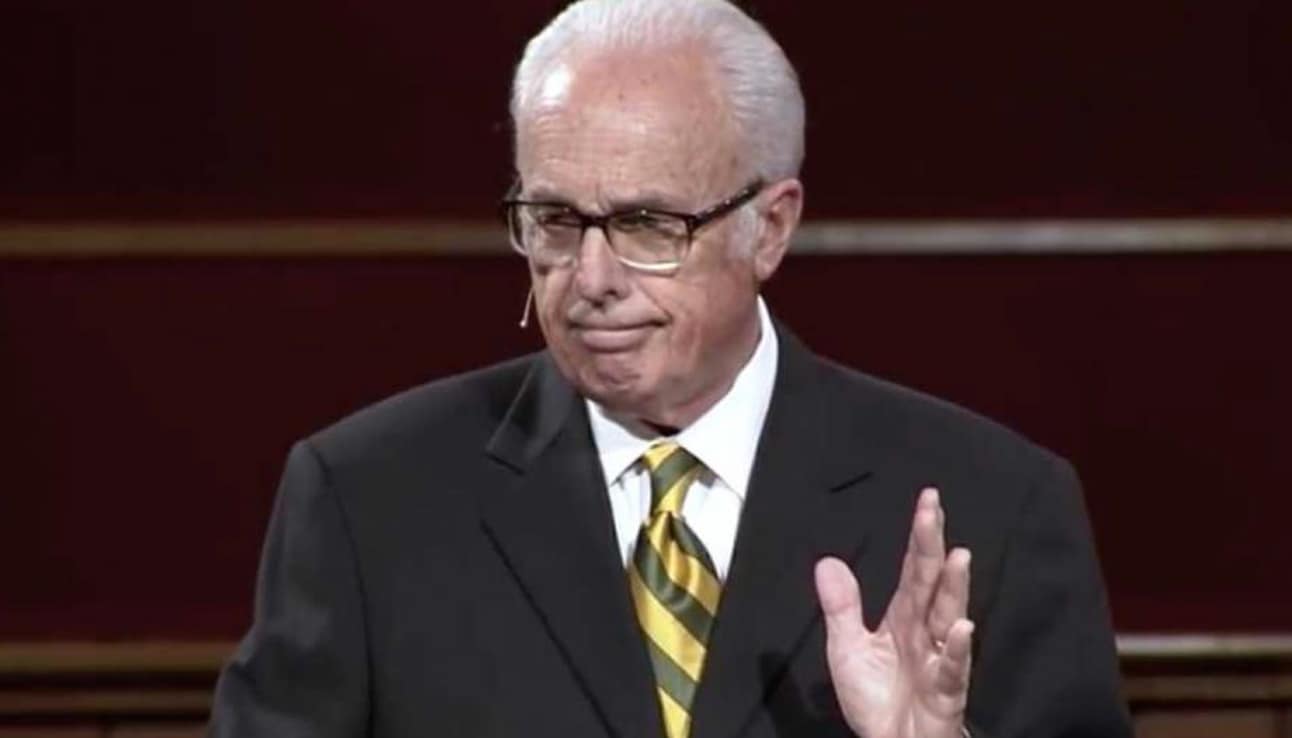 Listen to “Jenna Ellis: A vote for Biden is a vote for the destruction of America” on Spreaker.

Jenna Ellis, one of the lawyers representing Pastor MacArthur appeared on “The Sara Carter Podcast” Thursday after this article was published. Ellis argued that church is an essential service that the American people have the right to access in this time of need.

“Imagine if in the midst of the COVID-19 pandemic, the hospitals were closed and they said, ‘Well, you know what, we can’t treat people with their physical ailments.’ That’s essentially what the state of California is doing to our spiritual condition,” she told Carter. “And they’re saying we are closing houses of worship indefinitely so that they can’t provide the essential care and service to people who are out of jobs who are displaced, who are going through a lot of, you know, just regular everyday things as well, that the church provides the essential service for and so this is absolutely an infringement on our constitutionally protected right to freely associate and assemble, and also our free exercise of religion.”

A well-known California pastor has hired several prominent lawyers to challenge the state of California’s Gov. Gavin Newsom and the city of Los Angeles over its draconian measures to keep his church closed as part of the state’s COVID-19 response.

Grace Community Church Pastor John MacArthur, who has been in a front line battle against Newsom, will now be represented by nationally renowned attorneys Jenna Ellis and Charles LiMandri. Ellis serves as private counsel to President Donald Trump and LiMandri is a constitutional law attorney, religious freedom expert, and Special Counsel for the Thomas Moore Society.

The announcement was made Wednesday through The Thomas More Society, which is a non-profit “national public interest law firm dedicated to restoring respect in law for life, family, and religious liberty.”

Ellis, who also served on Trump’s legal team for the 2020 impeachment trial, has staunchly supported the churches against what she has said are unconstitutional actions by a number of Democratic governors to target religious institutions.

MacArthur has stood his ground against Newsom. He told Fox News this week that “never before has the government invaded the territory that belongs only to the Lord Jesus Christ and told us, we can’t meet. We can’t worship. We can’t sing.”

Recently, the city of Los Angeles sent a cease and desist letter threatening the pastor and the Grace Community Church of a daily fine of $1000 or arrest if it remains open. MacArthur isn’t budging.

He is one of many pastors and religious leaders across the country questioning stringent measures being implemented by some governors that are intended to mitigate the spread of the novel coronavirus. However, many church leaders are rightfully fighting back by pointing out that people are congregating in many social settings, like grocery stores, and that religious needs are not only essential but a constitutional right.

“This is not the first time we as Christ’s church have stood for Truth,” said MacArthur in a press release. “We will continue to stand firm for the Truth today like we have every prior day in our 63-year history and in the over 2000-year history of the biblical, New Testament Church. We stand firm to continue fulfilling our biblical mandate from Christ to proclaim the Gospel and assemble together, and I earnestly hope that our stance will encourage other pastors, churches, and the general public across America and the world to also stand firm for biblical Truth. Church is essential.”

Ellis and LiMandri are ready to fight for MacArthur. The legal pair noted in their press release that Grace Community Church, along with its “Ellder Board, and Pastor MacArthur have been the target of unconstitutional religious discrimination by the City of Los Angeles and the State of California, amid the State’s order to cease in-person church assembly indefinitely. Grace Community Church and Pastor MacArthur, known worldwide for their ministry and seminary, have enjoyed an impeccable 63-year history of serving the Los Angeles community in person and having a reputation for good citizenship and deference to legitimate state authority.”

MacArthur has argued that California is using the “pretext of COVID-19 to attempt to force churches to close indefinitely.”

He is fighting the “illegitimate, over-broad, and unconstitutional order to indefinitely cease assembly, and exercising their religion and sincerely held religious beliefs, forced Grace Community Church to defy the order and continue exercising their rights, seeking shelter in the guaranteed religious freedom protections of the United States and California constitutions. By unanimous vote of the Elder Board, led by Pastor MacArthur, Grace Community Church issued a statement July 24, 2020 explaining their decision,” the press release states.

“Pastor MacArthur and Grace Community church are not disobeying the Constitution; it is California’s Governor Gavin Newsom and Mayor Eric Garcetti that are defying their constitutional obligation to protect religious freedom and church assembly,” said Ellis.

She said that the “American system of government specifically recognizes that our individual, fundamental right to free exercise of religion and freedom of assembly is a pre-political, God-given, inalienable right.”

“That right is not given by the government or the Constitution, but rather, government is mandated by the Constitution to preserve and protect it for the church,” she said. “Grace Community Church has every right to assemble without impossible and unreasonable infringement from the state, and the state has absolutely no power to impose the restrictions it is demanding. Church is essential, and the government has no power to arbitrate whether religious organizations are essential. This is not about health and safety, it is about targeting churches.”

LiMandri notes that Newsom’s stringent regulations are not only unconstitutional but “discriminate against churches by treating them less favorably than other organizations and activities that are not protected by the First Amendment.”

“Pastor MacArthur and his church, as well as all churches, are entitled to practice their religion without government interference,” LiMandri said. “This is especially the case when the government has given free rein to protestors, and is not similarly restricting marijuana dispensaries, large retail outlets and factories, and abortion providers.”

“The government orders are also unconstitutional because there is no compelling need for the onerous restrictions on the churches at this time,” he said. “The hospitals are not overwhelmed and the percentage death rate from COVID-19 is now extremely small. It is time for Governor Newsom and Mayor Garcetti to recognize what President Trump has already proclaimed: Churches are providing an ‘essential’ service to the people. Therefore, they must be allowed to serve the people in the manner in which God has called them.”