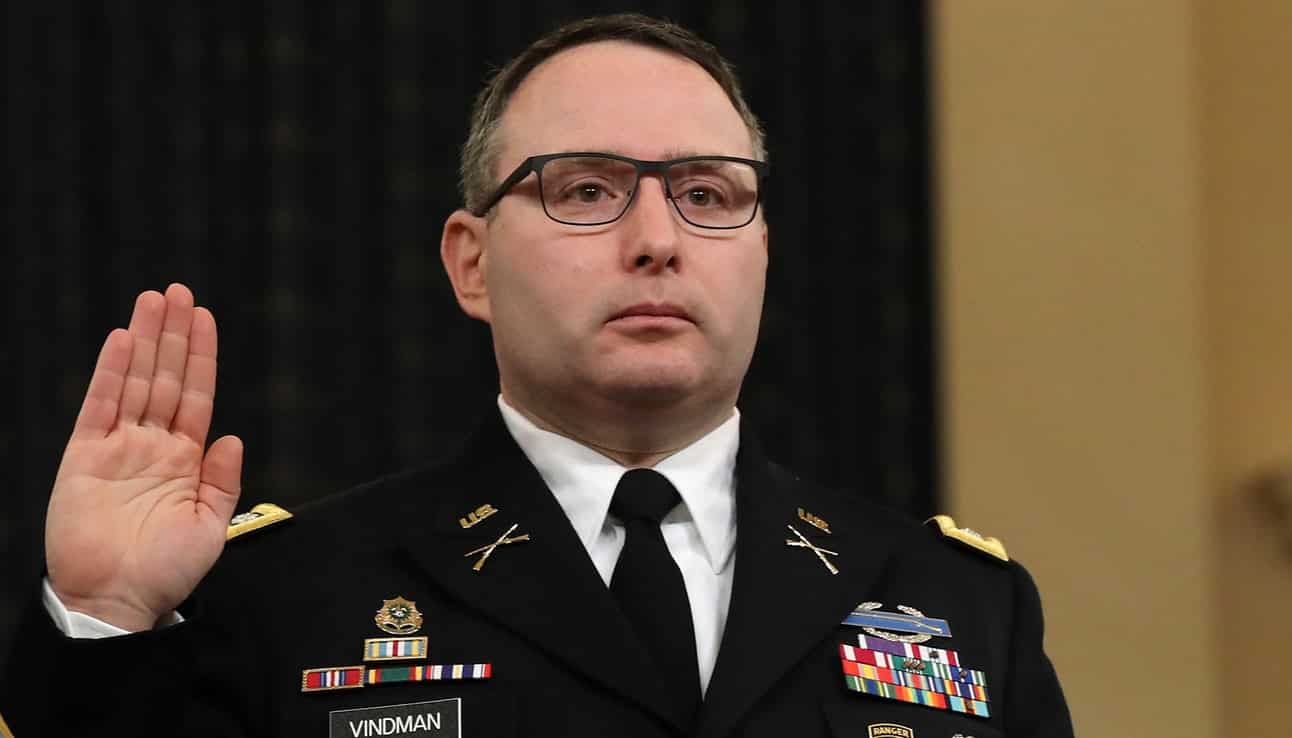 Byron York, a Washington Examiner columnist spoke to Laura Ingraham on Wednesday about how the investigators came to realize that the person driving the events of ‘Ukraine Investigation’ wasn’t the so-called whistleblower, but none other than Lt. Col. Alexander Vindman.

In his new book, “Obsession: Inside the Washington Establishment’s Never-Ending War on Trump“, Byron York reveals the details behind the House and Senate hearings on the Ukraine investigation.

“And Lieutenant Colonel Vindman was one of several people who had listened to the Trump-Zelensky phone call. But he was the only one who was disturbed by what took place. He was the only one who thought there was a problem there. So when he was interviewed by the House, remember, in those secret sessions that the Intelligence Committee. They said, well, who outside the White House did you tell about this phone call? And he said, I told two people, said, well, who are they? One of them was George Kent, who was a State Department official and who was specialized in Ukraine. Who was the other one? Well, he was in the intelligence community. And at that point, Rep. Adam Schiff and other Democrats interrupted. You cannot say, you cannot ask the other person he spoke to. And Republicans said, well, why? Why can’t we ask about that? And they said because it would tend to identify the whistleblower. So it didn’t take a real rocket scientist to figure out that the source of this, the original source of this was Lieutenant Colonel Vindman.”