Burgess Owens: Democrats Are ‘Frantic’ That The Black Vote Is Leaving Their Party 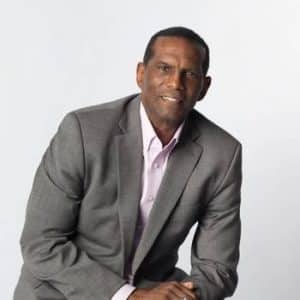 The Democratic party is “frantic” that an increasing number of black Americans are leaving the party to back President Donald Trump and Republicans in the November election, Former Oakland Raiders Super Bowl star and Republican candidate for Congress Burgess Owens explained to “The Sara Carter Show” on Thursday’s episode.

Right now, the party is “frantic that they are going through they realize that the black people black vote is leaving them,” Owens told Carter adding that “they try to do everything they can and they’re not going to get us back.”

Many Democrats have seized the opportunity of the tragic death of George Floyd and the anger that followed. “They will have to think outside of the emotions they have. Then you destroy their family. You make sure they don’t say anything about respect of anything. No respect of God country, family, or women. You take that. That is a concoction for disaster. So what we have to understand is that they will continue to lie. That’s what godless people do. There’s no shame there’s no consciousness. There’s no maybe I should apologize. Their end game is power.”

At the end of the day, Owens said, it’s about winning the 2020 election and nothing else for Democrats and they have “no shame” in doing so. “You have Marxist governors and mayors who will put their knee on the neck of their own constituents so that they will feel pain and hopelessness. And therefore in November, they’re going to think that this is not the way people are broken people.”

“This is not organic. black people right now are not going in and burning down their own black businesses it’s Antifa. And that’s why I love the fact that we now have got a president who’s going to call out for it. We have domestic terrorists. People are trying to take down our country we have because of this Marxist ideology. These governors and mayors could care less and represent could care less about the pain it brings as long as they get their power back. So yeah this is a power play and the great thing about this is this we can now talk across the board among about Americans about we the people do we want to work to vote for those who are against us doing these bad times or those who give us hope.”