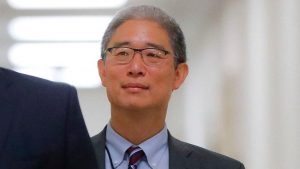 Department of Justice senior official Bruce Ohr’s testimony contradicts testimony given by other senior government officials and key witnesses who testified before Congress regarding the FBI’s investigation into President Trump’s 2016 campaign and alleged collusion with the Russian government, according to the full transcripts released Friday.

It also reveals that many questions are still left unanswered.

The Contradictions and The Revelations

4. Deputy Attorney General Rod Rosenstein would not answer questions to lawmakers during testimony about when he learned that Ohr’s wife, Nellie Ohr, was working for Fusion GPS. Just check this out from Rep. Matt Gaetz’s interview with Judge Jeanine on Fox News.

“Rod Rosenstein won’t tell us when he first learned that Nellie Ohr was working for Fusion GPS,” said Gaetz, in August, 2018. “So I want to know from Bruce Ohr, when did he tell his colleagues at the Department of Justice that in violation of law that required him to disclose his wife’s occupation his sources of income. He did not do that. So when did all of the other people at the Department of Justice find this out because Rod Rosenstein, I’ve asked him twice in open hearing and he will not give an answer. I think there’s a real smoking gun there.”

However, in Ohr’s testimony he says he told the FBI about his wife’s role at Fusion GPS but only divulged his role to one person at the DOJ: Rosenstein. At the time, Rosenstein was overseeing the Trump-Russia probe, and had taken the information from Ohr and gave it to the FBI. Just read The Hill’s John Solomon full story here for the full background on Ohr’s testimony. I highlighted an important date below: remember Rosenstein wouldn’t answer lawmakers questions as to when he knew about Nellie Ohr. It also appears he failed to tell lawmakers about the information he delivered to the FBI.

Ohr stated in his testimony: “What I had said, I think, to Mr. Rosenstein in October of 2017 was that my wife was working for Fusion GPS… The dossier, as I understand it, is the collection of reports that Chris Steele has prepared for Fusion GPS.”

Ohr added: “My wife had separately done research on certain Russian people and companies or whatever that she had provided to Fusion GPS…But I don’t believe her information is reflected in the Chris Steele reports. They were two different chunks of information heading into Fusion GPS.”

5. Ohr also told lawmakers in his testimony that the former British spy, Christopher Steele was being paid by the FBI at the same time he was getting paid by the Hillary Clinton campaign and the DNC. However, there was another player paying Steele and it was a Russian oligarch named Oleg Deripaska. Deripaska, a tycoon connected to Russian President Vladimir Putin, had well known animus toward his former friend Paul Manafort.

Rep. Mark Meadows asked Ohr during testimony “Did Chris Steele get paid by the Department of Justice?

Ohr’s response: “My understanding is that for a time he was a source for the FBI, a paid source.

In the testimony Ohr also revealed that Steele had told him details about his work with Deripaska saying Deripaska’s attorney Paul Hauser “had information about Paul Manafort, that Paul Manafort had entered into some kind of business deal with” Deripaska. Ohr said Manafort “had stolen a large amount of money from” the Russian Oligarch and that Hauser was “trying to gather information that would show that.”