Bruce Ohr: FBI Knew About Bias Before Getting a FISA On Carter Page 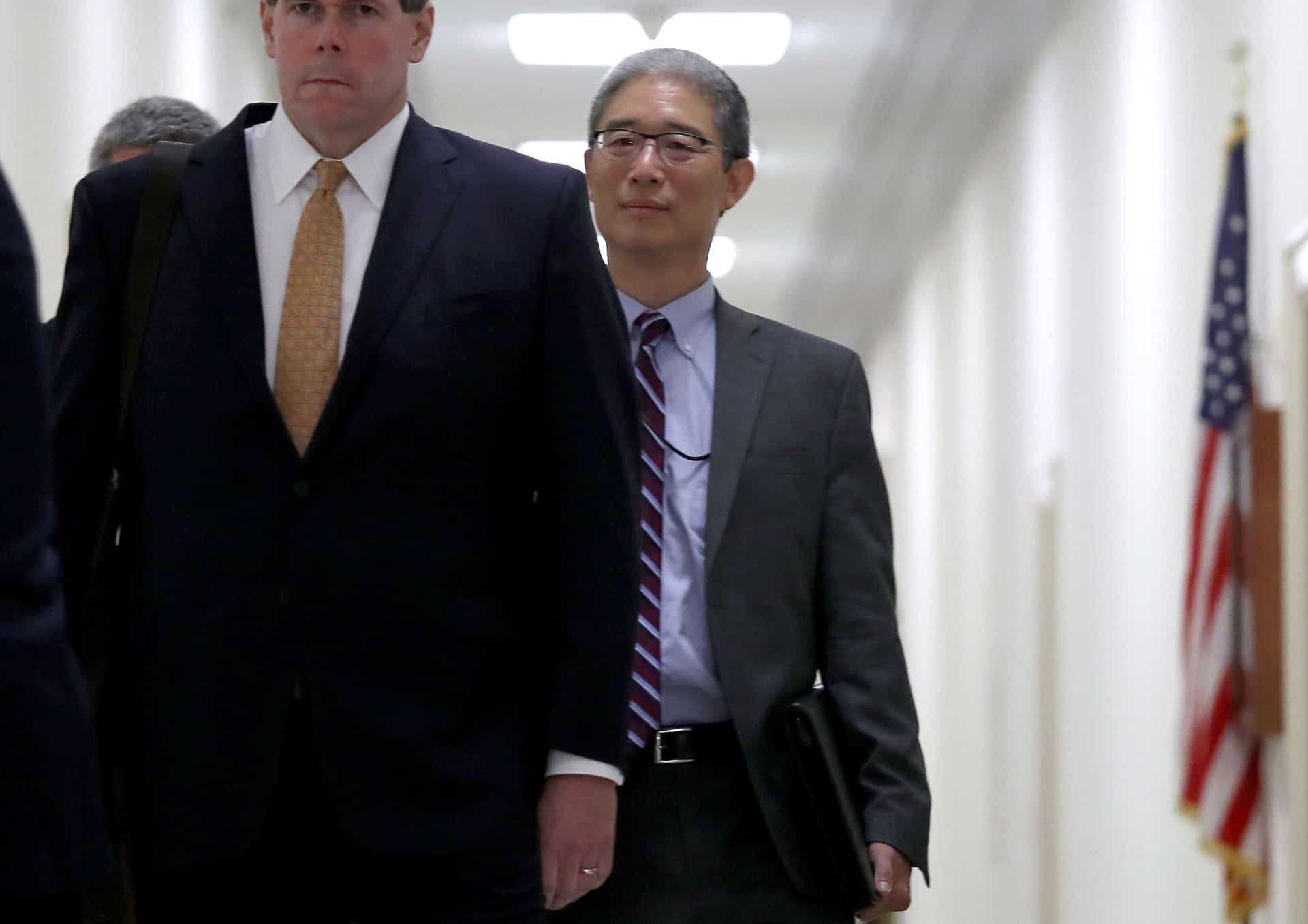 Senior Justice Department official, Bruce Ohr testified Tuesday that prior to obtaining the Foreign Intelligence Surveillance Act (FISA) warrant on short-term Trump campaign volunteer, Carter Page, the FBI was aware that former British spy and anti-Trump dossier author, Christopher Steele was biased against then-candidate Trump. He also stated that the FBI knew that his wife, Nellie Ohr was working for Fusion GPS, the now-embattled research firm which was hired by the Hillary Clinton campaign and the DNC to compile the dossier with Steele. This, according to Congressional sources with direct knowledge of Ohr’s closed-door deposition.

Ohr stated during his hours-long testimony that the FBI failed to disclose this pertinent information to the nation’s secret Foreign Intelligence Surveillance Court (FISC) when it sought an application to spy on Page. The FBI also failed to disclose that when it sought the application, it was using senior Justice Department official, Bruce Ohr as a cut-out for a source the bureau had terminated.

Ohr had also communicated with senior members of the FBI, including former Deputy Director Andrew McCabe, FBI attorney Lisa Page, and former FBI Special Agent Peter Strzok, at the bureau but stated that his superiors at the Justice Department were not aware that he was being used as a source for the FBI’s investigation into the Trump campaign, according to sources who spoke to SaraACarter.com.

“When it comes to the dossier, the hours of testimony from Bruce Ohr only further confirm how wrong the FBI operated,” Rep. Jim Jordan (R-OH) told this news outlet. Jordan would not give details on the testimony but stated that Ohr’s deposition was a necessary part of the investigation and getting to the truth.

It’s astonishing the FBI kept the information from the court

Page, who left the FBI earlier this year and whose anti-Trump text messages exposed her relationship with Strzok, downplayed during her communications with Ohr during her congressional deposition last month. Strzok, who served for 22 years in the FBI, was fired from the bureau earlier this month by FBI Deputy Director David L. Bowdich. Bowdich’s decision to fire Strzok actually overruled the FBI’s Office of Professional Responsibility, which recommended a 60-day suspension and demotion.

“It was obvious early on that Bruce Ohr was the backchannel for Steele,” said a congressional source with direct knowledge of the testimony. “The FBI was aware of potential bias of Nellie Ohr and they knew about Steele’s bias early on but never included it in the FISA application. It’s astonishing the FBI kept the information from the court: the fact that there was a back channel after they terminated Christopher Steele and also Fusion GPS, knowing Ohr’s wife was working there.”

Another congressional source, involved in the investigation of Bruce Ohr, tells SaraACarter.com, “The DOJ refused to disclose all kinds of biases to the FISA court. The fact that they didn’t tell the court that Fusion GPS was paying the wife of a top DOJ official to work on the Steele dossier, parts of which the DOJ cited to get a warrant to spy on an American citizen, is another stunning and inexcusable failure.”

Steele was terminated as a source by the FBI when the bureau discovered he had been leaking information to the media in the summer of 2016. However, he maintained contact through Ohr, according to the sources. It was after the election when the FBI began interviewing Ohr about his communications with Steele. According to the House Intelligence Committee’s Russia report in September 2016, Steele told Ohr about his dislike for Trump, saying he “was desperate that Donald Trump not get elected and was passionate about him not being president.”  Congressional investigators have argued that the FBI officials duped the FISA court by not disclosing this information on their warrant to surveil Page.

On Tuesday, Rep. Darrell Issa, a California Republican, told Fox News that “Bruce Ohr is creating a link for us between people… who had animus, who were, in fact, desperate to stop candidate Trump from being President Trump.”

.@DarrellIssa on DOJ official Bruce Ohr questioned on contacts with anti-Trump dossier author: "Bruce Ohr is creating a link for us between people… who had animus, who were, in fact, desperate to stop candidate Trump from being President Trump." https://t.co/mnMKzlbmRj pic.twitter.com/GS3tQF40Vy