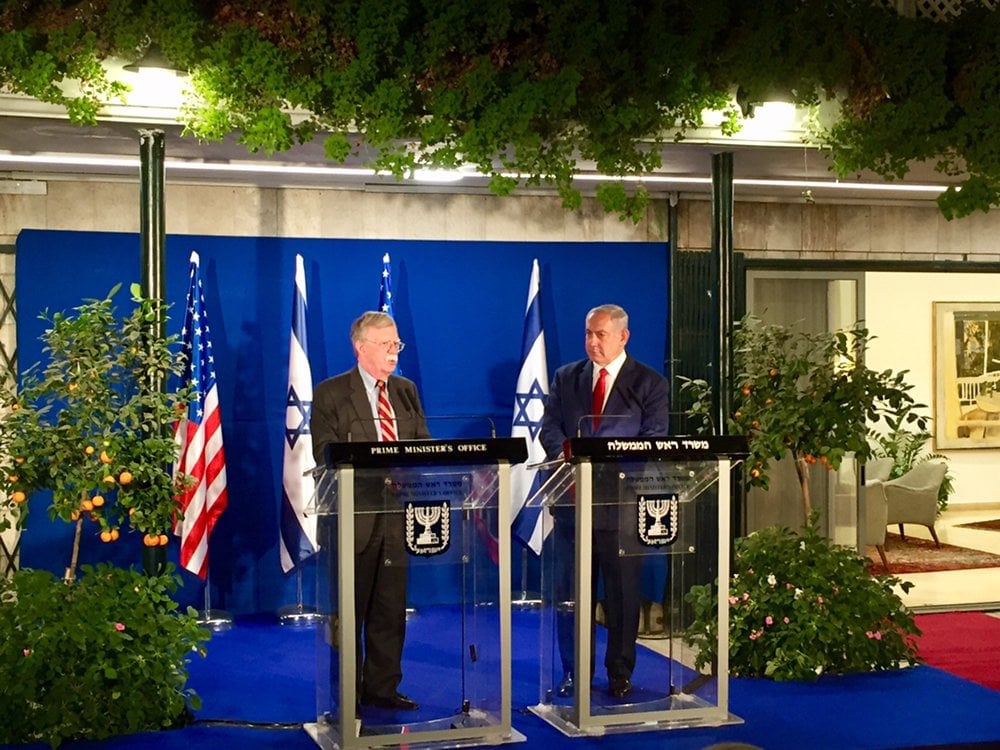 Bolton’s trip to Israel came on the heels of President Trump’s announcement to withdraw troops from Syria last month. That decision, which was highly criticized by some Democrats and Republicans, would have forced troops to withdraw within 30 days, according to the Associated Press

But that has now changed.

The administration is now extending the drawdown of forces based in northern Syria to four months, according to reports. Critics suggested that Trump’s original plan to abruptly withdraw forces would leave a security gap in the region and open the door for Islamic State to resurge. There was also criticism that the withdrawal would give Iran, along with Russia, the upper hand in the region.

For example, Bolton suggested now that the withdrawal be contingent upon the defeat of Islamic State (ISIS) in Syria and the drawdown would not be immediate.

“I met with PM (Benjamin Netanyahu), the Director of Mossad, and the Israeli Atomic Energy Commissioner,” said Boton in a Tweet Sunday. “Discussions included our ongoing efforts to expand and enhance our historic partnership with Israel, our mutual response to the threat from Iran, and the coordinated U.S. drawdown in Syria.”

I met w/ PM @netanyahu, the Director of Mossad, & the Israeli Atomic Energy Commissioner. Discussions included our ongoing efforts to expand & enhance our historic partnership w/ Israel, our mutual response to the threat from Iran, & the coordinated U.S. drawdown in Syria.

Many thanks to my Israeli counterpart, National Security Adviser Meir Ben-Shabbat, for his hospitality as we continue to elevate the cooperation between our NSCs.

Moreover, Bolton also renewed the administration’s commitment to continue weakening the Iran regime from nuclear weapon capabilities and their expansion in the region.

As part his Middle East trip, Bolton arrived in Turkey Monday, where he planned to discuss the fate of U.S. allies remaining on the ground in Syria. Part of those discussions include the strategic partnership between U.S. forces with the Syrian Democratic Forces in the region. Those Syrian forces are comprised of several ethnic groups, which include the Kurdish people. Kurds have sought protection from extremism and their ongoing battles against Turkish forces in Syria.

Bolton did not provide a specific deadline for removal of U.S. troops.