Biggs: Omar Wants To ‘Destroy’ The Very Gov. That Gave Her Safety, Success 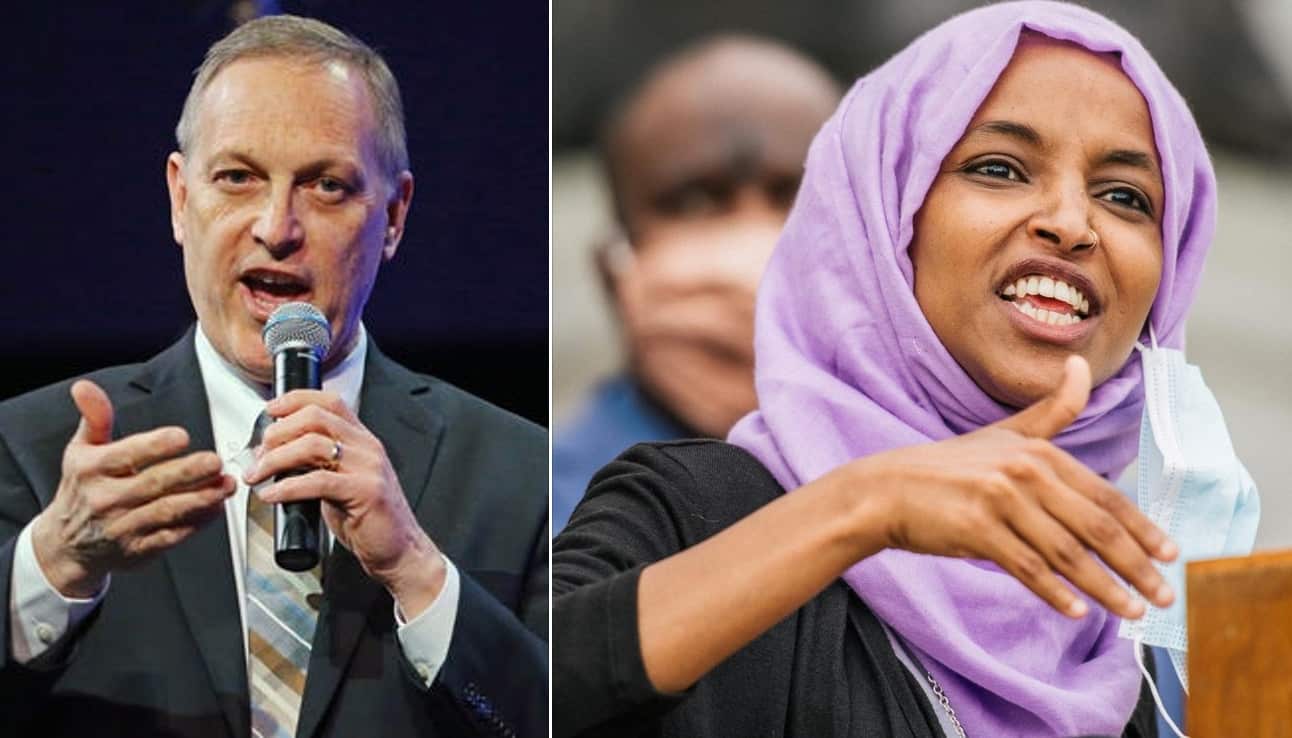 America is the most remarkable country in the history of the world. How else can you describe the astonishing nation that has a system of government and economics that has allowed more people to attain prosperity and personal freedom than anywhere else…ever?

Think of it this way. Can you imagine any other country in the world that would welcome a refugee from one of the most troubled spots on the planet, Mogadishu, Somalia, and give that refugee the same opportunities of every citizen of that country?

With those opportunities available, Rep. Ilhan Omar, D-MN, was able to run for and win office in the highest legislative body in the nation, Congress!

And, indeed, that body is actually the highest legislative body in the world because it governs the most powerful, the freest, and most prosperous country on the planet.

What a great country.

But, that isn’t where our national greatness ends. American exceptionalism is evidenced in the fact Omar, who now sits in the United States Congress, can demonstrate such a lack of gratitude, such a lack of humility, and such a lack of understanding of the nation she helps govern, that she can make outrageous calls to terminate the very government that provided her the opportunity for safety and success.

While sitting in the United States Congress, she advocates burning down the entire economic, social, and government systems that have allowed her to rise to a position of prominence in our nation. She seems to hate the very nation that she and her family petitioned for salvation as they were in peril in her native home.

One thing that marks America’s greatness, a place that people are striving to enter, is that someone so ungrateful can make such hateful statements without concern that her anti-American rhetoric will be censored by the government. She can attack the very system she has used without the fear of arrest.

She can worship as she pleases. She can run for political office. She can associate with whom she chooses. She can own weapons, were that her preference. She can avail herself of every right recognized in the Bill of Rights.

And, with a vile screed, she can condemn this nation, advocate for Marxian causes, and still hold her position in Congress. Even though she took an oath to defend the Constitution against all enemies foreign and domestic.

Omar’s advocacy to tear down our system seems to indicate a willingness to forego her obligations under the oath of office she took.

The greatness of America lies in the fact that the voters of her congressional district get to decide if they are willing to reelect someone who wants to destroy our system of government.

Our American exceptionalism is evidenced in that it is the United States Congress that gets to determine whether she should be disciplined for advocating the demise of our system, and whether she has violated her oath of office.

Our people and elected officials make the decision on discipline and not some secret police force.

And, moreover, our system of government always comes back to the base of political power in America, the American people. There is no inherent power in political office in this country. Elected officials have received authority, which has been delegated to them by the people under the charters of government.

And, the fact that a member of Congress hubristically wants to ignore, and even destroy our system of government, should give all of us concern.

At the same time, however, it should also remind us what a truly great country we live in. And, motivate us to defeat her dangerous and radical ideas. We must always defend this remarkable nation, this America.

Column: Rep Andy Biggs is a Republican and Arizona native. He represents Arizona’s Fifth District. He is the Chairman of the Freedom Caucus and has been instrumental in uncovering the Russia Hoax as a member of the House Judiciary Committee.